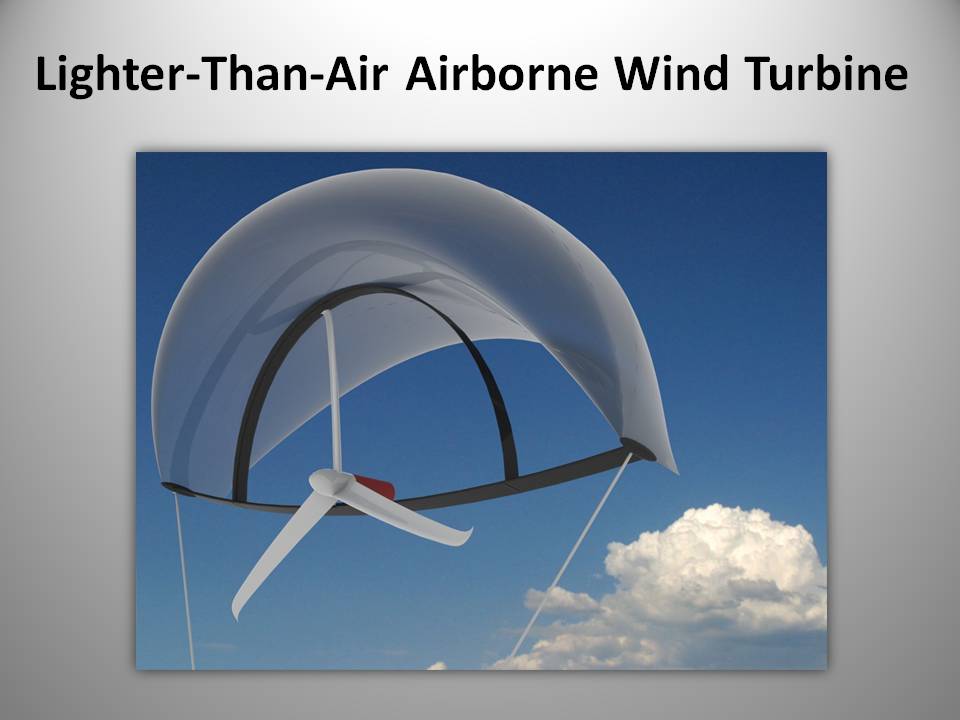 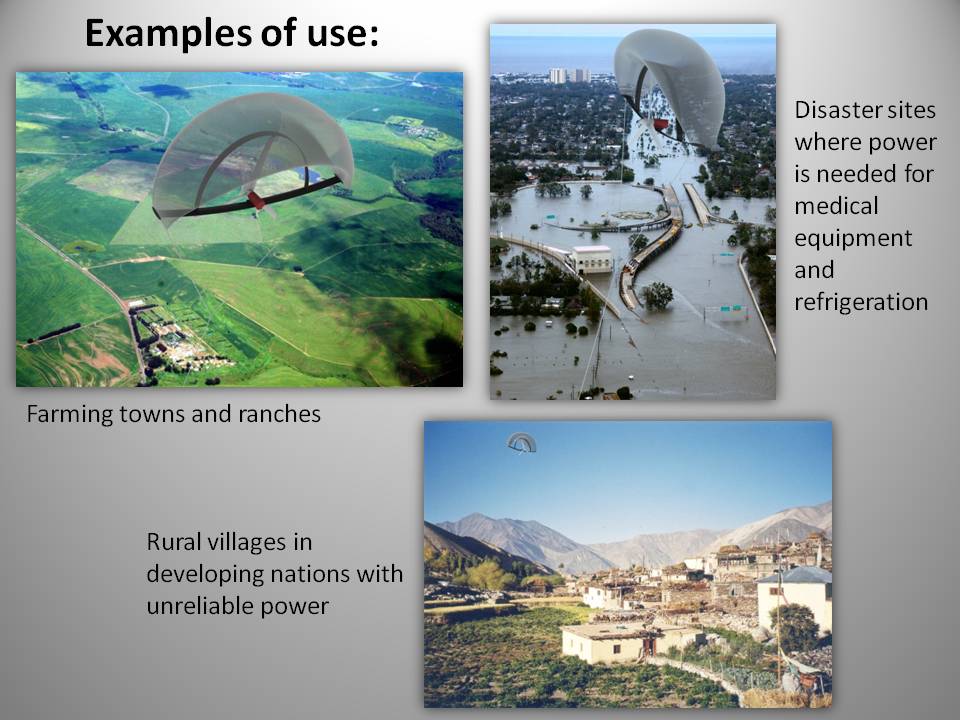 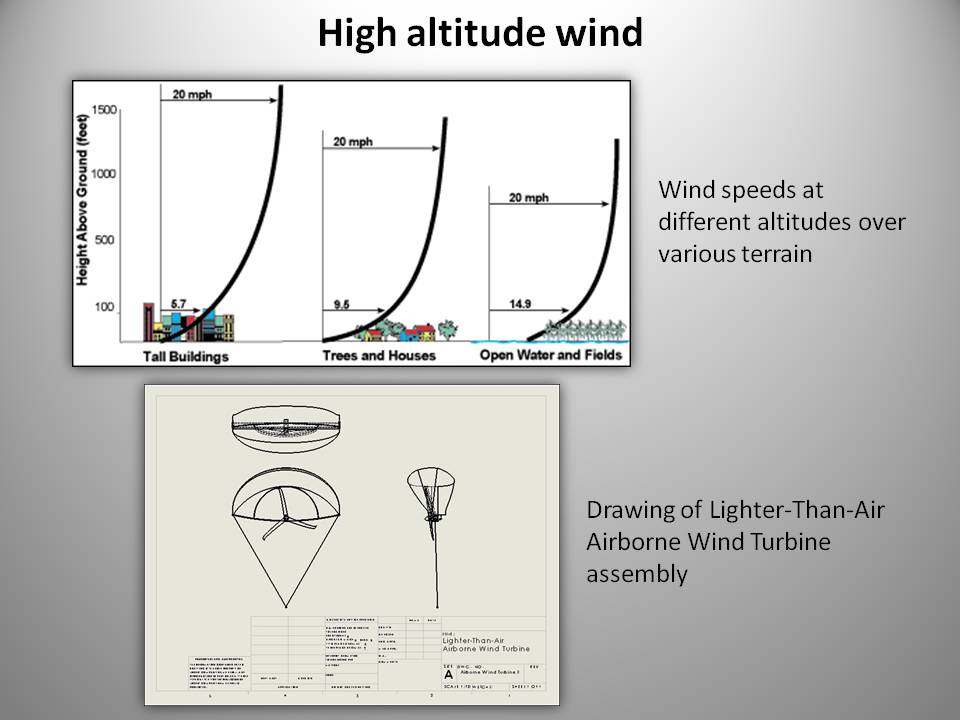 In the near future, there will be a great need for alternative sources of energy. Wind energy could fulfill much of the world’s energy demand, unfortunately, the majority of its power is located high in the sky.

Large wind turbines are noisy, require large capital investments and are dangerous for animals. They only operate part-time and require relatively high wind speeds to begin spinning. This limits where wind farms can compete in the energy marketplace.

One of the problems with ground-based turbines is unreliable wind at ground level. Alternatively, at higher altitudes, the wind blows faster and more consistently. Since wind power is proportional to velocity cubed, a small increase in speed will greatly increase harnessed power.

The most efficient way to harness the stronger, more consistent winds is with my lighter-than-air Airborne Wind Turbine (AWT). It comprises of a wind turbine mounted to a tethered, helium-filled airfoil. The frame is carbon fiber, while the airfoil is the same plastic and fabric commonly found on airships. Power is transmitted through the tether to the base, which holds the tether reel. The system is scalable to accommodate different needs and has the option of steering like a paraglider. The lift created by the airfoil is capable of elevating the AWT to higher altitudes and stronger winds. In the absence of wind, it reaches equilibrium at lower altitudes and the tether reels itself in. AWTs above certain altitudes are positioned to not interfere with air traffic, equipped with lights for increased visibility, and have lightning rods. Additionally, the turbine could be reeled in and secured during strong storms.

The benefits of AWTs include more consistent energy production, decreased overall cost compared to systems with similar energy output, and lower installation cost and price per kWh. Currently, there are no lighter-than-air rotating propeller wind generators on the market. Similar products are in development but most assume the winds are constant, use heavier-than-air kites or turbines, and are at risk of falling when the wind stops.

Since AWTs have a smaller overall package and could easily be shipped, they could be used almost anywhere. Small rural towns in developing nations with unreliable power, disaster sites, farms, and off-the-grid residencies would gain the most benefit from AWTs. If a large number were dispersed around the world, they could provide a significant portion of our energy needs.

By using a scalable, plug-and-play system with a lower price point than the competition, my AWT would be more attractive to consumers. Producing my design would require no new manufacturing processes. Composite fibers, plastics, fabrics, and cable reels have been manufactured for the aerospace industry for years; therefore, production costs would be relatively low. A new design for an electrically conductive, high strength tether may be needed but could be manufactured like other tethers.