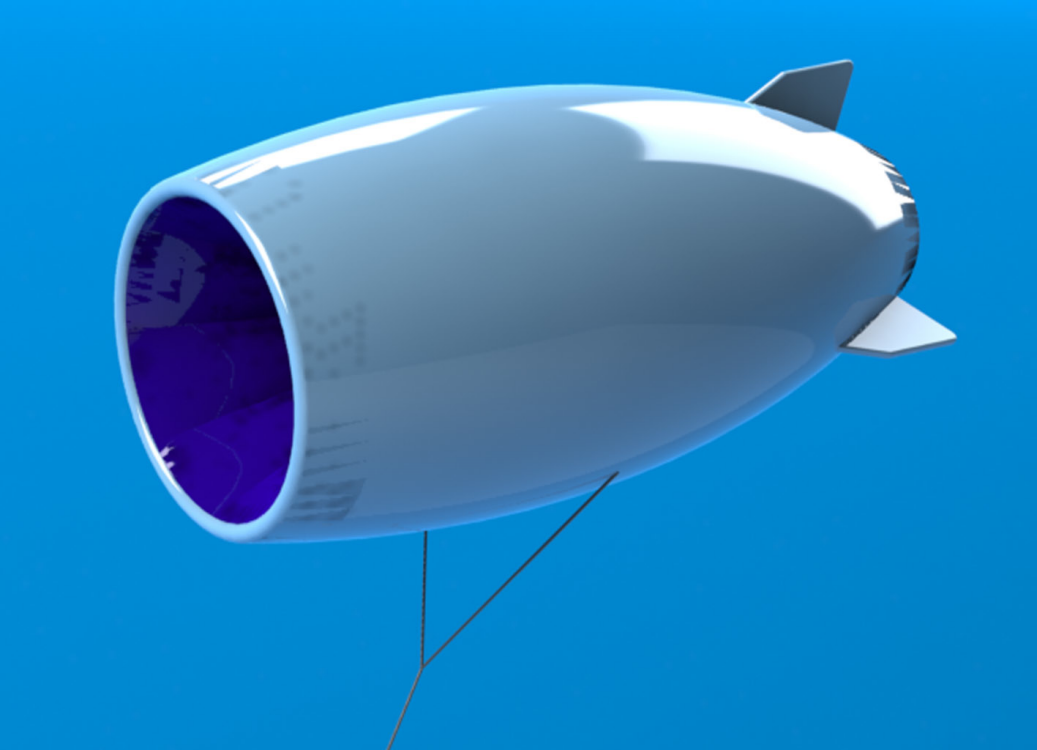 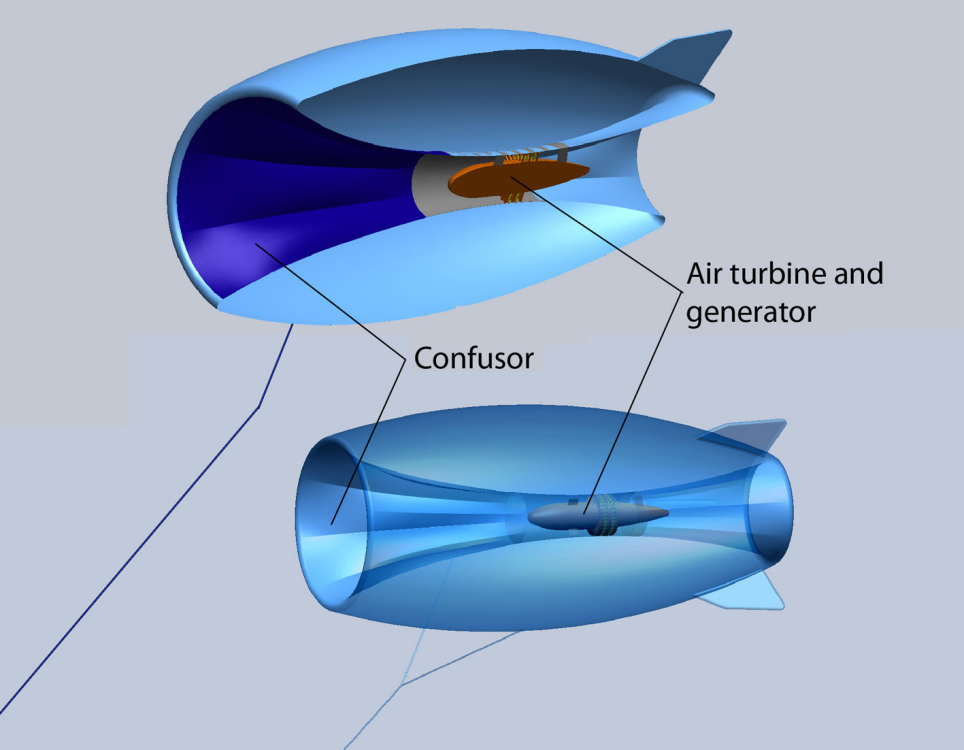 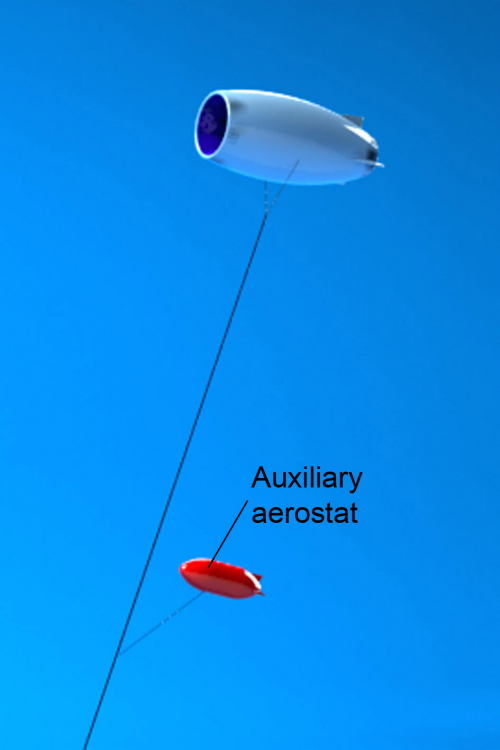 The power densities in high altitude winds (4600 m and above) exceeds a 20 kW/m2 seasonal average and this is the highest power density for a large renewable energy resource anywhere on Earth. It exceeds the power densities of sunlight, near surface winds, ocean currents, hydropower, tides, geothermal, and other large-scale renewable resources. For more detailed information go to http://www.skywindpower.com/ww/index.htm .
Various systems have been examined to capture this energy, but for capturing required amount of airflow this systems use huge rotors, similar to rotors of a ground mounted wind turbines. To lift up such facilities in altitude 4000 m and above, to maintenance and periodically changing rotor blades, creates a bundle of problem.
There is another well-known (in the ground level) approach, based on use of air confusors, specially shaped air channels that transmit the airflow from large inlet to much smaller outlet and to air turbine, while the velocity of airflow rise.
However, to lift the facility above 30 m diameters and 100 m length in altitude 4000 m seems to me still problematically.

This invention utilizes a toroidal-shaped aerostat with interior channel, shaped as confusor. A cover of the channel is a part of aerostats cover and the shaping structure is also a part of the aerostats common structure.
The air turbine, combined with electrical generator, is mounted along the central axis of confusor.
This design gives an opportunity to utilize the big area airflow and a small diameter air turbine in one system. In addition, the small diameter air turbine operates in high speed and thus ensures a satisfactory power-to-weight ratio of an electrical generator.

Built in dimensions of airships USS Los Angeles or LZ 127 Graf Zeppelin – above2000 m length, 200,000 m3 volumes – this facility can capture airflow from an area about 1200 m2; that corresponds 20 MW kinetic energy and gives output of 10 MW electrical energy.
As of 2010 the most powerful turbine is rated at 7 MW.
The second problem in field of a High Altitude Wind Power is an electro-mechanical tether. An over 4000 meters long reinforced power electrical cable, that masts ensure the stability of a huge facility, weights over 2000 kg.
The solution of problem is the implementation of auxiliary aerostats, tethered to the central cable in appropriate positions.

Tethered deflector-shaped aerostat, with a relative small diameter air turbine, could harness the powerful, persistent air streams, and should be able to compete effectively with all other energy production methods. Generators at altitude also avoid community concern associated with ground-based wind turbine appearance and noise.
High altitude wind power is not science fiction. It depends on currently available technologies and engineering know-how, building on decades of experience with wind turbine and aerostat technologies. Harnessing high altitude wind energy, using a combination of essentially existing technologies, appears to be thoroughly practical and suggests that this energy source can play an important part in addressing the world's energy and global warming problems