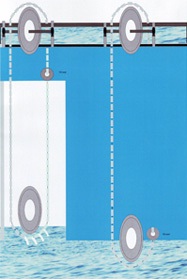 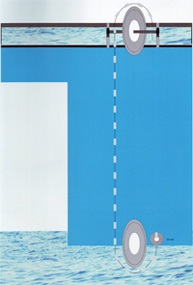 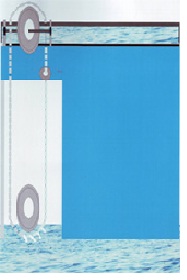 Idea is based on gravitational force, water and buoyancy. These three natural forces are present all over the world and will never end. In this Idea power project these three forces are used for the production of electricity, Gravitational force. From any height if a weight falls on the earth, under controlled conditions with the help of chain pulleys and gears, will have the force according to the weight. This force is used to give the required movement to the alternator to produce electricity.Gravitation force and buoyancy are two natural forces and present everywhere on the earth. Using these two natural forces any amount of cheap electricity can be generated any where on this earth. The main idea is that instead of using solid weight we will use water as the weight required to run the alternator. Water is being used here as it can load and unload on its own according to the flow of the water.