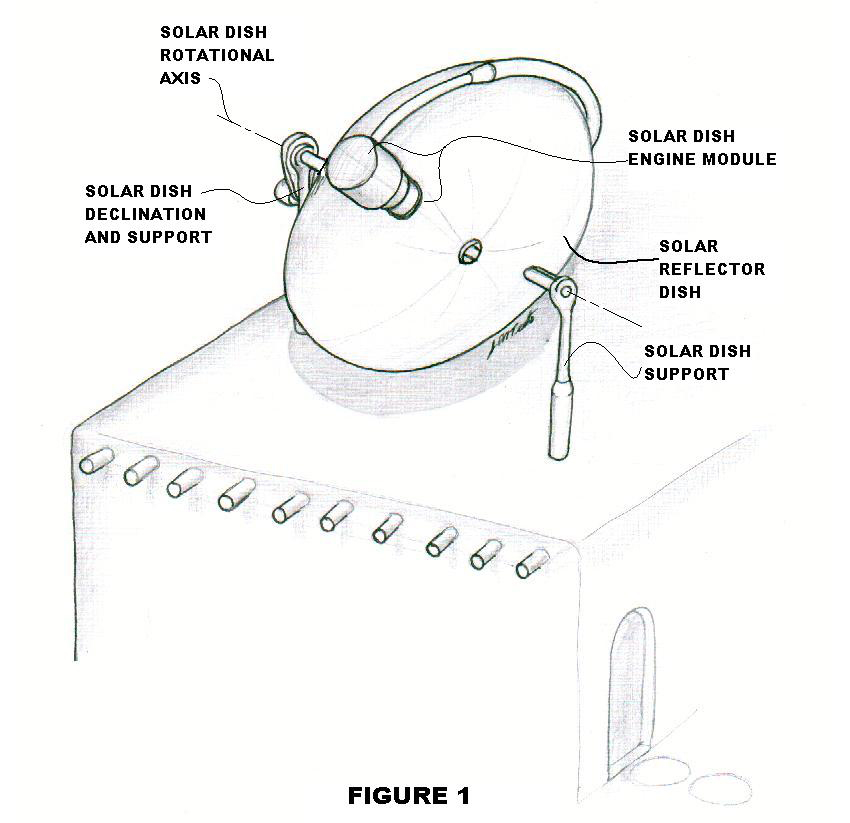 The Microturbine Sun Tracker is a Concentrated Solar Power (CSP) unit in the category of Solar Dish Engines. Reference figure 1. A 4Kw electric power output Closed Brayton Cycle (CBC) engine, in this application, will attain heat energy from a solar dish. The solar dish will concentrate the solar rays to a receiver, which in turn will heat the working gas media, within the microturbine engine, to as much as 1800 F, pending ratio of solar dish to receiver area. With the reduced cost of power electronics over the years, this allowed the microturbine innovation to come to be as a viable electric power generation device to compete with reciprocating engines. The Microturbine Sun Tracker solar dish engine will operate with a specific gas mixture of Xenon/Helium (Xe/He). The mixture was selected based on thermodynamic properties. Unit efficiency, defined by ratio of electric power to the customer to solar energy in, is estimated to be 28%. This unit will be hermetically sealed, one moving part, use of compliant foil bearings,no vibration, quite, low pressure ratio compressor and turbine stage, is recuperated, can operate in various positions, no liquids, no scheduled maintenance, estimated life of 40 years and can be scaled. Though a closed brayton cycle engine is not new, the application as a Solar Dish Engine to extract energy from the sun and provide electric power for commercial and residential use, is new (Patent Pending). An estimated electric power rate of less than $.04/Kw–Hr @ factory cost is anticipated (without state and or federal incentives). In addition, excess electric power can be fed to the grid, with traditional power as back-up or independent power with energy storage devices (compressed air energy storage, flywheel, battery etc.) applied to the unit. Reference figure 1 for an artist rendition of the Microturbine Sun Tracker (Solar Dish Engine assembly)