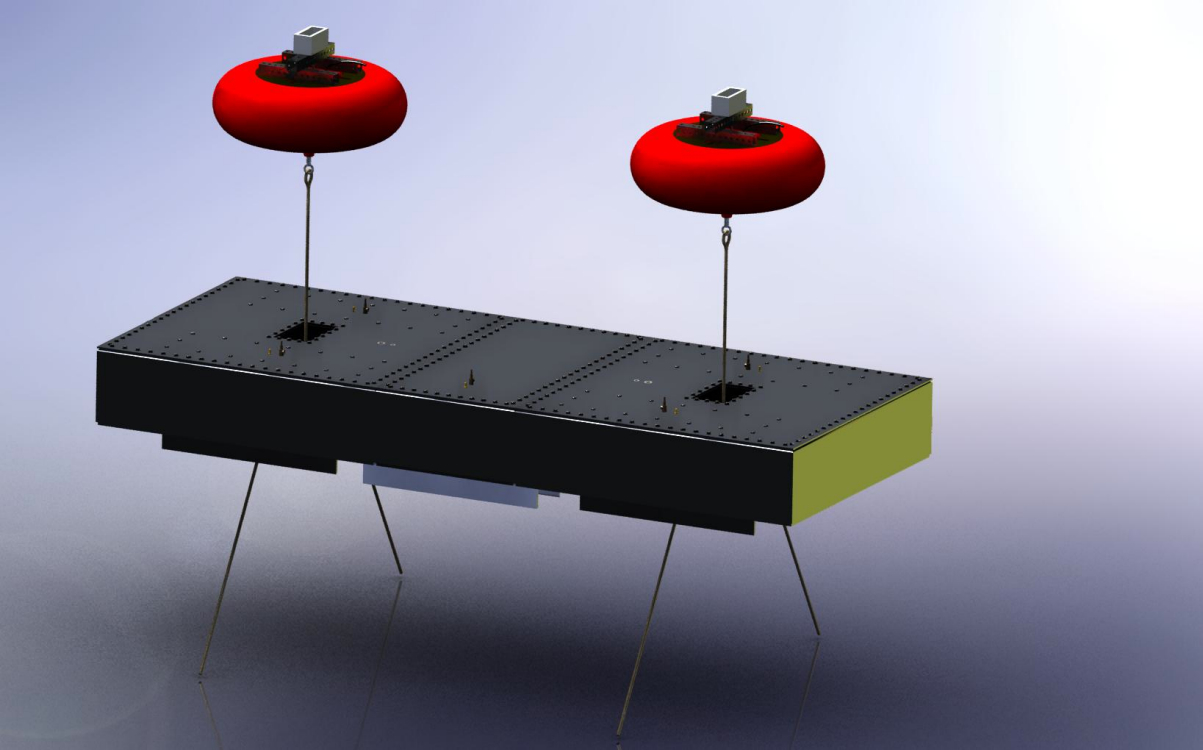 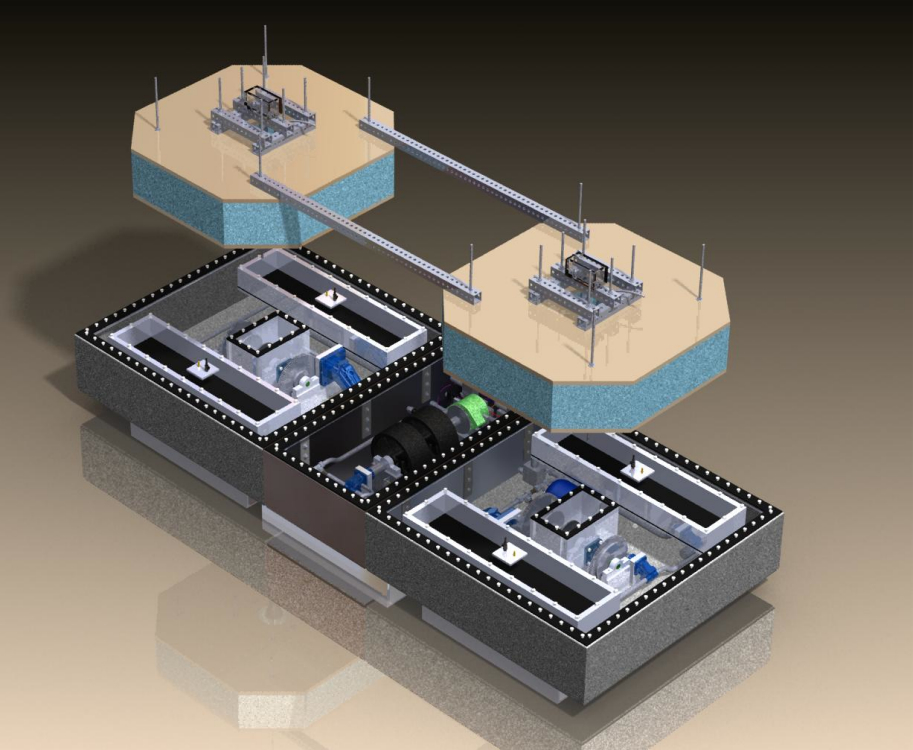 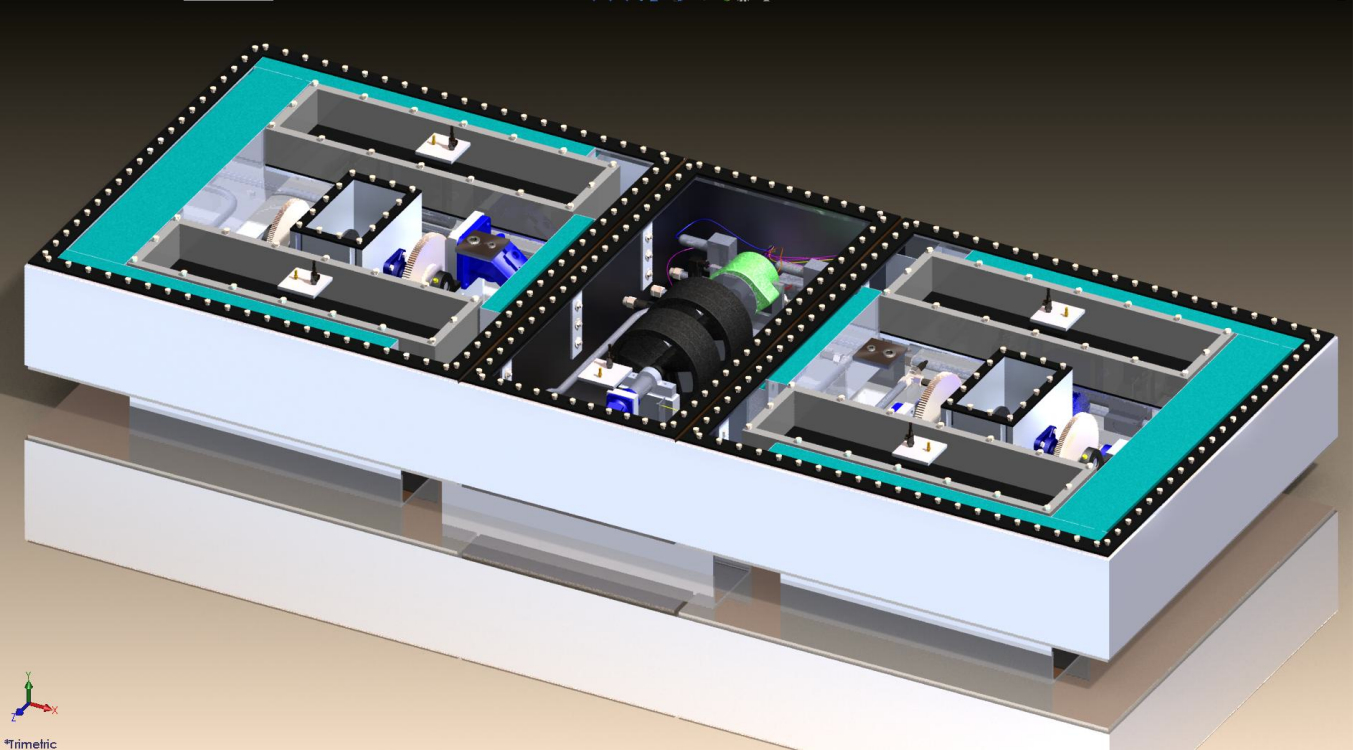 The unique features of the WEHD include the variable depth, autonomous storm avoidance, wave shoaling, and energy storage features.

The variable depth feature enables the autonomous storm avoidance and wave shoaling features. Sensors on the surface floats relay wave conditions to the on board control systems which calculate the optimal depth for the real time wave conditions.

The energy storage feature allows the WEHD to store energy as compressed gas before converting the energy to electricity which makes the system viable in mild wave climates. For example, small waves, as found in equatorial regions, may take 6 hours to charge the compressed gas system, but once the system is charged it can provide a steady output of 50 kilowatts of electrical power for 30 minutes.

The power take-off, conversion, and mooring systems of the WEHD deploy as one unit after a sea floor cable to shore is laid out to the mooring location.

The WEHD offers a clean, renewable energy system for vast regions of the planet including equatorial coastal regions of Africa, South America, and the Asian-Pacific where the electricity can be used to power water purification systems, communications networks, and energy storage systems such as hydrogen production from electrolysis as a fuel source for fuel cells.

Ocean waves are a concentrated form of wind power, and wave power is available over 90% of the time in high energy wave regions. By combining high availability, energy storage, and a large array of units, WEHD systems will be able to supply continuous power to many regions of the planet.