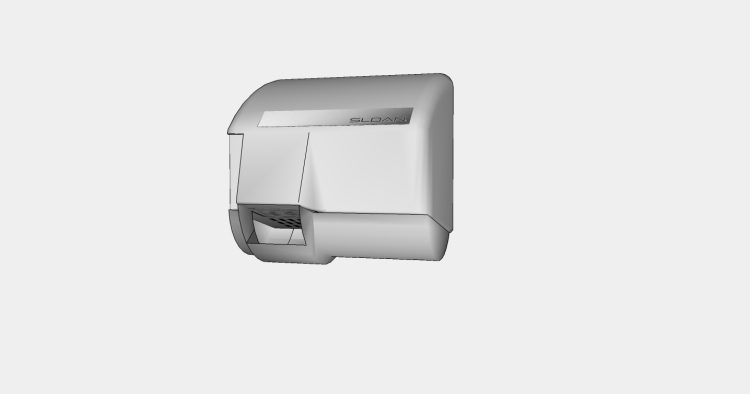 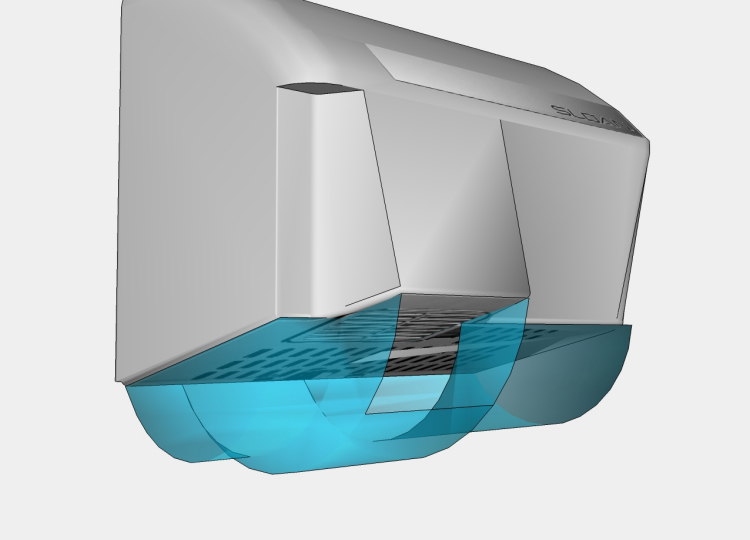 Hand Dryers Use up large quantities of electricity in small amounts of time. Heat coils aren't efficient, and are not meant to be efficient in the first place. Hand dryers use up at least 1100 watts of energy. How hand dryers work is that air rushes past the resistive coils to produce hot air that comes out and dries your hand. Only half of that air is actually put to good use in drying your hand and the other half just flows around it. As you can see, energy is wasted and this method isn't very efficient. With Thermal Capture technology, a shield is attached to the underside of the dryer. Ideally, the wasted air and the used air coming out of the dryer is "recycled" back into the intake of the fan and so on. This could either be built into newly made hand dryers or made separately and attached onto existing dryers. This makes it very cost-effective to upgrade the millions of dryers that already exist in the world today. It's also cost-effective because the output temperature of the dryer is hotter; Because of this, people dry their hands faster and quicker, so less time is consumed using the dryer. Less time also means less electricity is used so this also saves a lot money in the long run. Newly-made dryers could be even more efficient by adjusting the exhaust fins in the direction of the intake fins; that would make the "recycling" of the air quicker and more efficient. Water Droplets or water vapor that collect inside the chamber would evaporate but small holes could be punctured at the bottom if desired. To keep the air from getting too hot, built-in temperature sensors that act as safety switches are located in the dryer itself. With the use of this technology, a considerable amount of electricity could be saved and a considerable amount of money too; all by simply reusing some air.