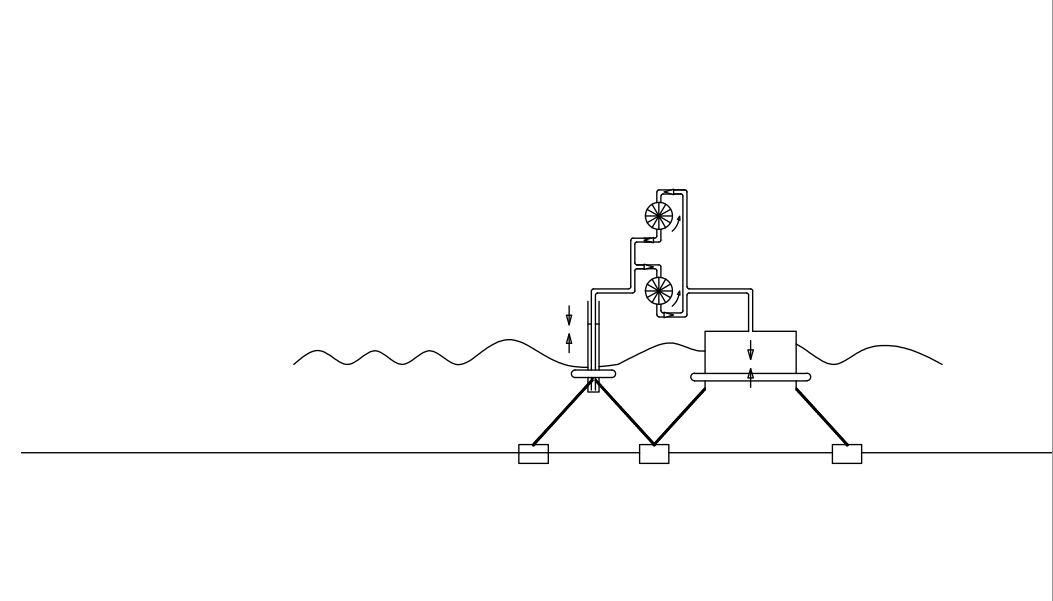 The system is an alteration of the Oscillating Water Column principle (OWC). Many companies have constructed and tested at sea OWC systems and the system has been accepted
as a credible design philosophy for sea wave energy capture and deployed in shoreline, fixed installations, and in deep water.

The difference with my system is that I directly use the water for driving the turbines instead of wave generated compressed air. In initial tests on modified air systems the system proved far more efficient than the original OWC air operated systems.

(Working description )
The system is designed to operate from a vertical floating column anchored to the sea floor and by using wave vertical energy. Water is pumped through a pipes to a fluid turbines then ending the pipes and the water hydraulic circuit back under the water surface to form a hydraulic close loop circuit The turbines are then driving a generator to produce electrical energy.