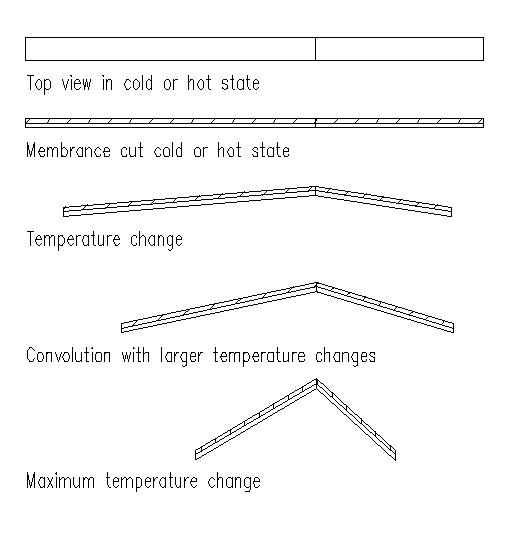 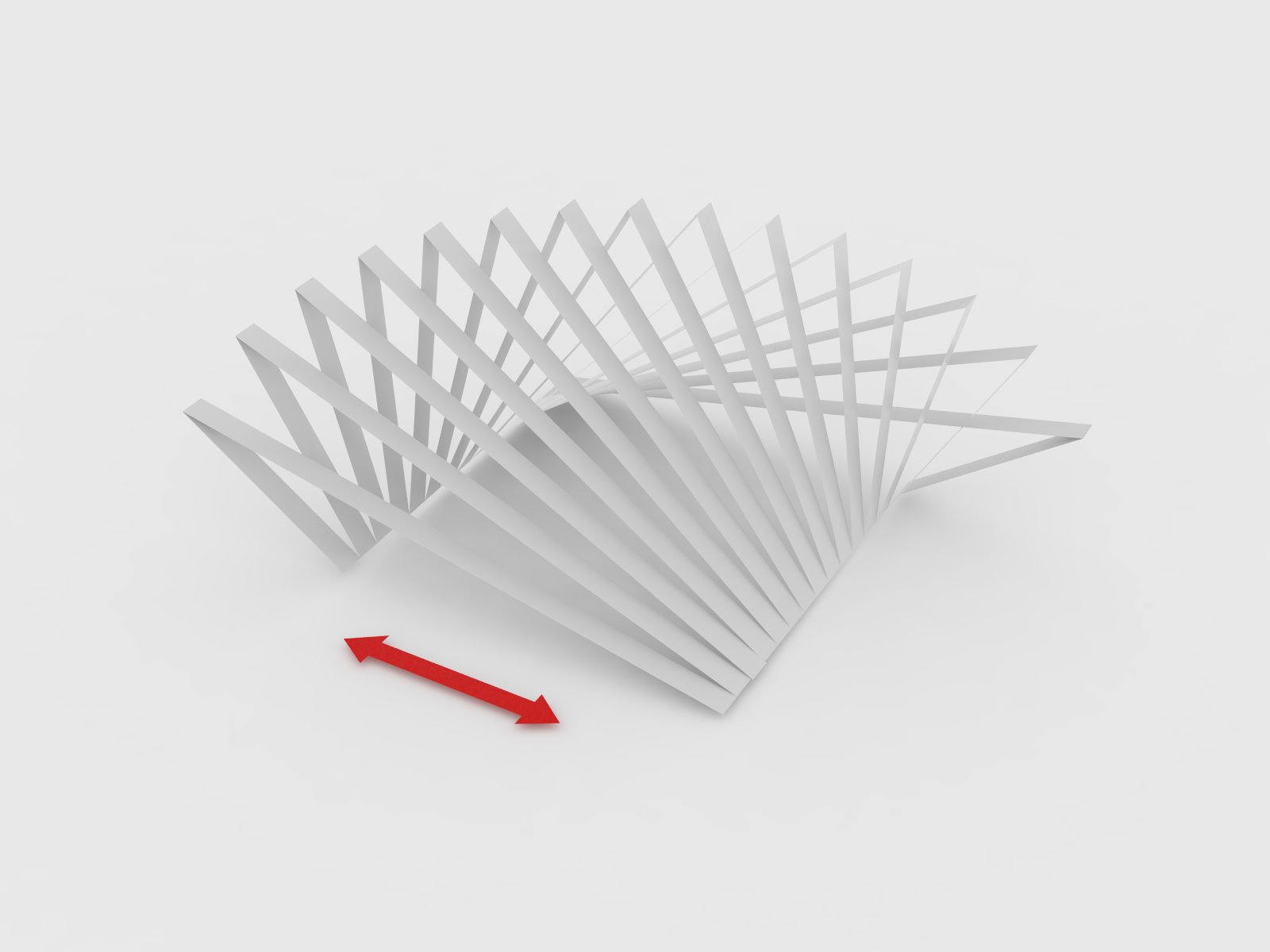 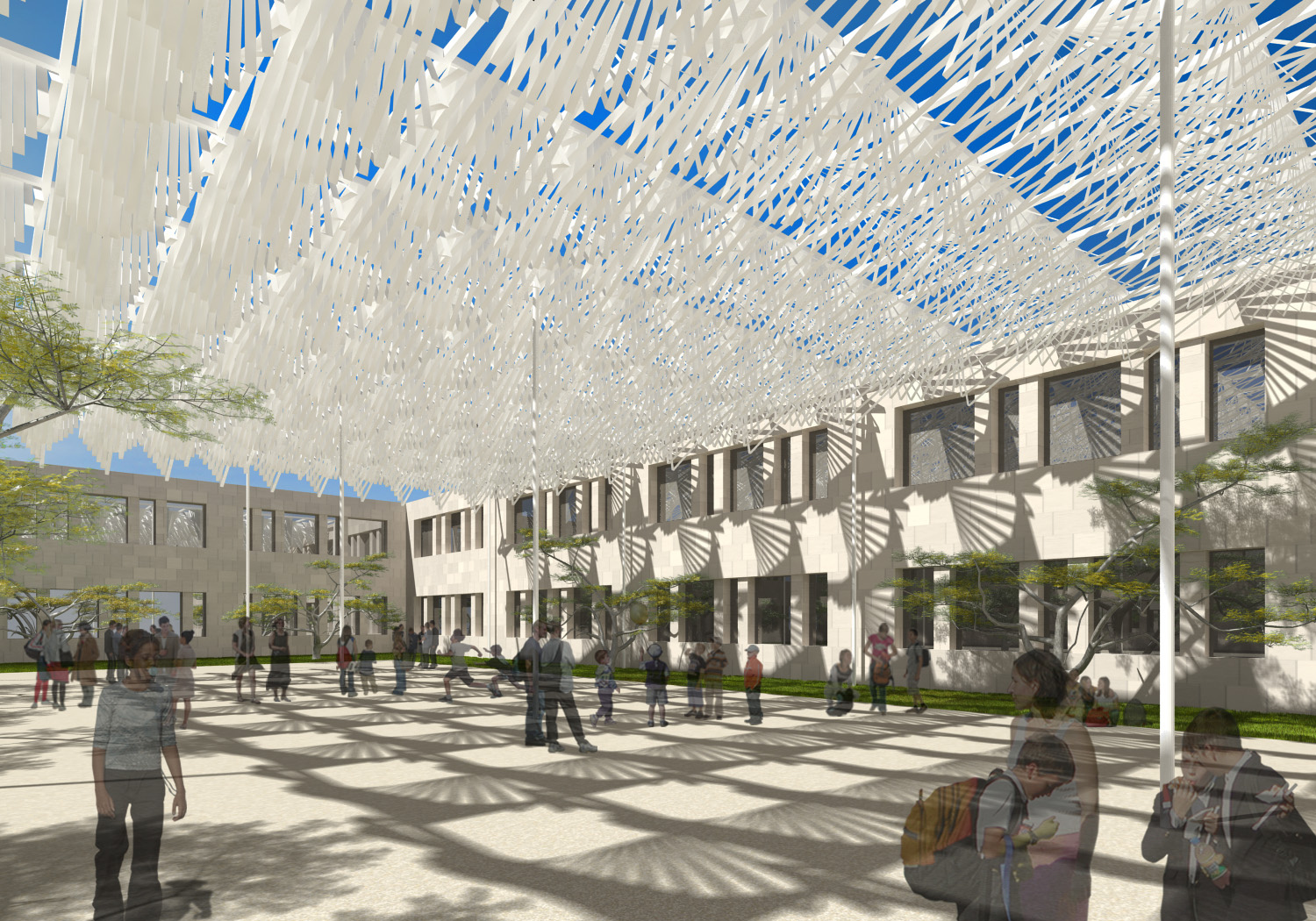 Based on the principle of a bi-material effect, a closed roof construction opens with temperature change. Deformations of each roof element occur creating openings in
the roof structure. The designed size of the elements can vary within the populated structure. Each element consists of a series of bi-material lamellae and applied foldings create a moveable design.

As an architectural design concept the structured and dimensioned lamellae produce various shading effects expecting a considerable design. A playful atmosphere of light and shadows. On a framework which compensates for tolerances resulting from deformation, a twolayered
series of folded strips is connected. According to the orientation and segmentation of the fibre composites, the structure can react with different degrees of openings. This experimental folding technique transforms a two-dimensional sheet into a three-dimensional figure. A hollow shell consisting of a series of arched lintels will be created.
A magical moment of movement. The engine that drives the movement is a functionally optimized laminate layering
which reacts to change of temperature. ?t creates the biggest strength of curvature along the x-axis through a high difference resulting from different elongation coefficients (?2 – ?1) along the y-axis. The deformation of a series of triangles create an arch. In a fully developed model the movement of the structure will base on a glide rail implemented in the structure which can function as ventilation element.