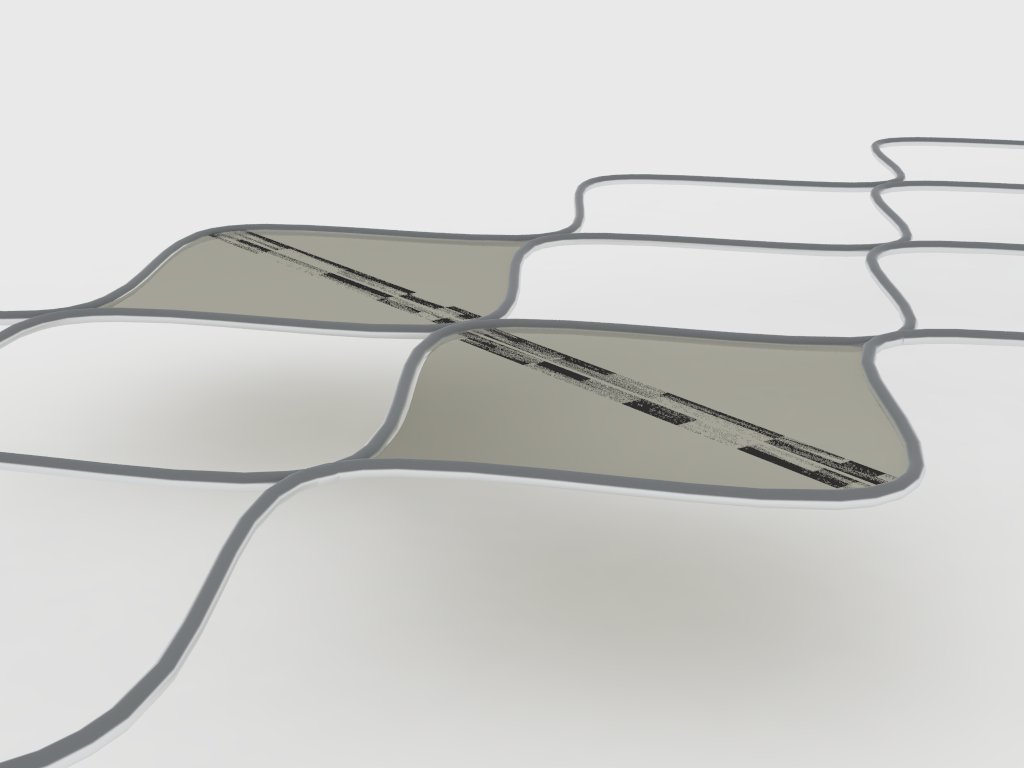 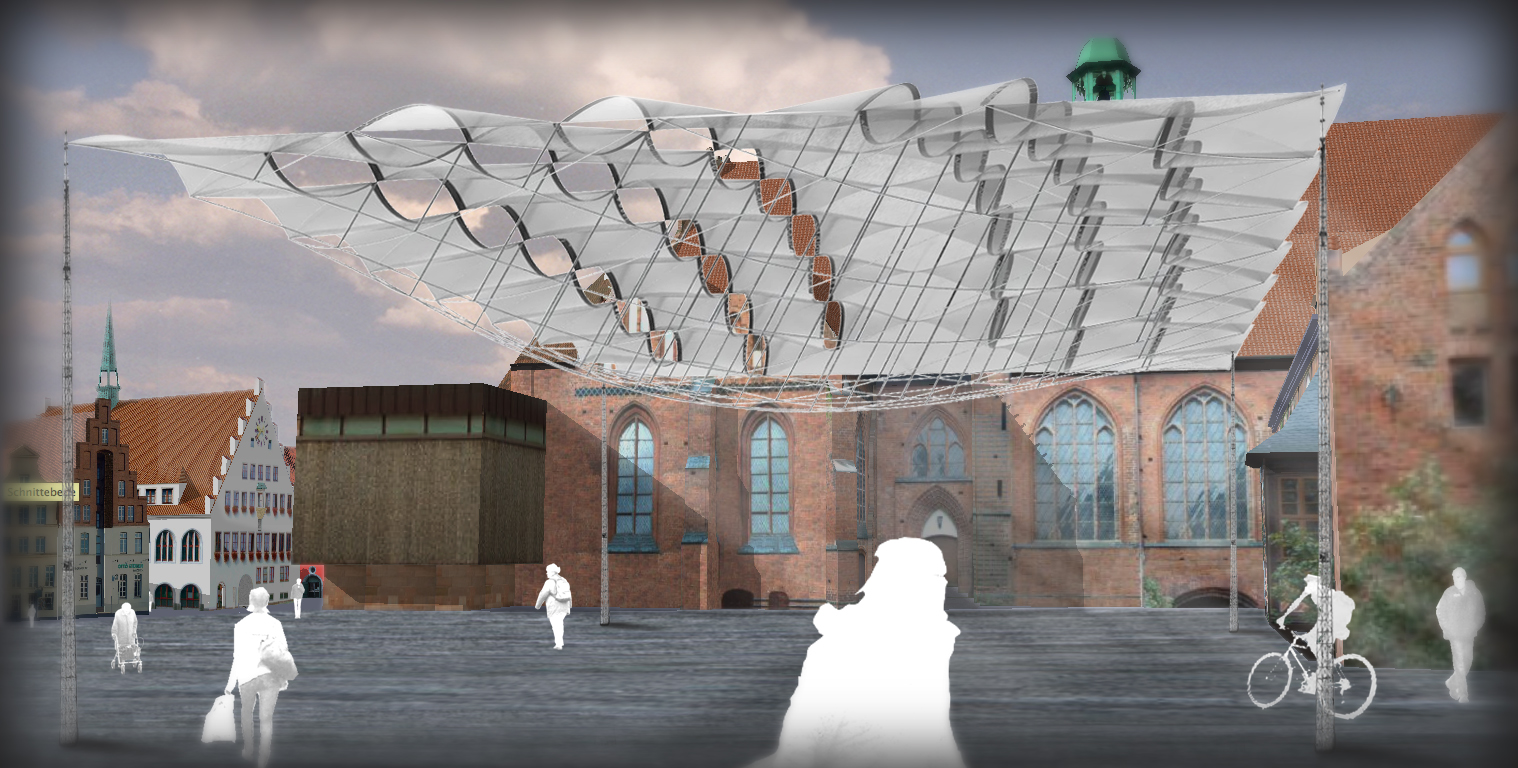 A material system on the basis of a force-fit between pvc (polyvinylchlorid) and carbon fibres has
been intelligently introduced in a geometric development of a shading construction which unfolds an apparent functionality with temperature change.

The low-temperature produced carbon fibre laminate is based on a coating with pvc which benefits from two extremely diverging temperature elongation coefficients. Due to a high fraction of plasticizer within the co-polymeric pvc-structure the pvc part elongates while the coated carbon
fibres contract. Caused by the force-fit of the bi-material the structure transforms through bending. Furthermore, the explicit behaviour of the material system can be controlled through the fibre trajectories.

Surface cuts and alternating trajectories of the fibres within the layer composition facilitate specific transformations developing applicational opening typologies which introduce an opening transformation with change of temperature caused by the weather automatically. The
programmed transformation will return to initial stages with the return of a specific climate. Hence, the occurring effect is endlessly repeatable.

In the development of the given material system the application as a shading and automatically ventilated roof has been studied. The influential parameters are: the width, the shape and the angle of the opening in relation and location to the given geometry of an applied construction.
The parameters are used to adapt the material system to the orientation of the building and the expected energy input (warming) of the façade. Two alternative roof materials have been tested. One: an actuator principle which has been incorporated within a flexible textile (e.g. specially
coated Spandex, comparable application example: BMW Gina concept car) skinning a roof element and mechanizing the structure for changeable shading and ventilation parameters. Two: a pvc skin which is actuated by carbon fibre strips alternately applied along the borders of the surface
cuts bulging the roof element. By means of pre-shaping the pvc before applying certain trajectories of the fibres the stability along the surface cuts can be optimized for colder
configurations. The application of a flexible textile compensates for geometrical changes (tolerances) within the roof element while the pvc skin compensates by special pocket construction details.

The supporting construction of the roof consists of a space frame structure based on the material efficient principle of fish beams. The roof surface develops into a bi-axially bended structure which facilitates the drainage of the roof. The supporting construction is skinned on top with aforementioned skin (breathing skin). Due to the curvature of the skinned structure the angles of the openings are parameterized by means of differentiated bending strengths. Hence, the amount of plasticizer used is differentiated with the location and spatial orientation of the element.
Conclusion Breathing Skin is a dynamic system which facilitates a material immanent opening principle
concluding an aspiration for sustainable technologies. The energy potential of a material is used as a basis for a maximum efficient material system. Only grey energy is used to make the invention work within an applied shading and ventilation construction.