To Get to LEO, Burn Your Batteries 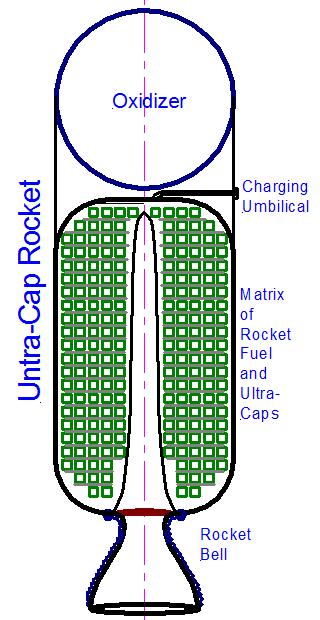 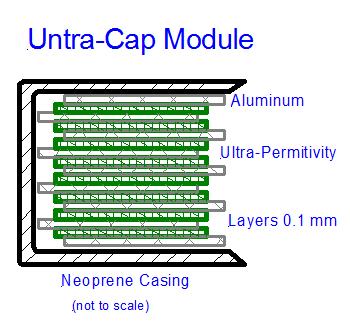 We are currently marooned on Earth, making scant progress on cost effective ways to reach Low Earth Orbit. President Obama's new space policy may be paraphrased as "No more Buck Rogers until we get the cost down, so get cracking." Albert Einstein showed us the way: "If at first the idea is not absurd, then there is no hope for it."

One source of absurd ideas can be found in ultra-high permittivity materials that can serve as the isolative layers in capacitors with energy storage densities that stagger the imagination.

These materials are in the mem-resistor group, which feature two-state variables. One variable is an electricity property and the other controls the first but is independent of it. The ultra-high permittivity materials can be described with quantum mechanics as having electrons in enormous obits. Electrical energy can be stored by torquing these orbits or the electron's spin with an external field.

A small high-tech start-up company, EEStor, is currently only months away from sale of the first mass energy storage device using this technology that can match the energy in a tank of gasoline. This device, called an Electrical Energy Storage Unit, will power all-electric cars next year.

Rockets require both a fuel and an oxidizer. The ultra-capacitor cells are made from materials that could be used as the fuel, including plastic and metallic aluminum, and the inter-cell spaces can be packed with additional fuel such as neoprene. Complementing this approach, liquid oxygen is commonly used as an oxidizer in rockets and must be stored at cryogenic temperatures.

If the rocket fuel itself is also a powerful electrical energy storage device, then igniting it will provide a significantly higher energy density than conventional fuel alone.

The device described here is an ultra-permittivity rocket, a hybrid with solid fuel and liquid oxidizer. For some time before launch the ultra-cap within the fuel are charged with many kilowatt hours of electrical power while being cooled with liquid nitrogen.

On launch the liquid nitrogen is suddenly withdrawn and liquid oxygen introduced. A flame front is established at the nozzle end of the rocket which draws power from both the burning fuel and a layer of disintegrating ultra-caps. The heat of the flame front deprograms the ultra-cap cell, resulting in a lightning-like electrical discharge within flame plasma itself.

Considerable work is now needed on both the selection of the ultra-permittivity material and the super computer models needed to design a stable flame front. What we will be modeling is a controlled explosion, but all rocket launches are controlled explosions.

A breakthrough in reaching LEO is necessary before the human race can move off this planet and out to populate the universe. What we need now is an absurd rocket to make this absurd idea possible.