Engine With A Sidewall Combustion Chamber 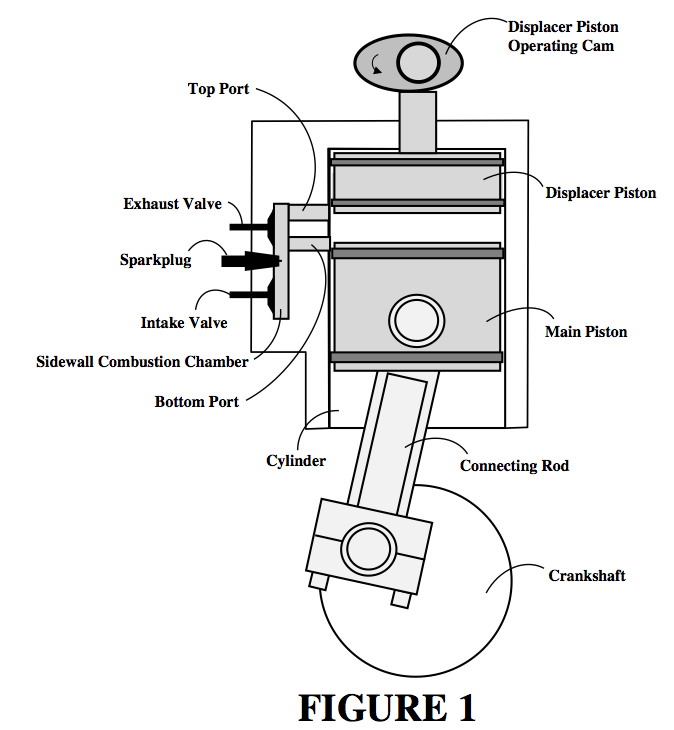 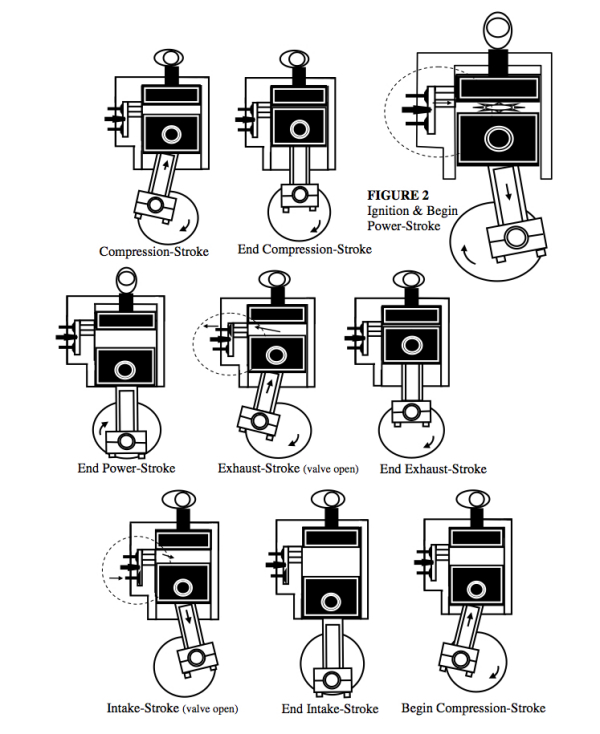 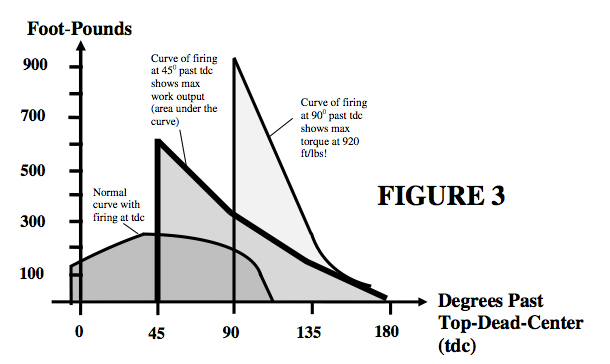 Combustion normally occurs in common reciprocating-piston, internal combustion engines when the piston reaches the highest point in the cylinder. At that point, however, the piston’s connecting-rod is nearly vertically-aligned with the cylinder and very little of the large force acting downward on the piston-crown immediately after ignition actually works to rotate the crankshaft. Most of the tremendous force from the burning fuel-air mixture is momentarily acting in a manner that simply places a heavy burden on the crankshaft trying to shove it through the bottom of the engine! Ignition of the fuel-air mixture at or near top-dead-center in any reciprocating-piston, internal-combustion engine is nothing more than an inherent disadvantage because by the time any forces from the combustion process work to actually rotate the crankshaft, the combustion process has cooled considerably and cylinder volume has increased (cylinder pressure decreased) so much that very little energy is derived from the burning fuel-air mixture to actually move the automobile! And that’s the real reason why so little energy is derived from an automobile engine to effectively move the vehicle! This new engine uses a sidewall-combustion-chamber to save the compressed fuel-air charge along with a displacer-piston to keep the cylinder volume at a minimum so that ignition/combustion is delayed until the piston is a considerable distance into it power-stroke. It’s the only patented IC engine to have that capability and characteristic. Two ports connect the sidewall-combustion-chamber to the main cylinder in which a main-piston and an opposed displacer-piston reciprocate (see Figure 1). During operation, the main-piston moves up the cylinder during the compression-stroke compressing fuel and air into the sidewall-combustion-chamber from the main cylinder through both ports while the displacer-piston is out of the way at the top of the cylinder. When the main-piston reaches top-dead-center, however, ignition is delayed and the displacer-piston then follows the main-piston down the cylinder while both ports are blocked by the piston skirts to hold the compressed charge of fuel-air inside the sidewall-combustion-chamber. Now, as the two pistons move down the cylinder together, the main-piston will eventually uncover the bottom port while the displacer-piston becomes rigidly locked into position just above the bottom port. At that time, or a little before, the fuel-air charge in the sidewall-combustion-chamber is ignited and extremely high pressure combustion gases enter the main cylinder between the two pistons resulting in an extremely large force acting downward on the main-piston to drive the crankshaft. Indeed, the huge force is acting on the main-piston when the connecting-rod and crankshaft are at the optimum position to receive the brunt of the force and rotate the crankshaft! The effect of this process is a vast improvement in torque (power output) and a much more efficient energy conversion process. The vast improvement in torque is shown in the torque (cylinder-pressure) curves in Figure 3. Notice the chopped off part of the “normal” curve with firing at top-dead-center as opposed to firing angles of forty-five and ninety-degrees past top-dead-center (very little waste heat!) See US Patent 7,387,093.