How to prevent petrol tankers from polluting the sea 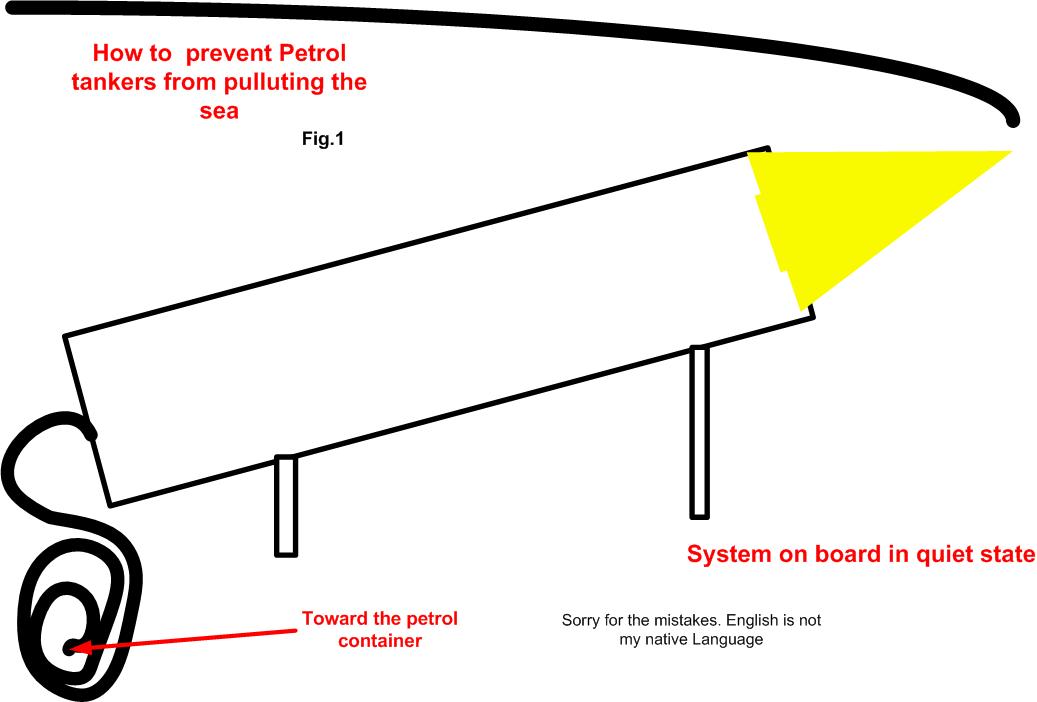 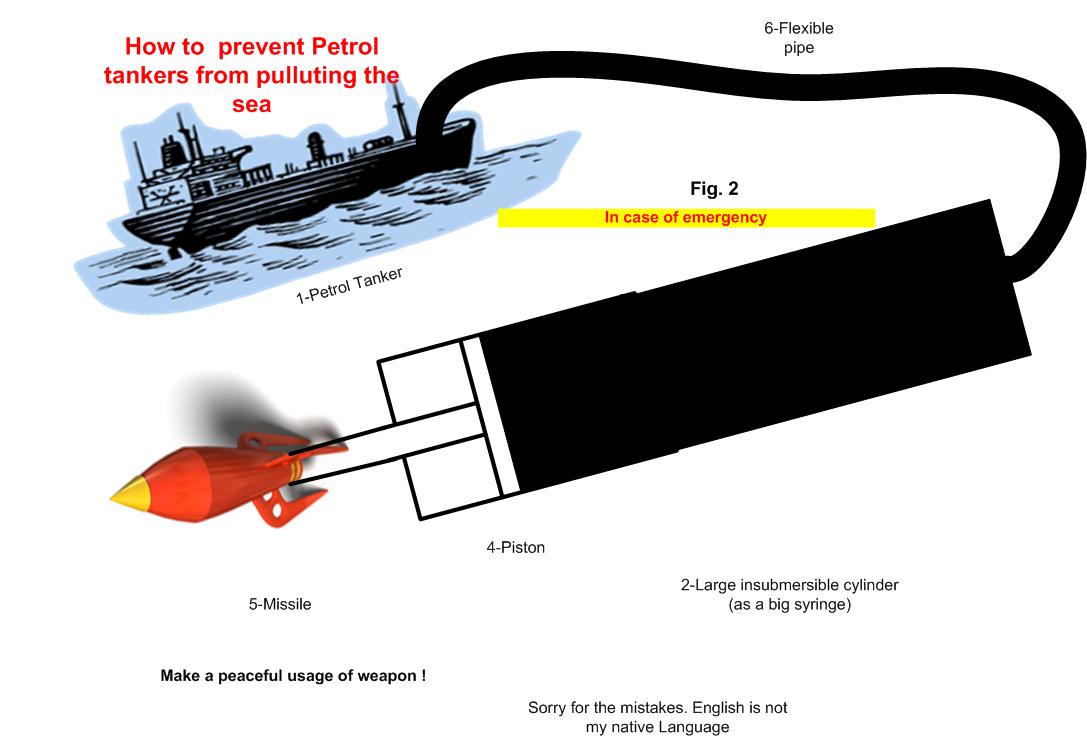 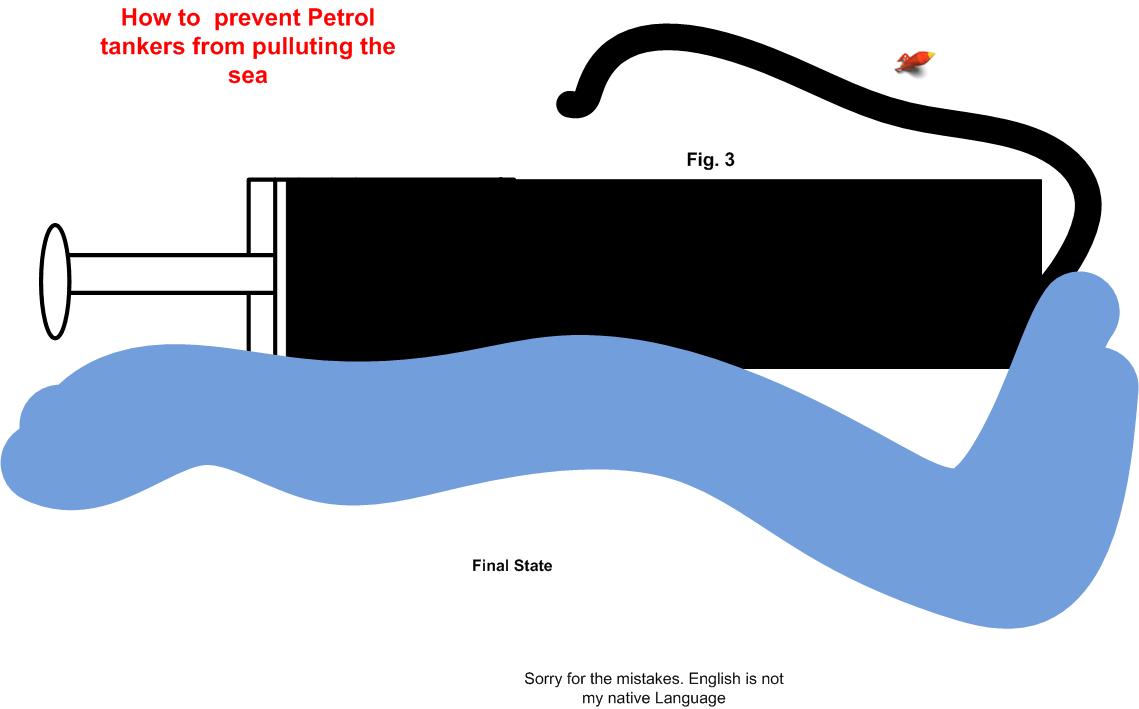 This system works as a straw. When you put the finger at the straw’s upper end, the liquid does not drop because of the air pressure. Fig 1 presents the system at quiet state. We organize the set so it takes the lesser space on board. The entire set (missile, piston, empty cylinder and flexible pipe) stands on 2 bearings. It is retained under high compressed air. In case of emergency (fire, shocks and so on), the air pressure (Fig 2) ejects the set faraway 300 meters off the tanker. After that, incorporated electronic circuit triggers the missile in a safe way. The missile pulls up the piston so the petrol is aspired from the tanker through the flexible pipe after about 10 minutes. Then (Fig 3), an automatic command pulled away the missile so it can fly for about 100 meters before falling in the sea where people can remove it later. The missile puts the cylinder at least 1 km from the tanker. Because of the pressure, petrol won’t be able to escape from the flexible pipe. In the meantime, the tanker’s communication system sends alarm signal so planes or boats keep away from the tanker for about 2 km. As a result, we can safely recover the petrol by towing the cylinder or by pumping the petrol on another tanker. In this way, human lives and aquatic species are safe. The sea is not polluted and there’s no money loss. Any explosion can occur. The system can also operate in harbors but all the other boats must stay away from the tanker for about 2 km . (I must apologize for the mistakes. English is not my native language).