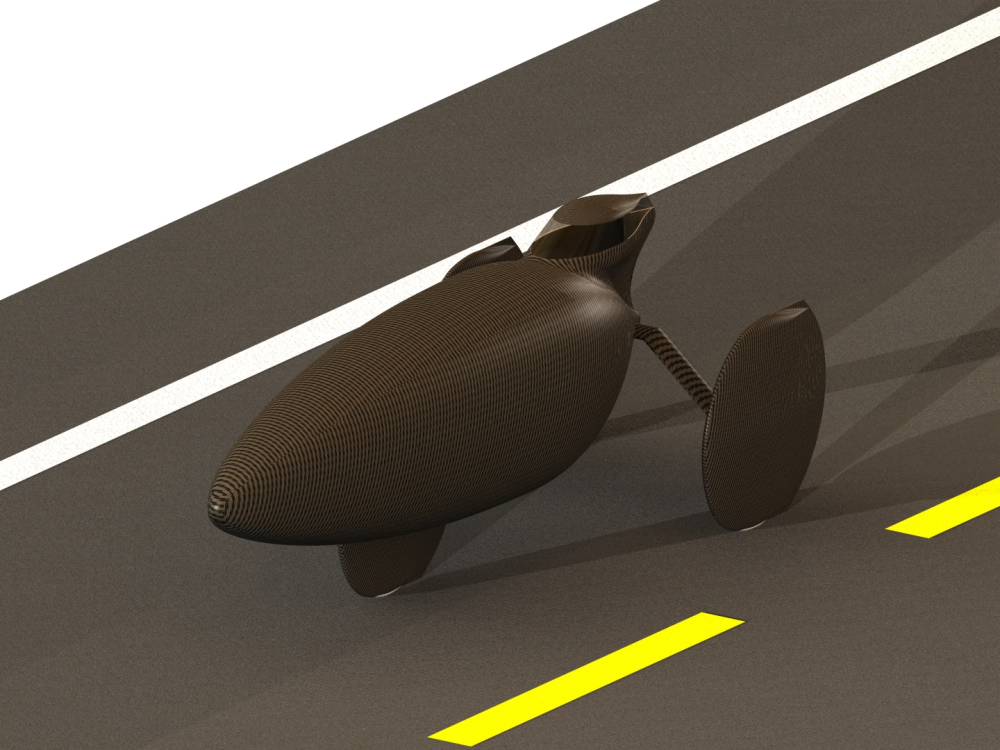 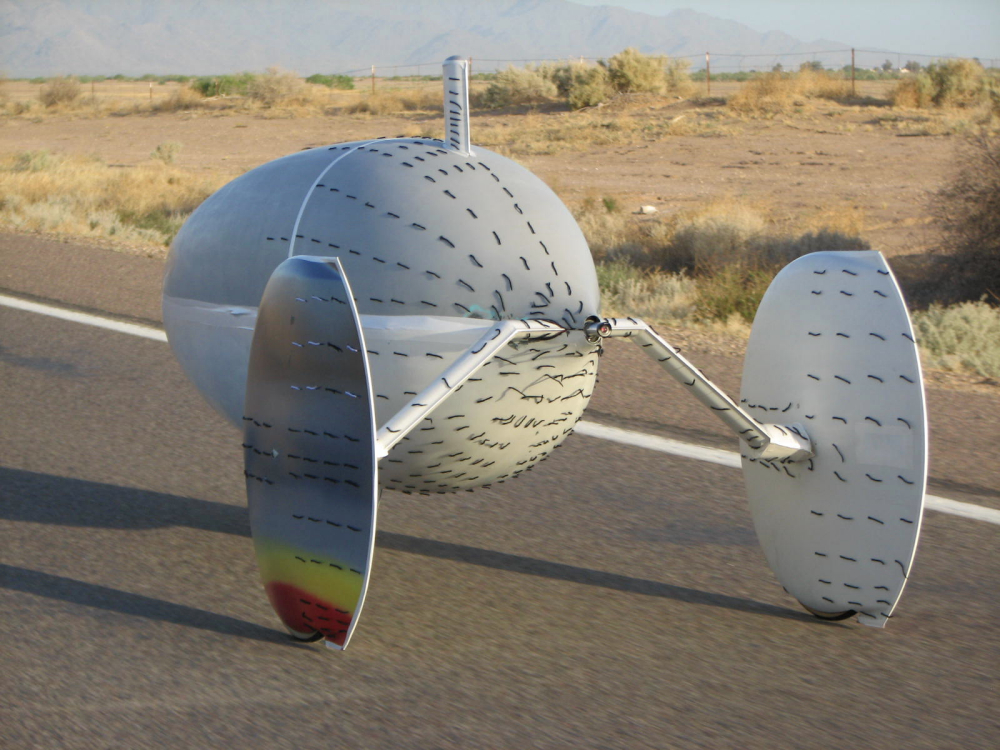 The Orion Speedtrike is an Ultrahigh Efficiency Vehicle (UEV) designed to dramatically decrease the energy required for transportation, and has already demonstrated performance equivalent to almost 2,000 mpg at highway speeds. Such efficiency would have a dramatic impact on a sustainable energy future. The Orion UEV is currently running in a Human Powered Vehicle (HPV) configuration, and in 2008 set a world record of 66.08 mph under human power alone, using about .6 hp. If it were powered instead by a small efficient gasoline engine, the Orion could travel coast to coast in the United States on a single 1 ½ gallon tank. In emissions terms, the Orion produces only 5 g/km of Carbon Dioxide, or about 200 pounds per year on a 12,000 mile cycle, compared to 9400 pounds for a 30 mpg passenger sedan. The vehicle achieves its high level of efficiency through an integrated design that uses proprietary aerodynamics and other technologies, combined with lightweight composite materials. By reducing the actual energy required for travel, it is an enabler technology for alternative energy transportation approaches that find it difficult to compete with fossil fuels because they are too bulky, heavy, or expensive. For example, the Orion could travel 100 miles on a 10 pound high energy Lithium-Ion battery pack, or 400 miles on a cubic foot of compressed hydrogen. If covered with solar cells and parked in the sun for 8 hours in the American Southwest, it could commute 140 miles a day, or about 60 miles in less sunny New England. A key advantage of the design is that it is not necessary for any of these technologies to improve beyond their current state for the Orion to achieve such levels of performance. Further development of the vehicle is focused on even higher levels of efficiency, and installing an electric drive system. The current design is a small single pilot racing vehicle, so the performance numbers will scale down as the vehicle is scaled up for multiple passengers. However, while gross weight will double with twice the number of passengers, aerodynamic drag will only double with 4 passengers. It is therefore feasible that a large multi-passenger gasoline powered version of the Orion could achieve over 400 mpg for an EPA combined cycle, generating only a half ton a year of CO2 and consuming only 30 gallons of fuel in the process. In an electric vehicle configuration, it would need a 200 pound Lithium-Ion battery pack to travel 400 miles, or about 5 cubic feet of hydrogen. It is our hope that we can mature this technology to the point that it will have a profound effect on future energy usage and its associated environmental concerns.