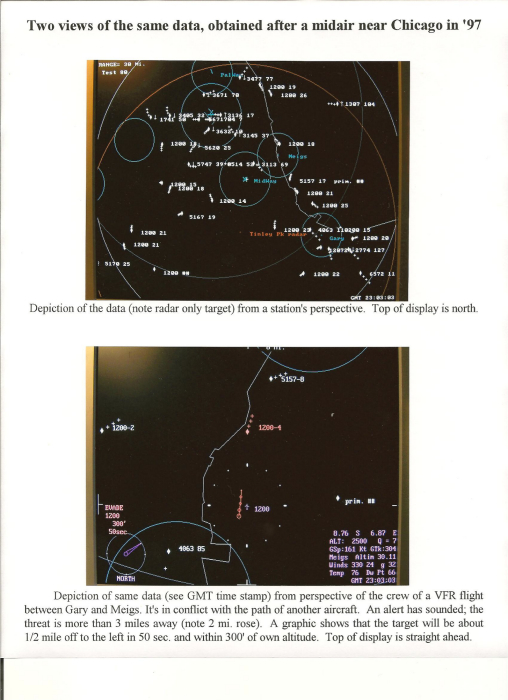 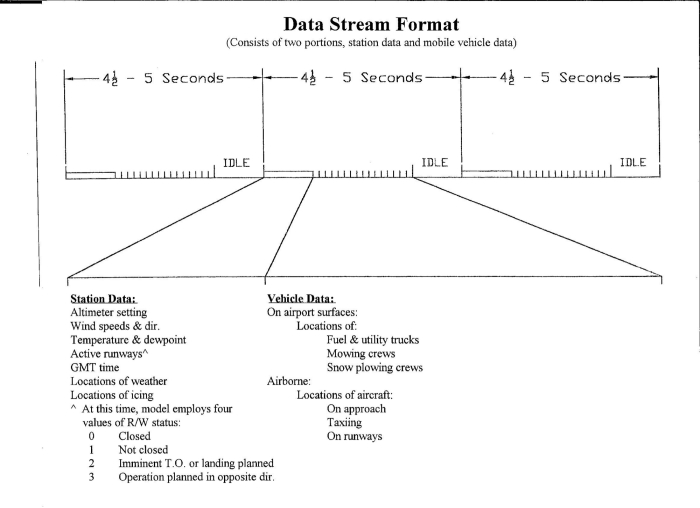 An effective, efficient, and safe air transportation system for moving people and goods is an important part of our national infrastructure; to be competitive globally, it's important that infrastructure is developed, maintained, and updated. If we fail in this, other nations will become increasingly competitive and eventually eat our lunch.

A threat to air travel is that of a collision with another aircraft. The NTSB has a number of investigations underway of recent such incidents. On May 21 a conflict occurred between a 747 and an A319 at Anchorage, and in April two, between a 737 and a news helicopter at Huston, and between a 737 and a Cessna 172 at Burbank. In Aug. of '09, because of home video, we were made painfully aware of such threats when a Piper and a sight seeing helicopter collided over the Hudson river. That this threat exists contributes to the delays (inefficiencies)that occur in our system. This kind of tragedy results in increases in separations between aircraft used by ATC and calls for added restrictions, reducing throughput even further. Almost every day there are airline delays somewhere.

Models have been used to develop aircraft. Engineers contrive a craft, usually small, and then use scaling techniques to analyze effects of design modifications on performance. In Indiana, development of a model of our airspace using personal computers has been underway, and demonstrates processes that would improve safety and efficiency. One being evaluated is that of making crucial information available 24x7 to crews. Some data is gathered automatically and some, as might occur in a NOTAM, is keyed in. The information is made available as a continuous stream of data that's repeated approx. every 4.5 seconds. One computer's software and relevent files collects and formats information, making it available via. an RF modem. Similarly, other computers in vehicles as might be on an airport's surface receive the data.

An enclosed illustration gives examples of a station's and a crew's view of a set of such data. The station display shows locations of airborne targets along with an ID and the altitude x100. A crew's display shows others' locations and altitudes relative to them. Lavender depicts the data being supplied (ie. altimeter setting) or information derived from that data by one's own avionics (ie. 8.76 S 6.87 E). Displays have adjustable range, sensitivity, and selectivity.

The project in Indiana models operations as occur on surfaces of airports, directly addressing the runway incursion threat. It does this by helping avoid errors in the first place; a moving map depiction is always available to crews, and continuous data analysis occurs to generate alerts and an avoidance strategy if warranted. If an error DOES occur, crews know first. Fine tuning the algorithms to alert a crew is readily accomplished. Implementing such a process reduces the tediousness of aircrews constantly watching for other traffic, and controllers constantly trying to determine conflicts.