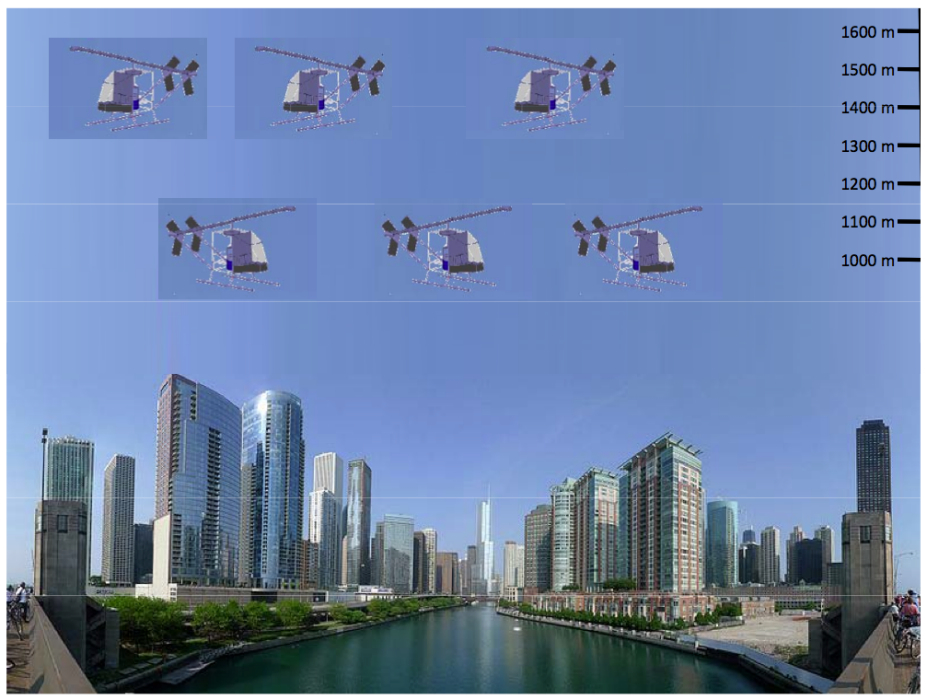 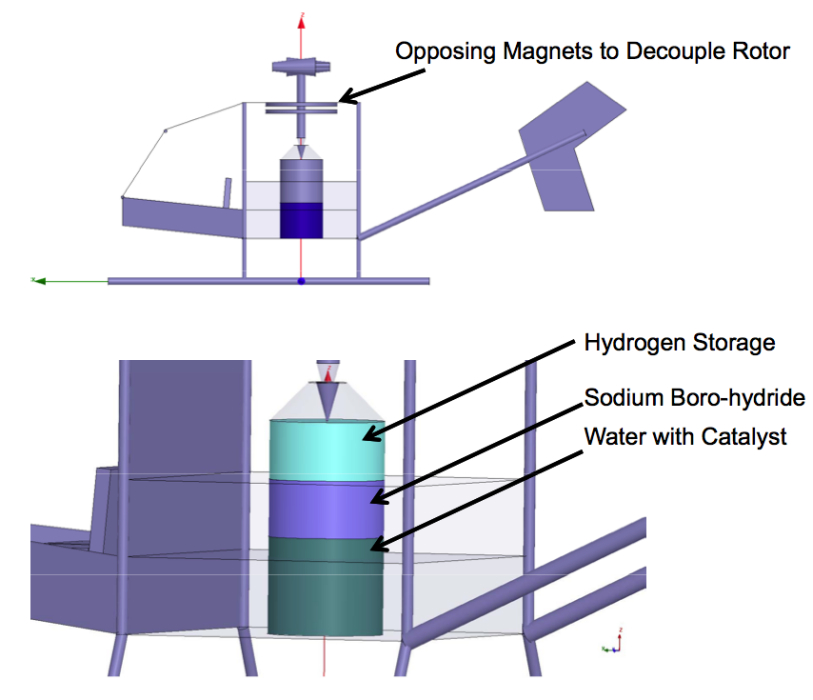 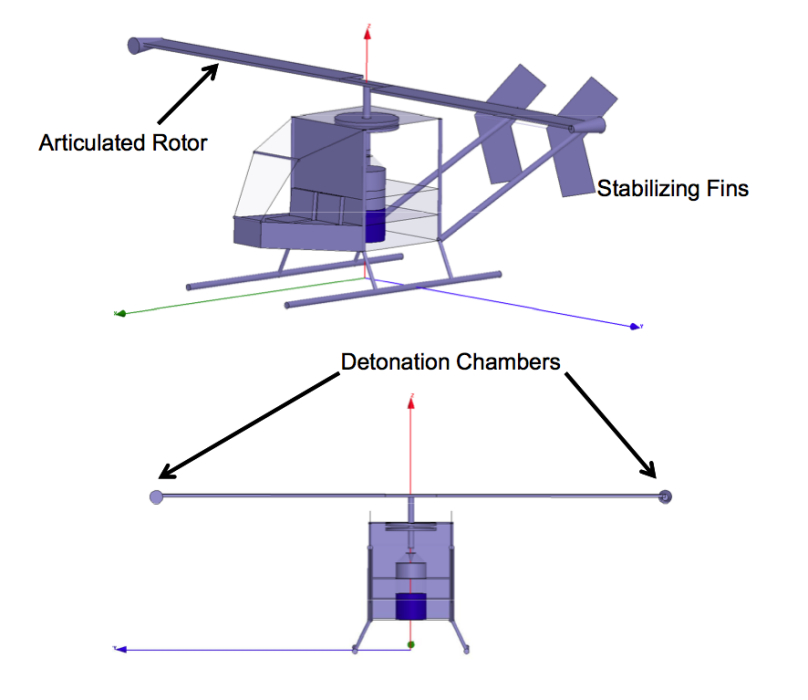 The traffic situation is bad and getting worse. Congestion delays the average American driver hundreds of hours per year. Such a situation robs productivity, increases air pollution, and wastes petroleum. The need to alleviate the congestion leads to the building of new roads and bridges that do little to help.
One constraint causes much of the congestion. Roads are one dimensional. Earth-bound vehicles are constrained to one degree of freedom, moving forward. Although a car can change lanes and there are cross roads in which to move right or left, the geometry is one-dimensional. Giving the world three dimensions in which to drive would largely alleviate the congestion. Using the infrastructure that already exists would reduce the huge expenditures envisioned for future road and bridge construction. Using hydrogen and oxygen from a chemical abundant in the world would lead to less conflict over energy and far less pollution than petroleum. We propose to provide the means to a hydrogen-fueled, three dimensional travelling future.
We have developed the design of a helicopter that uses hydrogen as a fuel. The hydrogen is released from an inert powder, sodium boro-hydride, at the time of use by adding water and a ruthenium tri-chloride catalyst. The powder and catalyst can be sent through the mail or outlets such as department stores. The helicopter uses an engine in which hydrogen and oxygen are detonated at the end of the rotor. Besides valves and plungers that move slowly there is only one moving part. The rotor is coupled to the body of the helicopter in only the vertical direction. The decoupling in the tangential direction accomplished by means of opposing poles of magnets permits the use of only one rotor. There is a stabilizing system composed of nozzles for the output of air pressurized by the heat of the release of hydrogen from the powder. The powder can be recycled.
There must be rules for operation that will allow many helicopters to occupy the same vertical column of air space. Allowed altitudes will be determined by direction of flight. There will be sites for the changing of altitudes. Helicopters with licensed pilots can be allowed to move to particular altitudes without central control. All others will be controlled by a regionally-based central facility. The passenger will enter coordinates for the destination and the central control will take over. The Global Positioning System, an ultrasonic collision avoidance system, and a command and control system for monitoring of the helicopter are critical to operation. Each helicopter will know the location and speed of every other helicopter in a particular range. The cell phone network will be used to maintain communications within the region.
The use of such a system will free the world from the tyranny of one dimension. The use of infrastructure will be optimized. Pollution will be minimized. Time, the most limited of all resources will be gained.