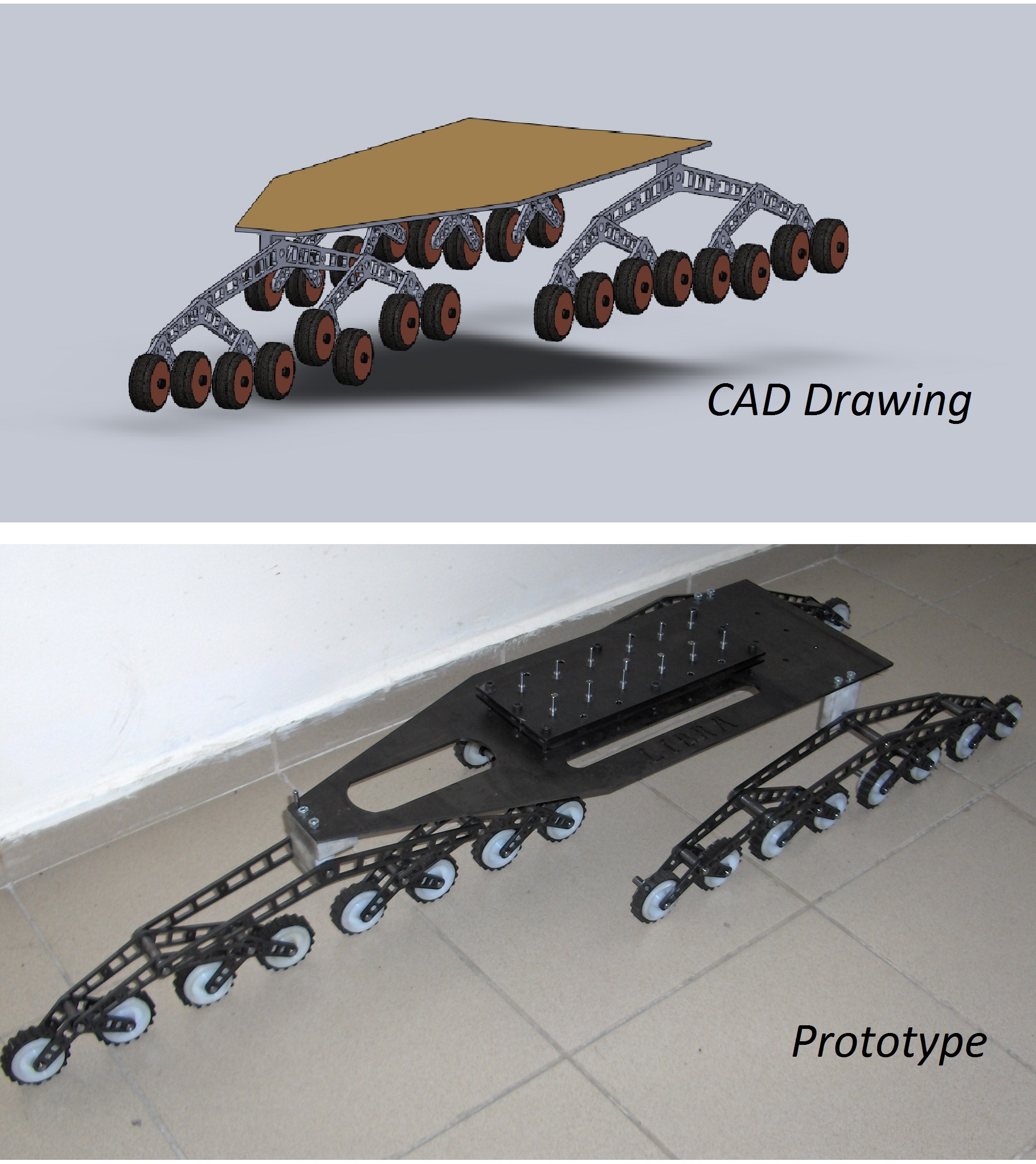 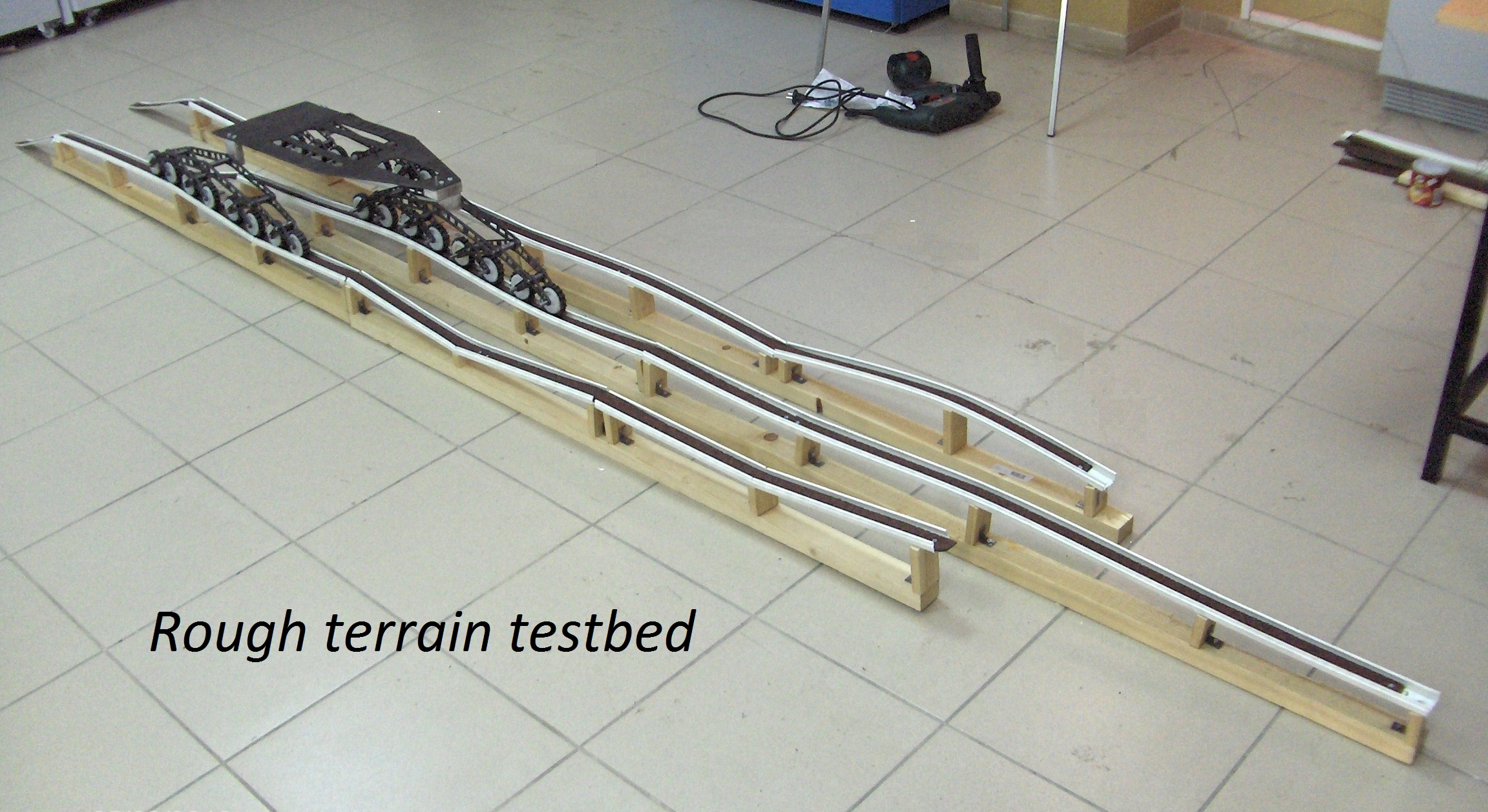 Manned space missions have a great risk because of the harsh environment and the unpredictable variables. For that reason, mobile robot exploration missions are preferred. Earth control of a Mars rover always introduces an almost forty-five-minute time delay because of a huge distance between two planets. For that reason, it is necessary to design an autonomous rover. In rough terrain, it is critical for an autonomous mobile robot to maintain stability. Wheels of rover may be stuck in loose soil, or in the worst case, an obstacle may cause the rover to tumble. This may put whole mission in danger. In fact this scenario has already happened. NASA’s Mars rover Spirit is now stuck in Mars sand and all attempts of NASA to free this rover are failed. To design a terrain adaptive vehicle capable of traveling over uneven terrains without losing stability is the key point for the planet exploration missions.
Most of the modern rover designs use rocker-bogie suspension. Unlike this anti-symmetrical rover design, I designed a rover with completely symmetrical three-stage bogie mechanism. Preliminary results of CAD studies have been shown that using of a multi-stage bogie mechanism results in a more stable rover (See sketch in the first figure).Eight wheels are connected to vehicle via three stage bogie-suspension. Bogies rotate under the gravitational force and all wheels in touch with ground surface. This makes wheel center trajectories to be very similar to ground profile. But middle joint of the first stage bogie link is at an average point of the joints at two end points, middle joint of the second stage bogie link is at an average point of the joints at two end points and so on. It means that, every bogie link functions as an averaging device. Disturbances on ground are absorbed by bogies step by step at every stage. Finally, trajectory of vehicle’s main body converges to a linear path. This simple principle causes the absorption of the road roughness.
I modeled and then created a prototype of a rover with three bogie groups in which eight wheels are used (next figure). To simulate rough terrain, I tested the rover on a wavy road test bed (see last figure). At the end of the tests, I saw that the top plate showed no significant tilt even when moving on a really wavy ground! This solution shows that this mechanism has a potential to be used not only in Mars rovers but also in any off-road vehicles.
One another advantage of my invention is that no control equipment is used. Simply move the rover, and then let gravitation do the rest! This approach pulls down not only expenses but also failure possibility. I believe that this passive adaptation feature of suspension system can solve stability problems of all-terrain vehicles both on Earth and Mars.