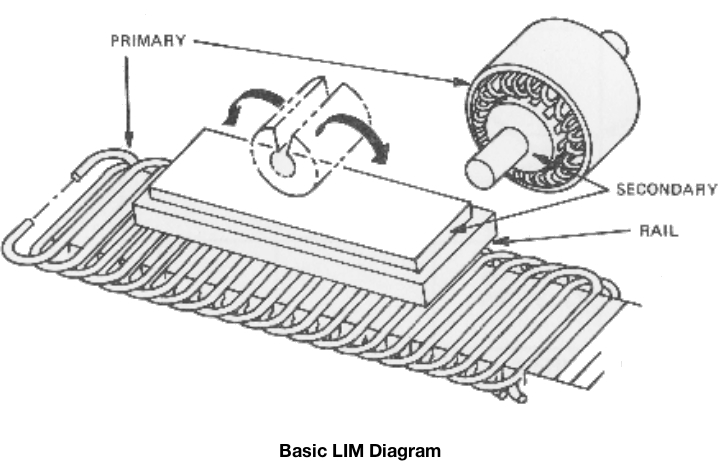 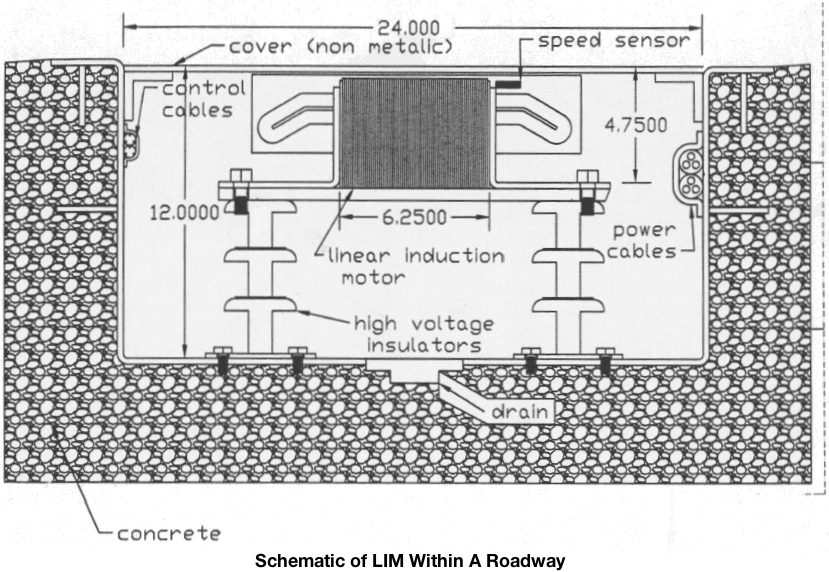 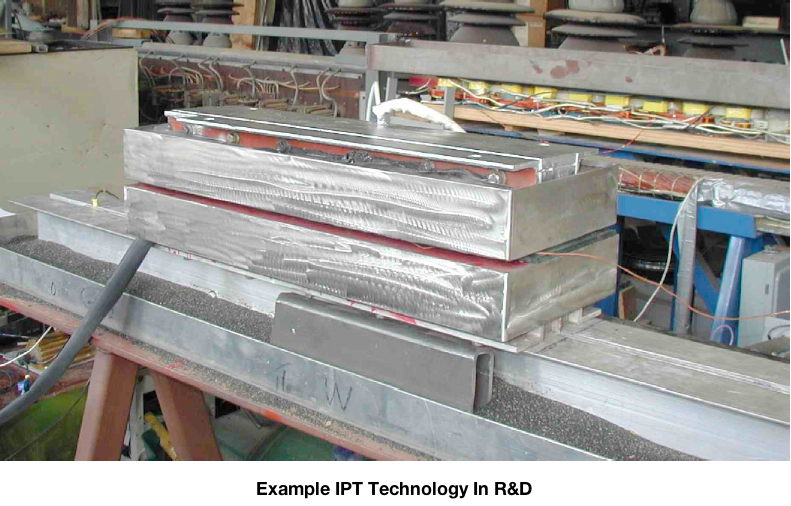 A LIM is simply a cylindrical motor that has been "unrolled" such that the traditional motor-shaft rotation is replaced by the linear motion of one part of the motor — in this case, a vehicle. LIMs are the basis of propulsion behind common applications such as roller coasters and airport trams as well as high-tech applications including rail guns and re-usable space launch vehicles. IPT technology enables energy to be transferred wirelessly through basic induction processes and is found in common applications such as recharging mats for electronics. For road transportation, LIM and IPT technologies can respectively propel and charge EVs at strategic points to mitigate transportation challenges presented by the use of batteries. The utilization of LIM within ramps to interstate highways, for example, would enhance the viability of EVs since the majority of vehicle power, on average, is consumed through acceleration onto highways. LIM-specific lanes (comparable to HOV lanes today) are also possible, and power can be transferred back to the grid during deceleration. IPT can be used to charge batteries quickly rather than relying on slower, stationary charging. The combination of LIM and IPT can make EVs a truly viable transportation solution.

In the case of aircraft, much fuel is consumed prior to flight (e.g., idling aircraft waste over 700 million gallons of fuel annually alone). IPT technology could be used to supply power to aircraft, thus eliminating the need to use onboard engines while idling. LIM technology could facilitate aircraft taxiing and greatly decrease the fuel needed for take-off. If LIM were used for deceleration, then power can be stored and reused later. Again, LIM and IPT technologies can be utilized together to decrease oil consumption and protect the environment.