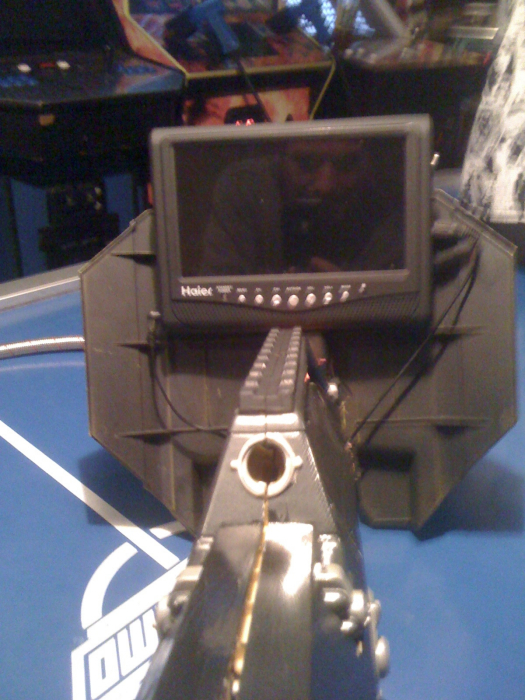 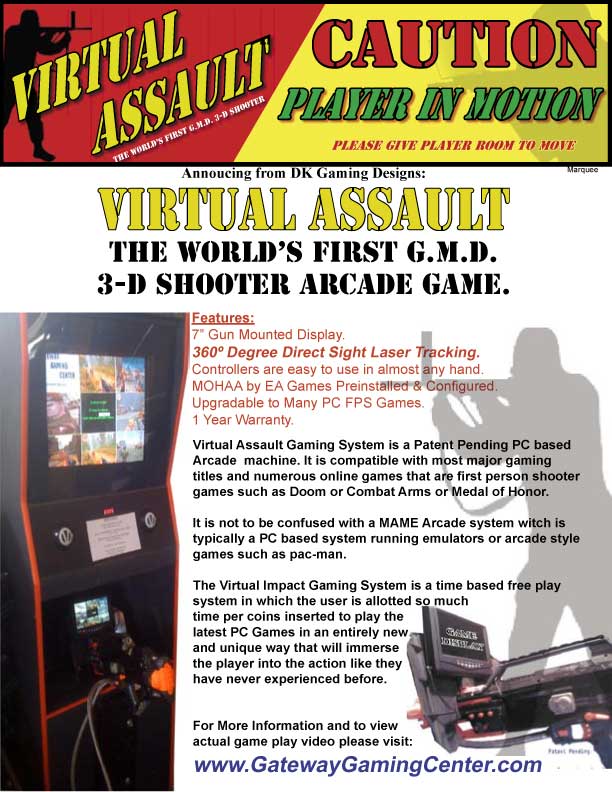 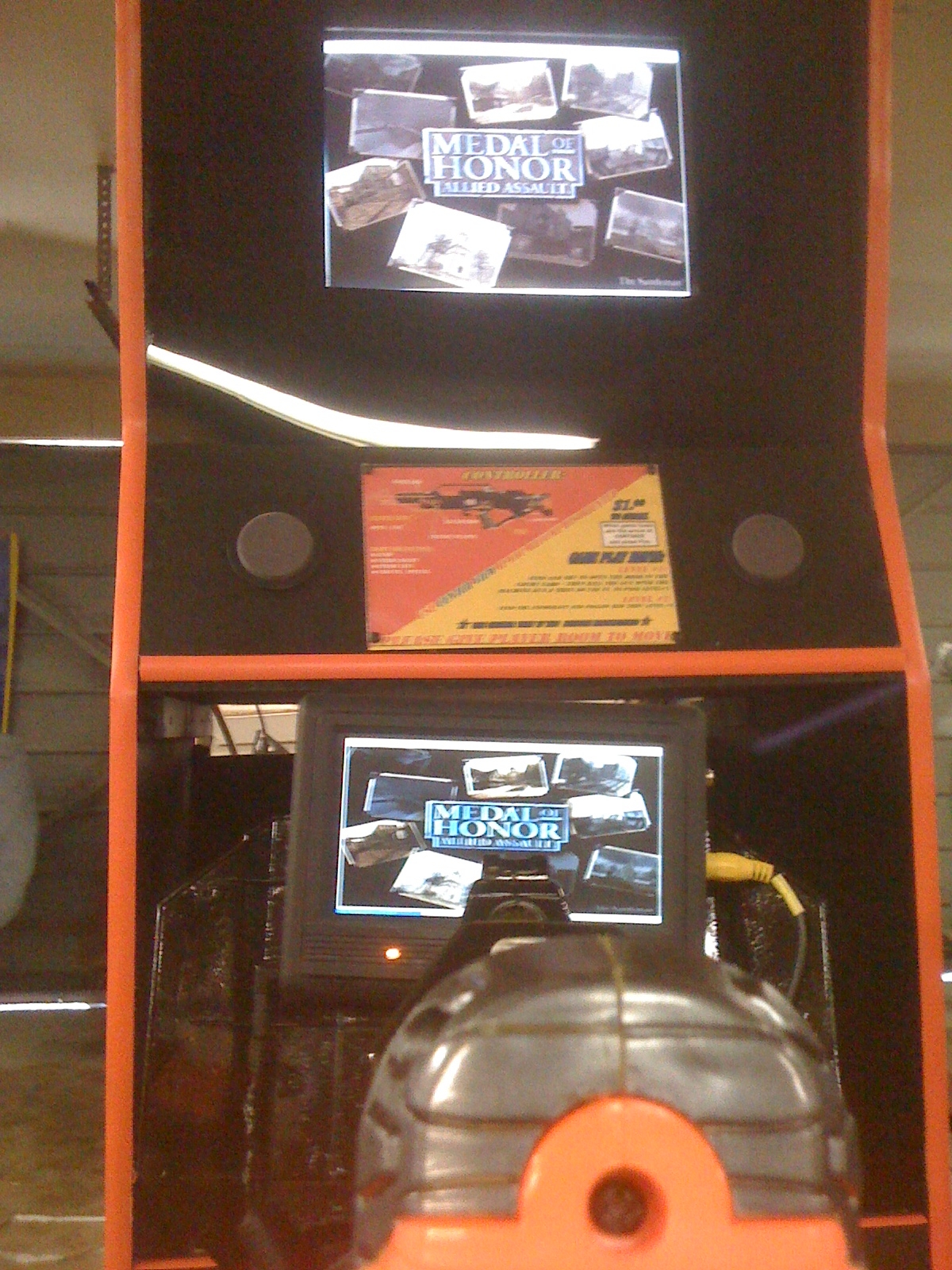 Virtual Assault Gaming System is a, patent pending, PC based Arcade Machine. It is compatible with most major gaming titles and numerous online games that are first person shooter games such as Medal of Honor, Doom, Black Ops, Combat Arms, etc.

It is not to be confused with a MAME Arcade system which is typically a PC based system running emulators or arcade style games such as pac-man.

The Virtual Assault Gaming System is a time based free play system in which the user is allotted so much time per coins inserted to play the latest PC Games in an entirely new and unique way that will immerse the player into the action like they have never experienced before!

What Really Makes This Arcade Game So Unique is the game controller. It is of unique design and incorporates the entire game play experience into a single unit. The game controller is designed for first person shooting games ran on a windows based system, but can be configured to work with game consoles. The concept of the controller is to give the feeling of immersion into a 3D environment. By using a G.M.D (or Gun Mounted Display) and combining it with laser tracking technology gives the user the ability to have 360 degree direct sight tracking - in a 3D environment. Meaning - in a 3D environment the image displayed will be the image the user is facing, if the user wishes to see what is behind them, he or she simply turns in that direction. The controller is securely tethered to the Arcade System by a light weight & durable cord.

The controller its-self is also very versatile and can be configured to also work with other gaming consoles such as XBox or Playstation and can be even designed to be completely wireless and even adaptable with projectors.

The Virtual Assault Kiosk Gaming System is one of the most innovative arcade gaming system ever devised. Kids and adults who visit my tiny 700sq feet arcade tell me it is the most awesome thing they have ever seen. Repeatably I hear returning customers say "This is the game I was telling you about" while pointing it out to a friend. Description can not give this concept justice - To truly understand you need to play it or watch someone play it. You can view video of game play on my web site at: www.GatewayGamingCenter.com