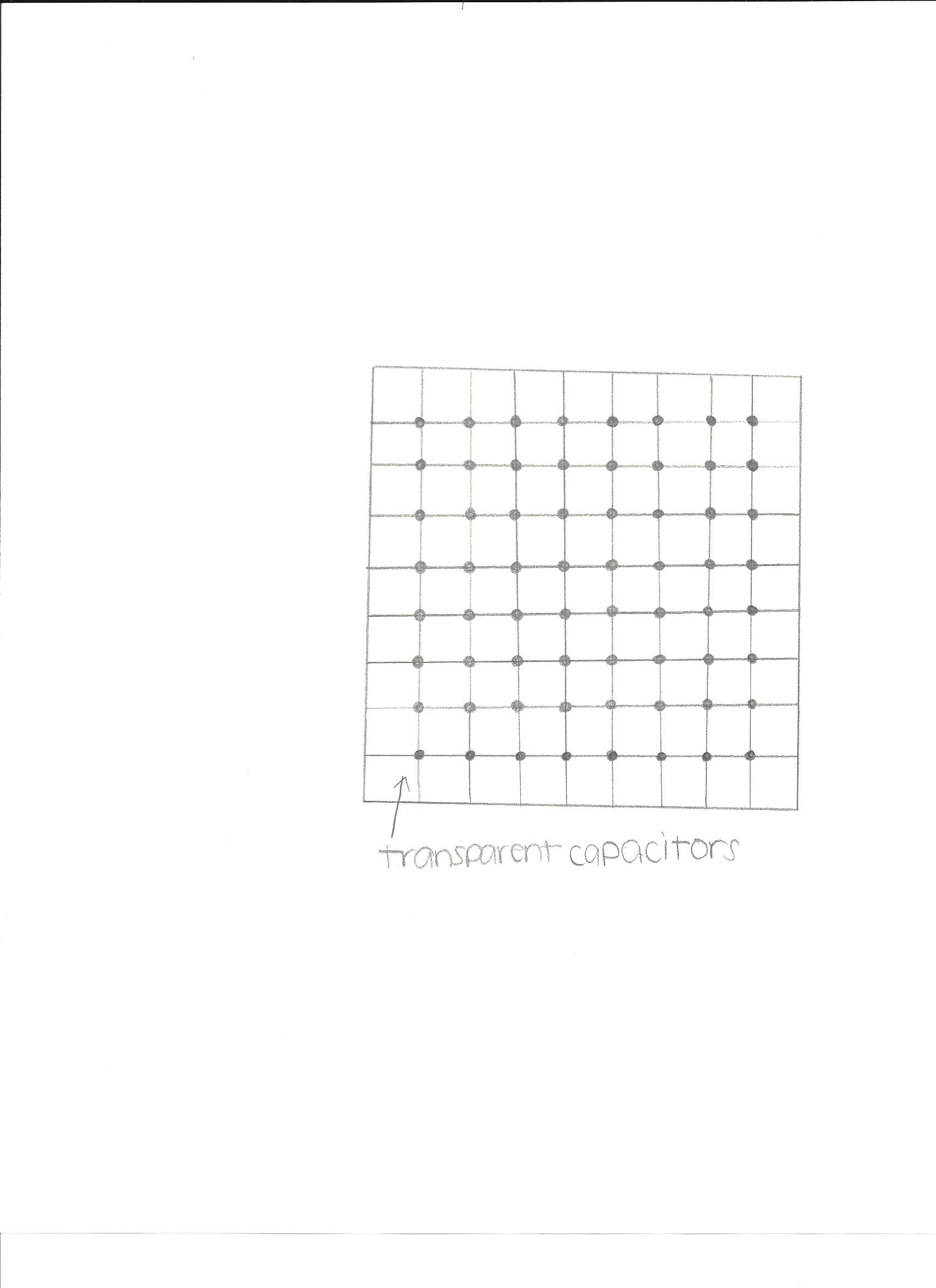 The goal of this device is to simulate textures by using electrical current to induce vibrations.

The most commonly used touchscreen technology is the capacitive touchscreen. The capacitive touchscreen works by use of a thin layer of a transparent conductive material (with a small current running through it) laid over an insulator such as glass. When an electrical conductor such as a finger touches the conductive material, it causes a distortion in the field produced by the current, and by several methods the device can locate where the distortion took place and therefor where the finger is touching on the screen. More advanced touchscreens, such as the popular multi-touch touchscreens, use a more sophisticated form of the capacitive touchscreen. On these multi-touch screens are multiple rows and columns, and at the intersections of each of these rows and columns lie transparent capacitors (mostly made from indium tin oxide. These screens works using the same principle as basic capacitive touchscreens, but the use of a grid allows for multiple distortions to be measured by the device, meaning more than one finger, for example can be detected.

Using current technology and with a few hardware adjustments, it is possible to create a system to increase the voltage to individual capacitors on these touch screens. By increasing the voltage high enough, the user should be able to feel a small vibration at the location of the capacitor. By harmonizing and regulating when and where the voltage is increased on these capacitors, it is possible to create a pattern of vibrations that can mimic the feel of many different textures. If the technology is developed enough, it could even be possible to use the vibrations to mimic the feel of brail text, enabling blind users to use a vast array of consumer electronic devices.

The simple drawing illustrates where each transparent capacitor is located and where voltage would be increased.