New Way to Get Broadband to Lost Customers 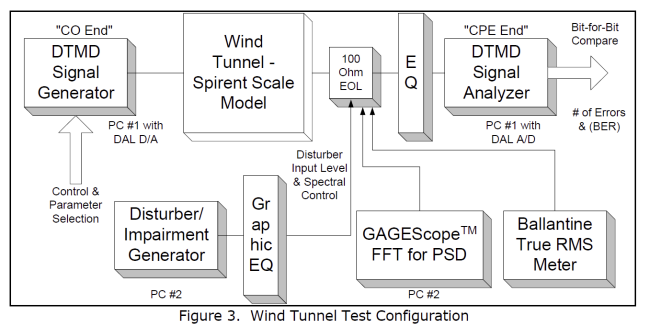 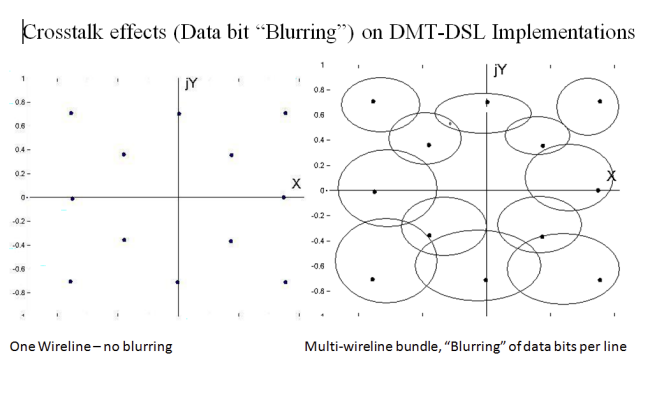 The nearly omnipresent wireline telephone system has been trying to get Broadband digital information to the greatest number of users with some form of Digital Subscriber Line (DSL) signals called Discrete Multi Tone (DMT). DSL-DMT is self limiting from intrinsic co-channel interference which gets worse as more customers try to get service through the same bundle. As a result millions of users can’t get decent access to email, the Internet for knowledge and information, for video and voice over IP, for telecommuting, for telemedicine, for distance learning and for fun. The conventional industry has been pushing the providers to use very expensive hybrids of fiber optics with more exotic DSL versions to get digital signals closer to the users. We created a "novel and unique" technology per the Patent Office, (# 7,236,451, with no-office-action), called Dynamic Time Metered Delivery to get digital capability to some 30 million users that can’t get it now.

DTMD uses true spread spectrum with multiple orthogonal time domain signals with no tonals on each wireline. It uses amplitude, frequency, time and code degrees of freedom and is compatible with the wireline. Its spectrum is band shaped and limited to meet all FCC requirements. Each bit is safely spread across ALL frequencies in the entire available wireline bandwidth much like white noise. DTMD signal’s nature has no special effect on any existing DSL, on AM and Ham radio and no special interference with each DTMD channel.

We built a frequency scale model similar to the Wind Tunnel concept for airplanes to test and show essential performance for the patent. In a practical implementation it goes on a chip set that can be used instead of the DSL chipset in existing designs. The silicon size and power are about the same or less than DSL. The chipset will have the same input and output functions. Introduction of the new capability will be via new generation FPGAs that have all the special functions on the chip. DTMD chipset costs in high volume will be the same as DSL with conversion to even lower cost ASICs. Therefore, manufacturers can substitute DTMD chipsets into their accomplished wireline-only designs to meet new FCC Broadband regulations of 5 Mbps at about 5 miles over the phone line! Lines can be merged to get even higher data rates.

Rollout methods and costs will be the same as the traditional methods losing favor. The system implementation is “substitution”. No digging and no equipment overhauls: racks install and mount the same way, connections to the wireline and to the digital sources are the same, cooling and power are the same or even lower, costs become the same with volume. DTMD will extend the life of the wireline plant, sustain and increase jobs, lower the introduction costs back to the early DSL levels without the need for expensive fiber optic conversions. A whole bundle can be filled which increases jobs for installers, customer services, content providers and revenues for the providers of Broadband services.