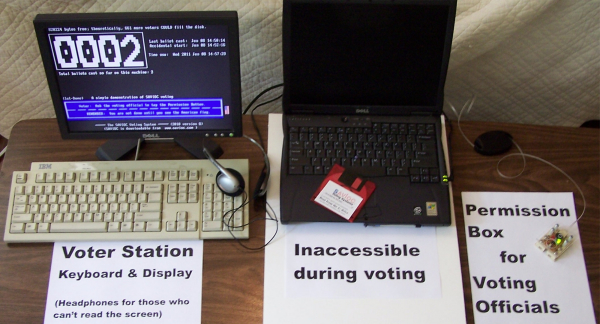 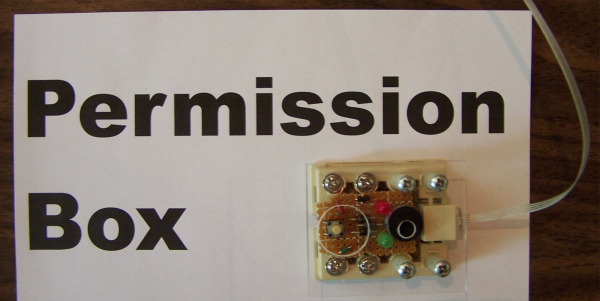 Sometimes old technology is superior to the "latest and greatest".

Do you trust that election results always represent "the will of the people"? Probably not.

The 2000 presidential election began to make the public aware of the extent to which our voting systems and technology were susceptible to error and fraud. Much has changed since then, but not all for the better. Some of the newer systems actually make it easier for a malicious person to manipulate election results without detection. Such problems have caused some to believe that paper ballots are the only choice, yet those have a long history of fraud.

The SAVIOC Voting System (www.savioc.com) is so radically different from every other voting technology that some voting experts can't believe it's possible to be so transparent and so secure. The key is in the basic design philosophy: use ordinary old personal computers, put everything on floppy diskettes, and make everything public knowledge except how any individual votes. All software, including the source code, can be downloaded by anyone and examined or tested.

Because all software, including the operating system, is on a floppy, the hard drive (if any) is irrelevant. An image of each precinct's boot diskette is made public before the election, and multiple copies are provided to the precinct. On election day, one copy is selected by a clearly random process to boot the computer, and others are distributed to interested parties for verification. This prevents pre-election chicanery. Once the program is started, it cannot be interrupted except by removing power or ejecting the diskette. Furthermore, an unlimited number of provably identical copies of the final results can be generated and distributed to multiple parties to keep each other honest. (Other voting systems have only one master copy of results; whoever controls the results could control the election.) SAVIOC requires no keylocks, secret passwords or "trusted operators" with special access to the system!

Buying votes is a scourge almost as old as voting itself. One way to check that a bought voter stayed bought is to specify a unique write-in for some unimportant office. The ballot with that voter's "signature" write-in should include the paid-for vote. SAVIOC prevents that scam by storing write-ins separate from regular votes. Also, the sequence of votes is scrambled to prevent identifying a voter by the order of voting.

Because the only unique hardware required for SAVIOC is a simple "Permission Box" (connected via a serial port cable) allowing voting officials to unlock the program for each voter, costs are exceptionally low. The computers themselves can be obsolete discards. (Newer computers may require an external USB floppy drive.)

The main market is the roughly 3000 counties in the USA, but some currently have prohibitive election laws that never anticipated anything like SAVIOC.

SAVIOC has undergone more than ten years of testing and improvement. As of 2011 June 1, in 162 public demonstrations, using 751 diskettes, 12,277 ballots have been cast without a single lost or misattributed vote.