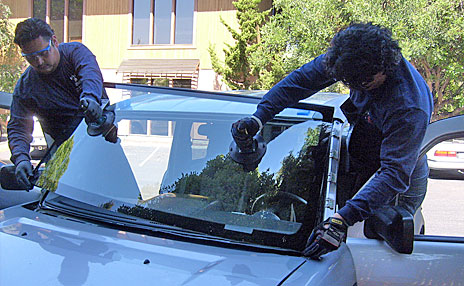 When people get a driver's license, many of them have the restriction on the back of the license saying that they need corrective lenses in order for them to drive, but most people including myself forget to always carry them with them at all times. So I was thinking, what if the driver side of the windshield had a transparent filament that would act as a lens that would be placed on the driver side windshield and would transform that part of the windshield into corrective "eye wear." I bet that it would most likely reduce the amount of fender benders on streets, which is due to poor judgement on distance from the car in front to your own car. It would also reduce most of the traffic caused by people exchanging insurance cards in the middle of the freeway that were produced by the fender benders.