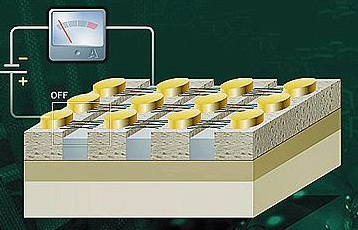 Nanotechnology deals with the study of nano sized particles. With the study of nano size particles, devices, and composites, we will find ways to make stronger materials, detect diseases in the bloodstream, build extremely tiny machines, generate light and energy and purify water. The most fascinating application of Nanotechnology is to make Nano sized switches to store information.

The memory needs of the contemporary world have increased dramatically. Fulfilling these needs, a constant work to improve the capacities of today’s memory devices is in progress. The maximum available semiconductor RAM in common use is of 1GB. Even this could not fill the growing memory desire of today’s users. As a result a nonvolatile, fast and vast RAM has been built with the combination of semiconductor and nanotechnology, named as NRAM (Nano RAM).

The main objective of this paper is to show how Nanotechnology comfortably mingles with the existing semiconductor technology to from a superior RAM, which is nonvolatile, vast and economical, both, in price and power consumption.

An effort, to explain why and how the Nano—RAM’s are superior to the existing forms of RAM devices, is made in the introductory part. This paper also includes the design and description of the Nano—RAM, followed by its advantages and disadvantages. As the CARBON NANOTUBE forms the heart of these devices , a short notes is also added to introduce the CARBON NANOTUBE’s. Efforts are also made to include a small