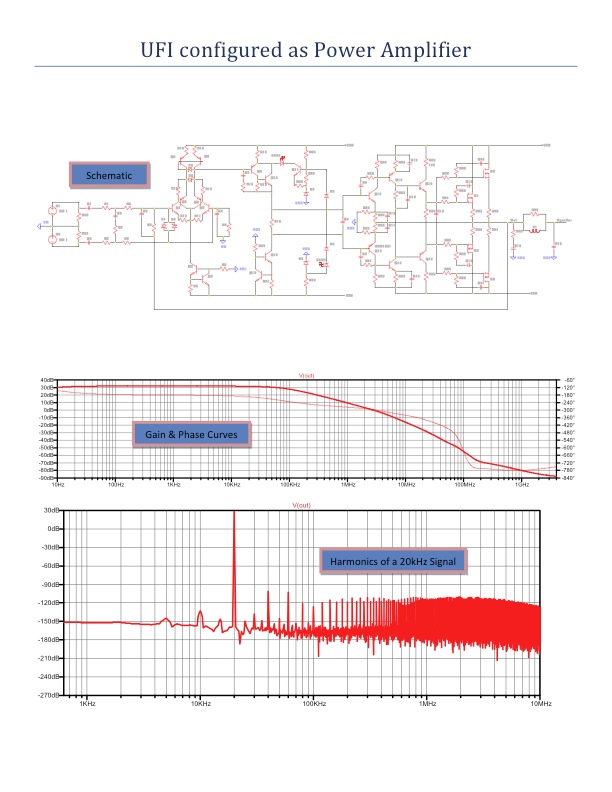 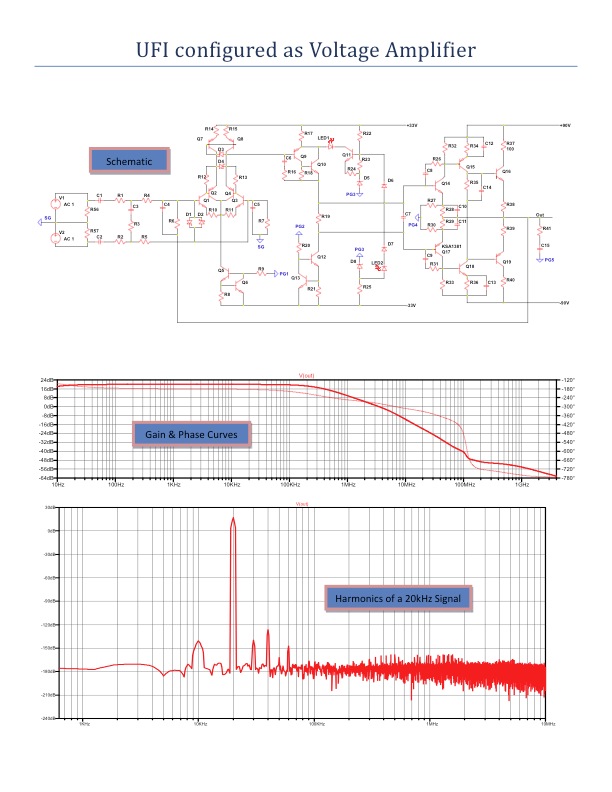 The emergence of 24bit recordings has further increased the accuracy of audio material, lowering the THD+N (total harmonic distortion plus noise) at more than -120dB below the audio signal. For transparent sound reproduction, designers are challenged to reduce the THD+N of existing power amplifiers 10 to 50 times to meet the new THD+N milestone.

We illustrate a class AB power amplifier (UFI), which according to SPICE simulations may reach a THD+N of -130dB (0.00005% THD+N) at 20kHz into a 4ohm load when configured with a gain of 20. Measurements on a prototype show that the performance depends on the circuit board’s layout and choice of electronic components.

Here are some key design aspects of UFI:

Here is why the use of CFP configurations in UFI allows for very low THD+N:

Since the distortion components are at or below the noise level, reducing the amplifier’s noise, especially the thermal noise produced by the resistors, will lower the THD+N. Emitter resistors R10 and R11 can be absent.

Furthermore, a low THD+N can be achieved by inserting a buffer in front of the UFI power amplifier, and distributing the closed loop gain among them. In this case, the UFI power amplifier can have lower input impedance and gain, employ resistors with lower value at both inputs and feedback loop, and therefore reduce the thermal noise.

The second figure shows a similar schematic that can be used as a voltage amplifier. When configured with a gain of 5 the simulation shows that the voltage amplifier and UFI power amplifier exhibit a THD+N of 0.000010% and 0.000017% respectively.