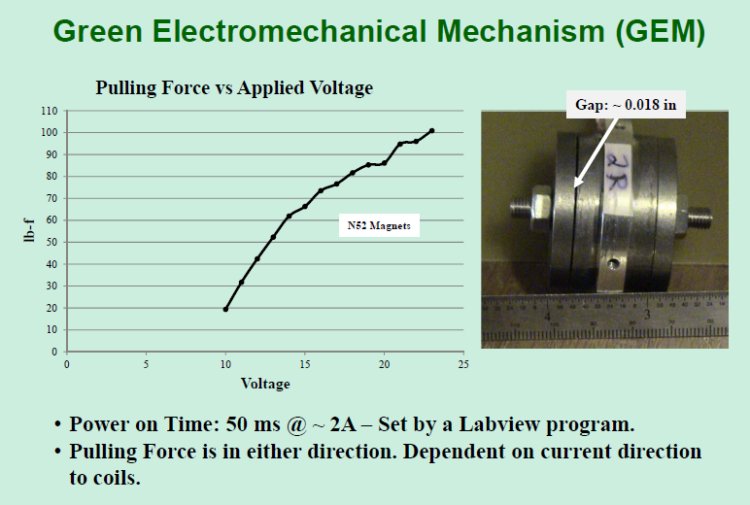 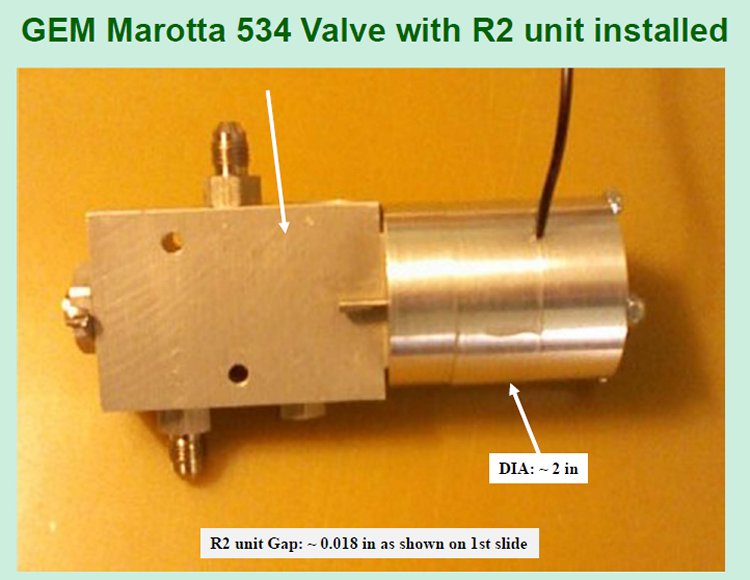 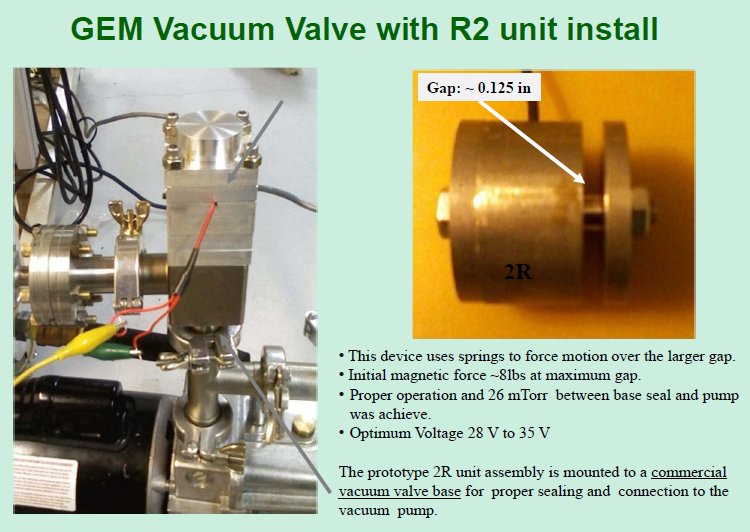 Environmental impacts associated with the production and consumption of energy include global climate change, acid rain, hazardous air pollution, smog, radioactive waste, and habitat destruction. The nation’s heavy reliance on fossil fuels – primarily imported petroleum – poses major concerns for energy security. Therefore, the reduction of energy in any form will provide an energy savings for future generations. Electromechanical devices are abundant throughout the world in valves, actuators, pumps, switches, relays and etc. Comprising electromagnet or solenoid technology to activate (on or off) the mechanical operation; many staying activated during the entire operation – sometime for hours or days at a time. Their energy consumption – measured in kilowatt hours – is compounded by their resistive heat loss over time, which in some cases is further compounded by additional cooling requirements – presenting another energy loss. The Institute for Advanced Studies in the Space, Propulsion & Energy Sciences has developed a greener electromechanical mechanism, called GEM (two patents pending), which comprises permanent magnets and control coils, such that, activation times for many electromechanical devices can be reduce to milli-seconds - whereby the GEM’s energy consumption is reduced by factors of 100s to 1000s or more, dependent on the actual required activation and hold time, over conventional electromagnet or solenoid technology; in some cases having greater holding forces related to size. Further the reduced activation and hold time infers little to near no heat emission. This is accomplished by using a technology similar to parallel path magnet technology (a new technology first patented in 2006), where the magnetic fields produced in the GEM technology by the control coils act as valves to direct the internal magnetic field from the permanent magnet in the preferred direction. This is different from acting directly against the magnetic fields externally as done in most electromechanical permanent magnet latching devices, which require more energy to do so. Working prototype valves have been built with relatively simple manufacturing involved. The valves were purchased from third-parties with near drop-in replacement of the solenoid - similar housing adapters were fabricated in-house due to the different voltage path. Whereby, commercial version of the valves would be nearly undetectable from the previous technology with near drop-in replacement in some cases. As fabrication is similar to existing valve components, no change in cost is expected. Of note, energy efficient GEM linear reciprocating pumps, while providing reduced energy in general to all, are needed in remote or rural area for both fresh water and irrigation uses; specifically where sunlight maybe the only source of energy. Other pump uses in these areas included refrigeration and reduced energy medical pumps for bodily fluids. Therefore, the GEM technology crosses many venues to: increase the quality of life; improve the efficiency and quality of healthcare; and help reduce dependence on non-renewable energy sources. This provides a market for GEM technologies, which could exceed $billions across a wide range of uses.