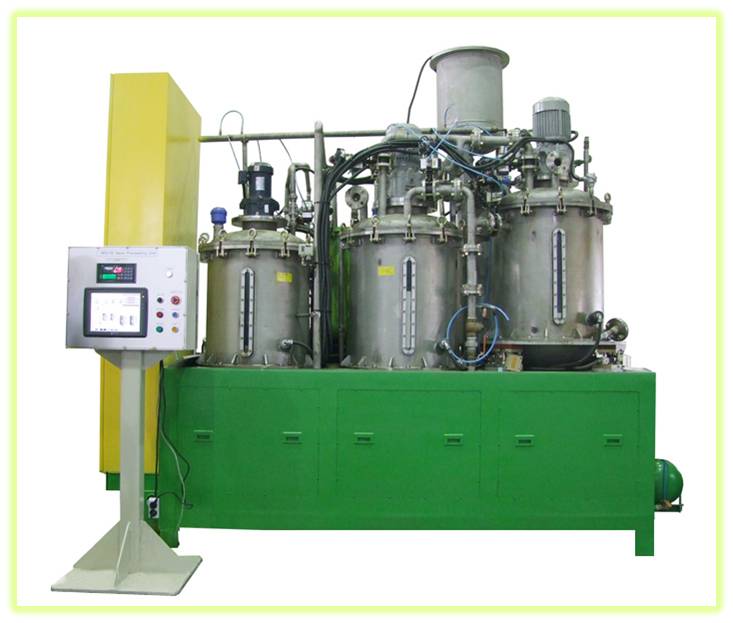 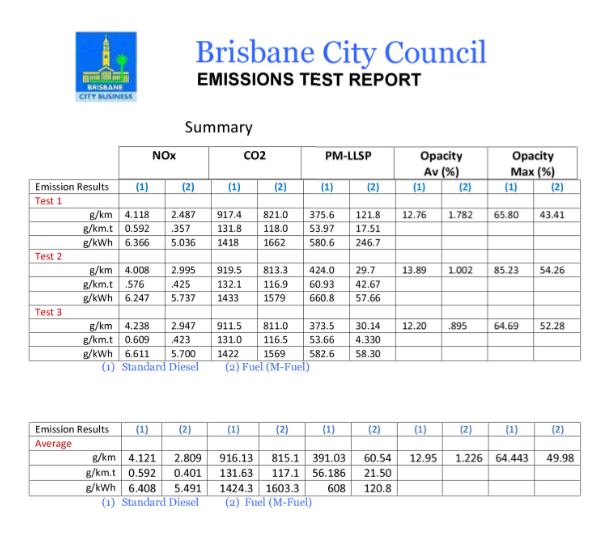 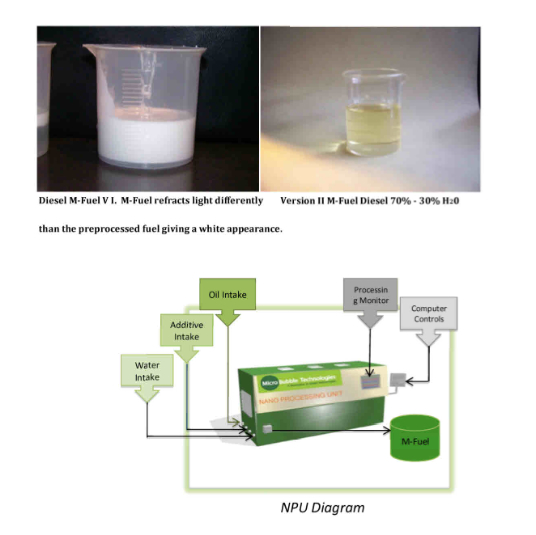 The technology generates micro bubbles of fuel with a diameter less than .5 microns and water. (Note: the water can be industrial or waste water without any particulate matter) which is ideal for third world countries. During this process 98+% of soluble NOx and SOx is removed from the oil prior to processing. The water is ionized in the Nano Particle Generator (NPG). Each sub-micron particle of oil absorbs molecules of H2O that are smaller than the oil particle.

Other emulsion products are suspended oil in water where the water is the primary carrier of the fuel. M-Fuel is different than this type of emulsion. We suspend water inside the oil particle and coat the oil particle with a negatively charged additive. There are many advantages to this technology the primary being there is no discernible water in the fuel.

In basic terms M-Fuel is oil that is not a continuous medium but separate oil bubbles where a bubble consists of H2O, H, or O2 with an additive coating carrying a similar negative charge.

M-Fuel will reduce emissions in HFO by a minimum average of 60% and reduces the cost of the preprocessed fuel by over 20%. Water fuel emulsions with at least 14% H20 under section 211 of the Clean Air Act of 2003, subparagraph (A)(iii) is eligible for a 19.7 cent tax rebate.

M-Fuel can be employed in any internal or external combustion HFO engine without modification, and can be produced on the distributor level.

The of M-Fuel will immediately reduce the need for diesel by a minimum of 30% and at $4 diesel reduce costs by 25%.

If all the tillable land in the US was planted in soybeans for the conversion into Bio Diesel, it would only put a dent in the total U.S. demand for diesel fuel. Without diverting any food stock to bio-diesel production M-Fuel will reduce demand by 30%, all the while reducing costs an emissions that bio-diesel cannot.

M-Fuel has been tested and all tests support the claims. The first major installation will be in a power plant in Chile.