The Combined Aero-Hydro-Turbine and Propeller 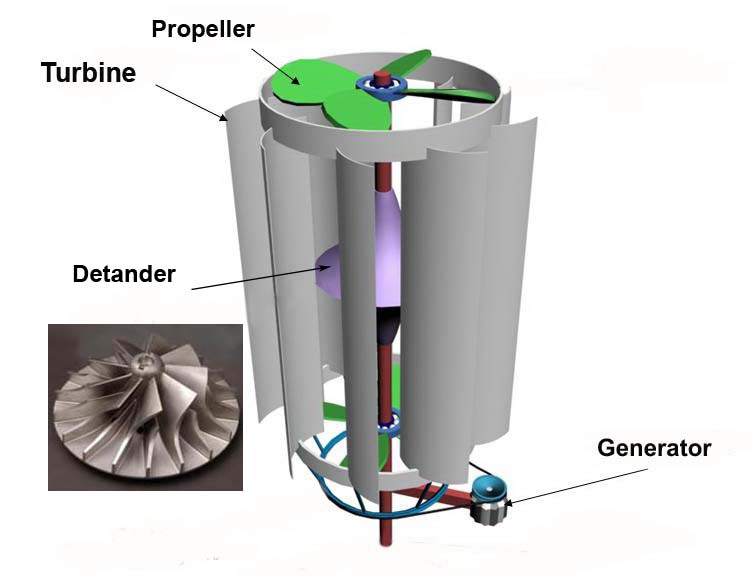 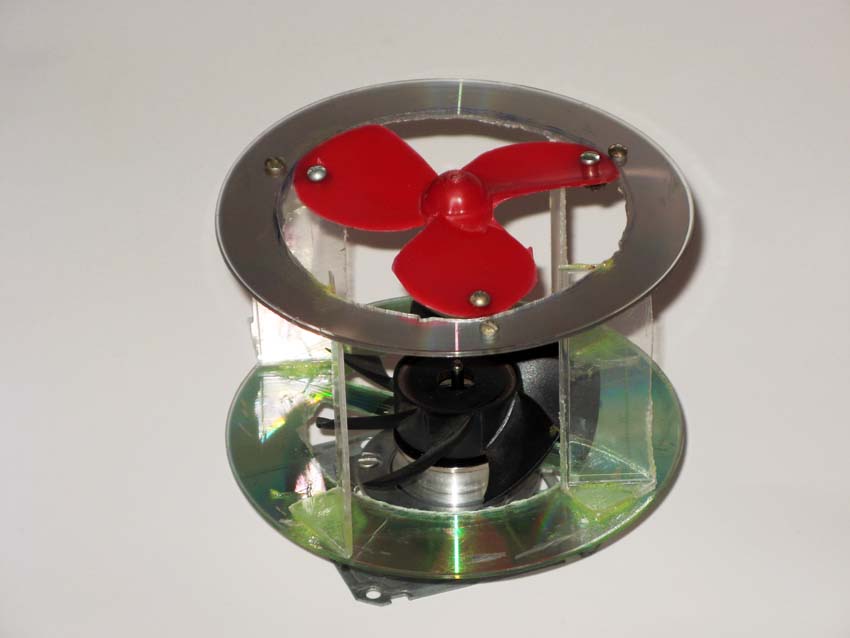 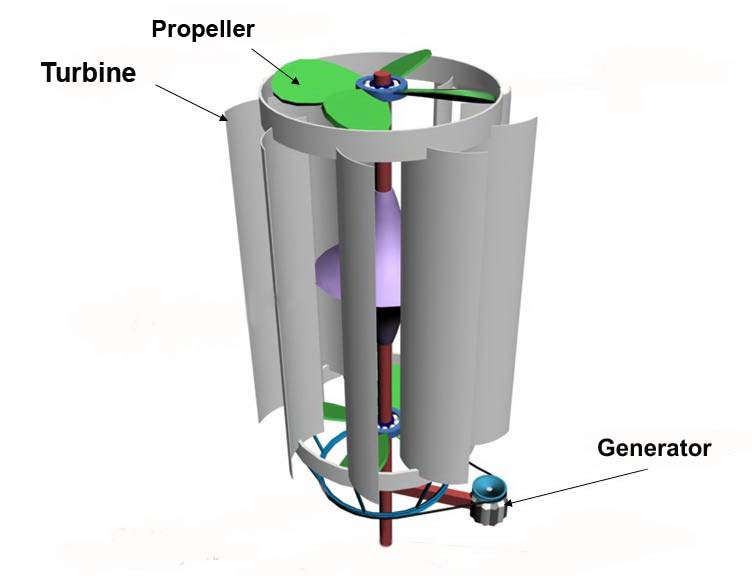 The combined turbine is in 3 times more effective than the already existing. This effect is reached by that, between vertical blades of the turbine horizontal propellers are located (free or rigidly), which force air into the space between blades. Between these propellers in the center of the turbine is located a turbodetander.
The raised pressure inside the turbine presses on the detander and all blades equally and forces them to rotate. Thus work is made with all blades.

Different variants of this turbine are possible:
1. The "half" version presented in the figure. This variant can be used on horizontal wind propellers - on 1/3 of their internal inefficient radiuses and as hydroturbine. In such water-wheel the top propeller should have the form of a Francis-turbine.
2. This “half” version has the shape of a cone. In this scenario, a lot of the propellers with a small radius will be pumping air into the chamber with the vertical blades of large radius. This difference of radien allows the use of centrifugal acceleration.

By this principle it is possible to create the combined propeller. Two variants are possible.
This combined turbine is the best synthesis of known technologies of Richard Klemm and Victor Shrauberger. But these inventors considered that their turbines work on any cavitation and emplosion. Therefore their designs have many superfluous details which reduce potential efficiency. Actually in all perpetuum mobile work is made with centrifugal acceleration which in electrodynamics is named as a radiant field or current.

The combined turbine has no pump and radiator as against predecessors. But it has forcing propellers, the turbodetander and a flywheel. These details increase capacity of the turbine many times over.

On such method of a forcing of air the submitted turbine is similar to J.Volodko's monotermic engine. But he tried to receive superfluous energy only by means of the laminar expiration of compressed air. As verifiers of this engine assert - so-called overunity energy does not exceed 5-7%.

As against J.Volodko's engine, the submitted turbine has the turbodetander and a flywheel. Except for that forcing propellers are combined. Besides, in the second variant, the radius of these propellers is smaller than radius of detander. This difference of radiuses allows to take superfluous energy from centrifugal acceleration instead of the laminar expiration of air.

You can look details on a web-site: www.technogeo.ucoz.com