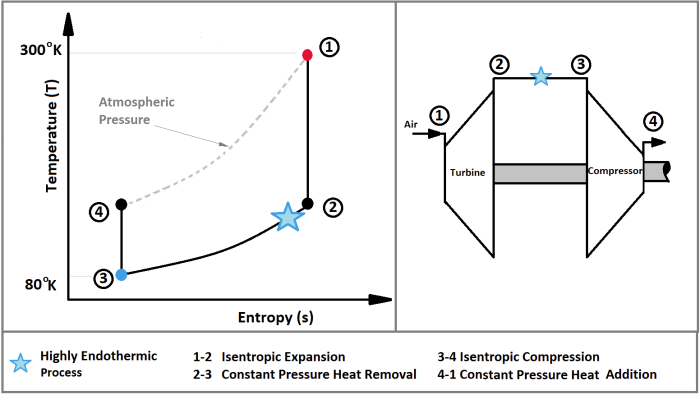 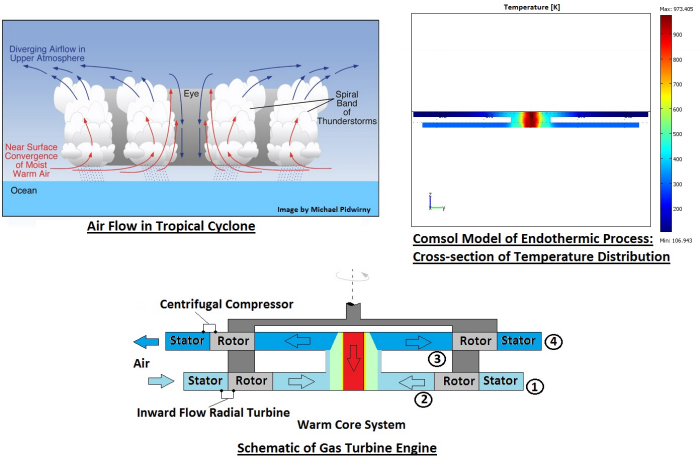 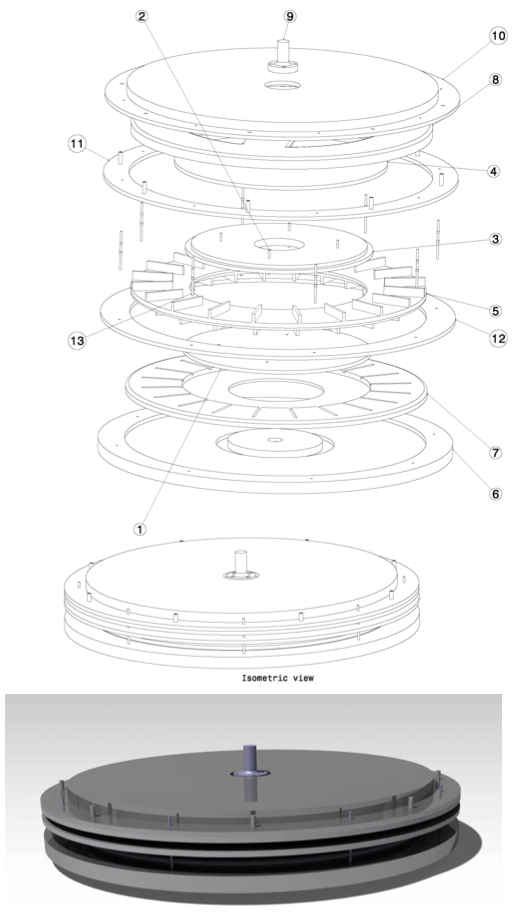 This gas turbine engine design offers an ingenious solution to the pending energy crisis. It offers an alternative energy solution that emits no greenhouse gas, while balancing the greenhouse effect itself, as the by-product of this engine is very cold air.

The second stage was to develop a process that would be sufficiently endothermic to attain the necessary low temperatures at the required flow rates (process 2-3 in figure 1). The solution adapted to this challenge is a warm core system, resembling the air flow of a contained scaled down version of a Tropical Cyclone (figure 2). In part this approach is influenced by works of Kerry A. Emmanuel, which suggest that the Tropical Cyclone can be modelled as an engine cycle. CFD models were developed in ComSol that illustrate the endothermic process. This process is triggered by initially cooling the output end of the flow to a critically low temperature. At the onset of the process external cooling is no longer required. To the output flow the core acts as a refrigeration agent; removing heat from the output end and transferring it towards the input end of the flow (reverse direction, see figures 2). This action causes a heat build-up and temperature rise in the core that balances the drop in temperature at the output end.