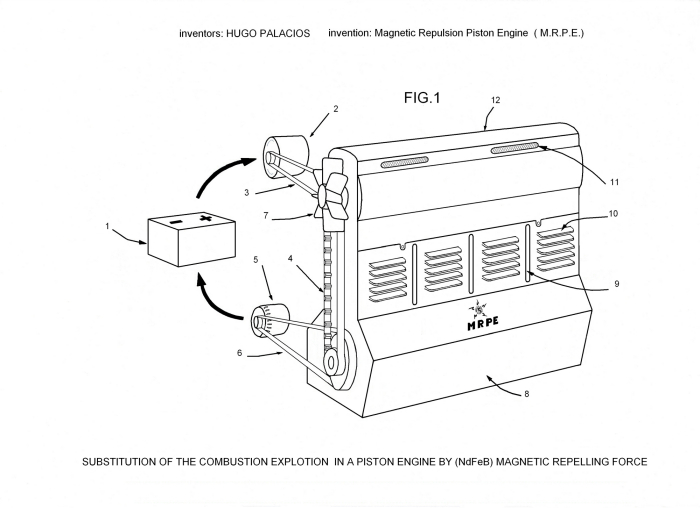 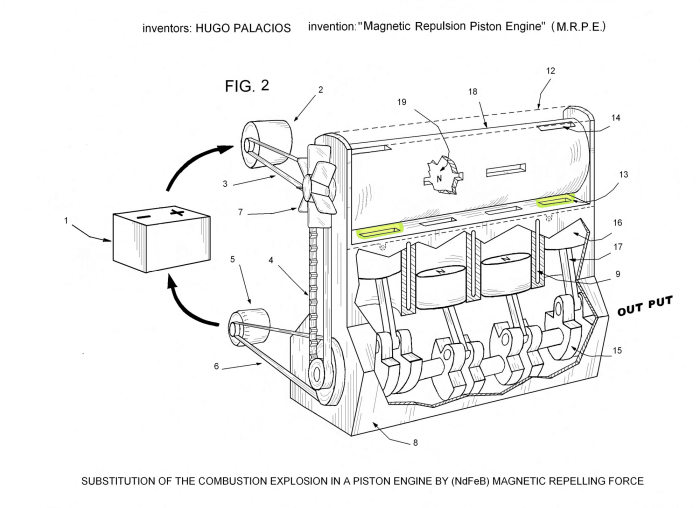 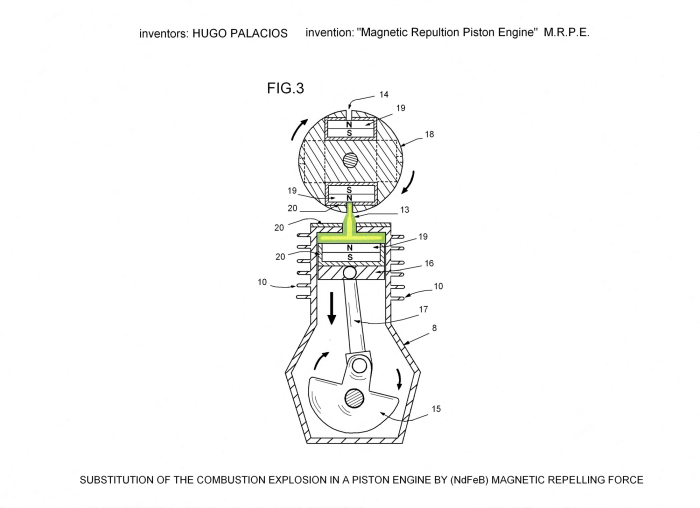 This invention pertains to the Automotive Engineering and Green Technologies.

With the MRPE, internal combustion is substituted by a neodymium (NdFeB) repulsive magnetic force which depends on a primary energy source of a 12 Volt battery. This battery then energizes an electrical motor to start and speed up, causing the magnetic drum to spin (by way of a driving belt), resulting in a repulsion of the magnetic piston heads. The pistons are spontaneously forced to move down, delivering a mechanical spinning force into the crank shaft creating a reciprocating mechanical force which results in a powerful torque. At this point, the power of the reciprocating magnetic piston engine is proportional to the volume of the combined magnetic pistons’ displacement in a single movement from top dead center to bottom dead center. And while the engine is running the crankshaft pulley (by way of the driving belt), the alternator activates, retrofitting and keeping the battery charged. The MRPE invention is a sustainable improvement of the conventional internal combustion piston engine,and an efficient, advantages and sustainable solution for continued vehicle mobility while minimizing health hazards, and at the same time, promoting green technology.