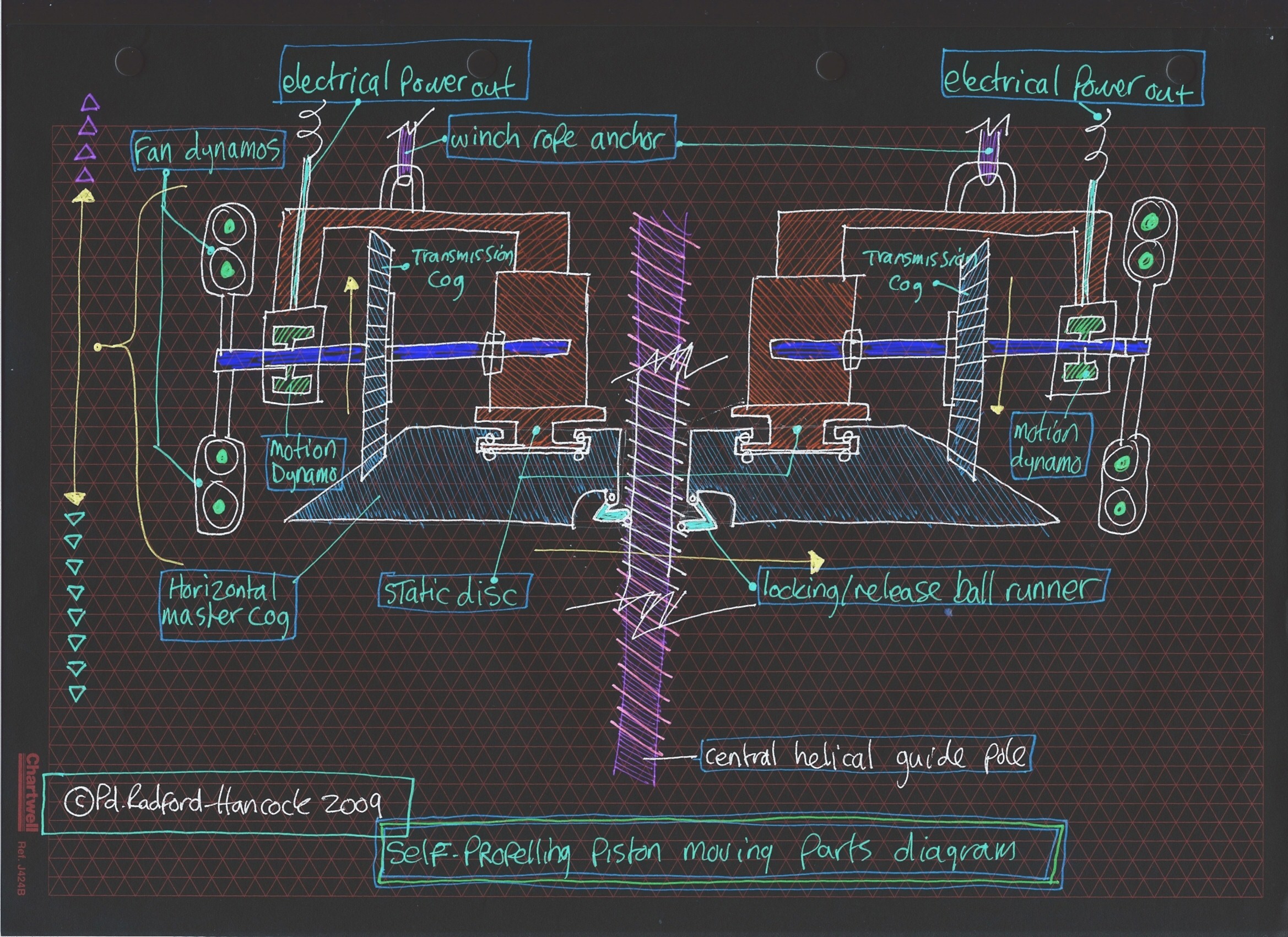 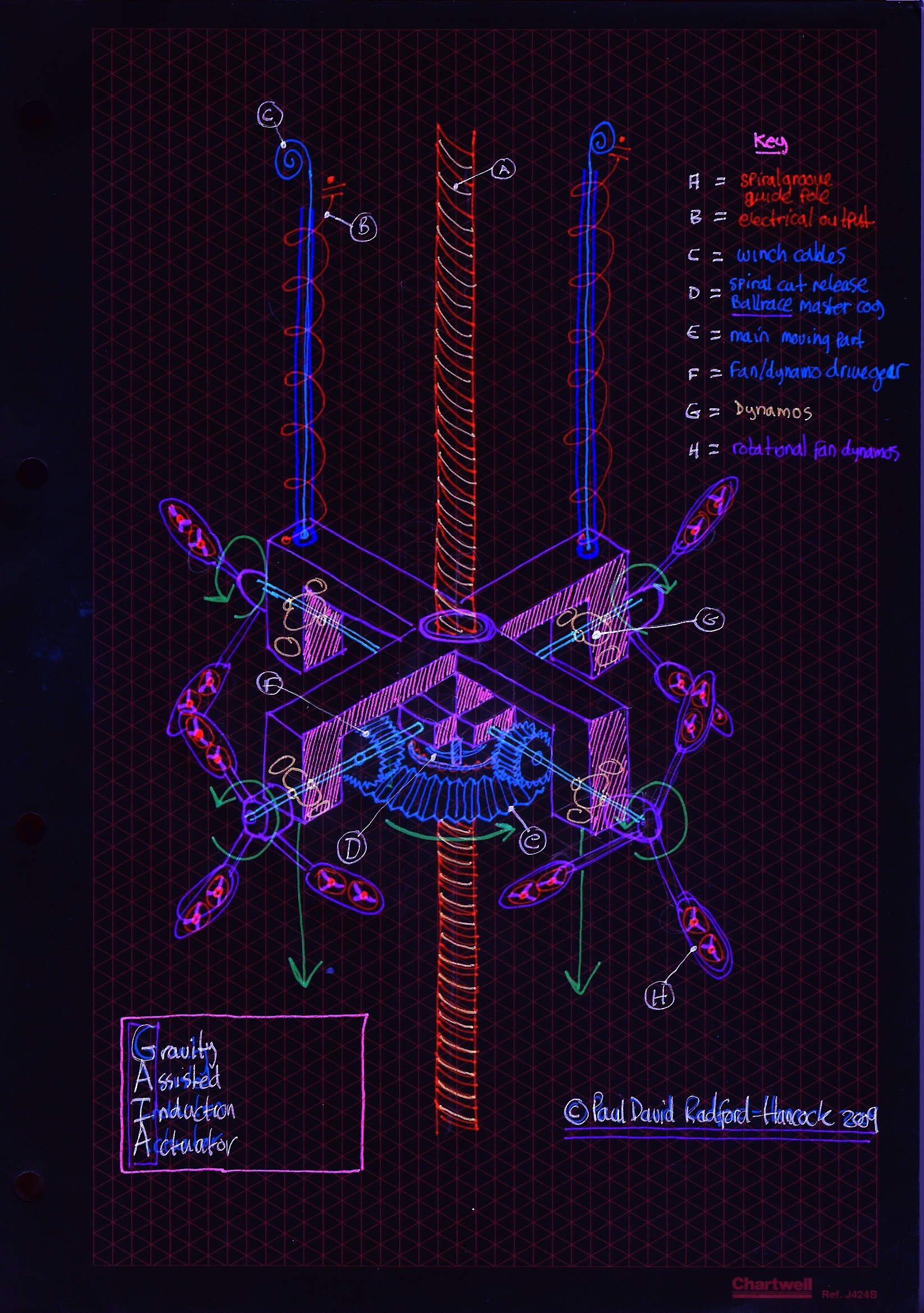 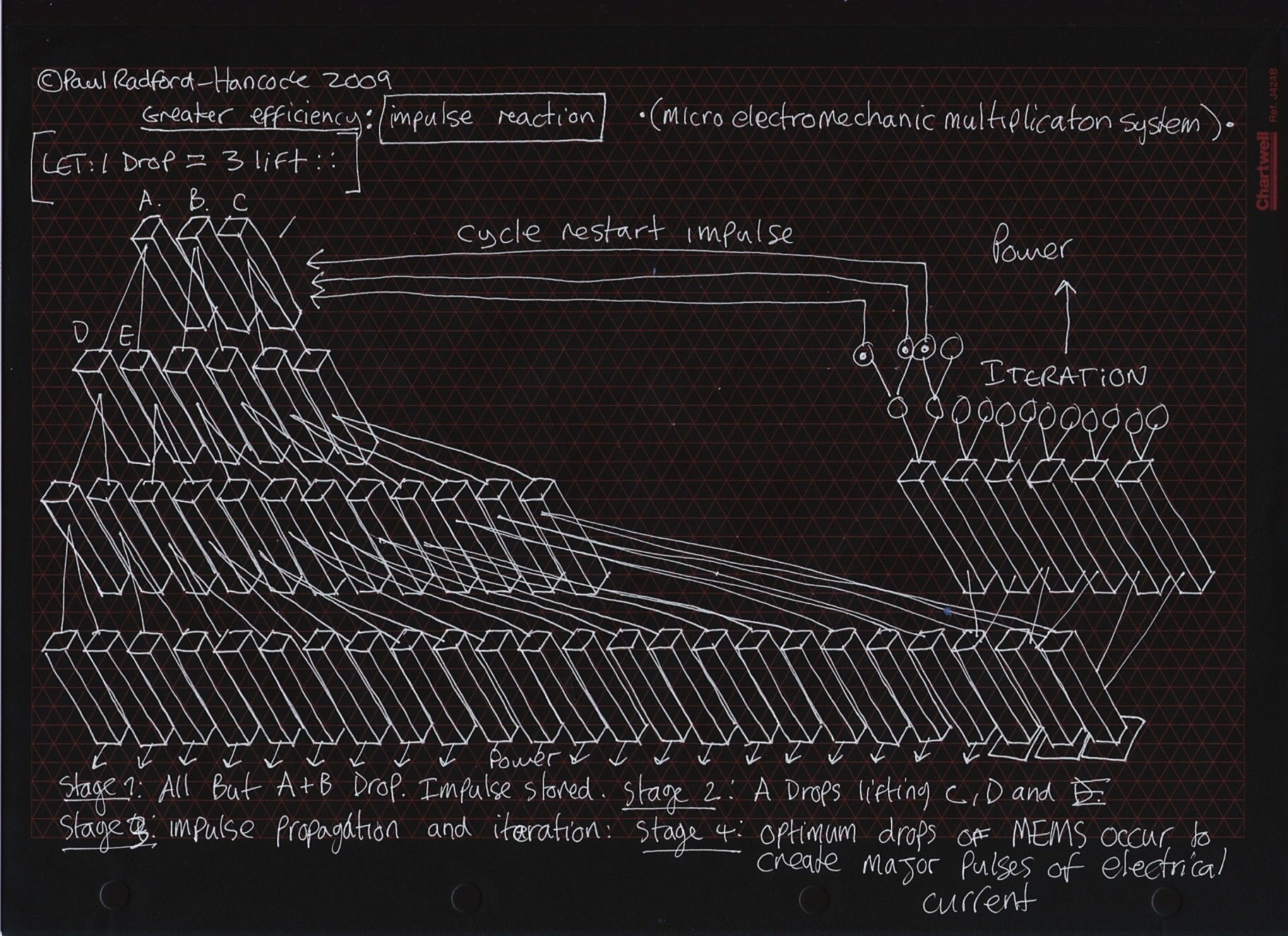 The mechanistic recuperation of gravitational force and the transformation of that force into electrical current is based on a simplistic corollary to Newton’s third law; that every action has an equal and opposite reaction. In the case of the Micro-Efficient Electro-mechanical multiplied-system self-sustaining reaction, this corollary is achieved materially and is as follows: If an action requires a specific amount of force to achieve, then by giving the resultant reaction a shortcut allows more work to be done by the same amount of force.

So it is that when a fan dynamo assembly is moved by the force of gravity around a spiral track, traveling vertically downwards while completing many revolutions around its vertical axis on its journey, it produces a certain measurable quantifiable and constant amount of electrical power. The premise of the self sustaining reaction is that this amount of power can, in certain material/mechanical physical propositions, be enough to return such an assembly to its starting position, because the assembly runs downwards on hinged sprung catches, which are locked in position on the runner grooves when weight rests on them, and retract when the assembly moves upwards, allowing the assembly to travel in a STRAIGHT LINE vertically upwards. This is in effect the basis of the Newtonian shortcut, that work performed because of the natural action of gravity or centrifugal force upon the assembly is EQUAL OR GREATER in terms of its electricity output to the electricity required to return a neighboring identical assembly to its starting position where Gravity is able to act upon it and reproduce an identical amount of electricity.