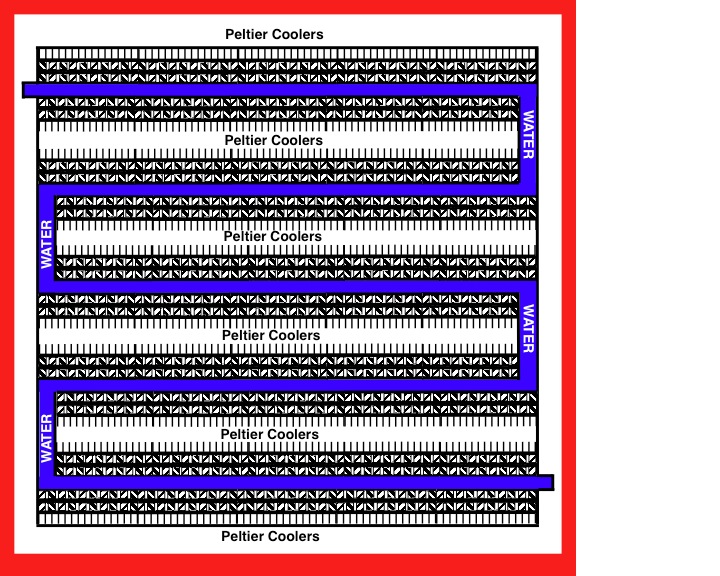 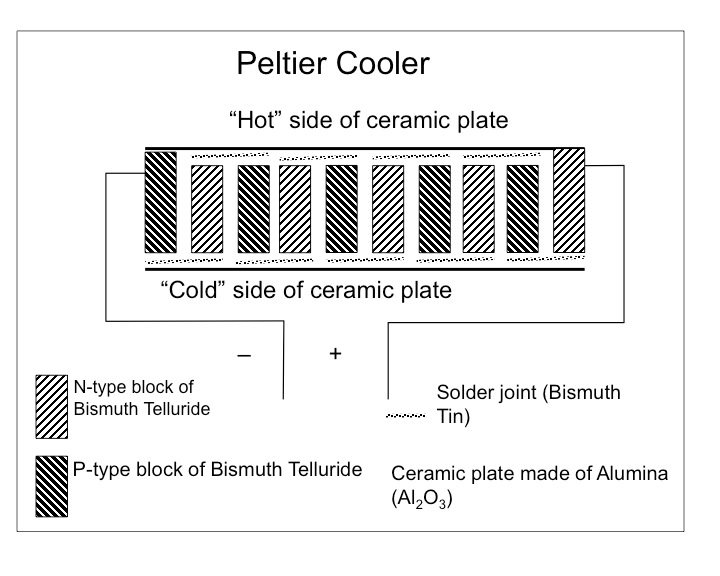 A major environmental issue today concerns the effects of automobile pollution and efficiency. Recycling lost energy, increasing fuel economy, and protecting air quality are areas in which a vehicle could be improved. Engine combustion of gasoline creates excess heat energy which the radiator disperses into the atmosphere. One way to recycle this heat is to redesign the radiator and incorporate Peltier coolers using the Seebeck effect. This would be accomplished by simply removing the old radiator and inserting a new radiator that was the same size and cooling capability of the old radiator. This new radiator would also include embedded Peltier coolers between the hot water pipes and cooling fins (see Seebeck Radiator Diagram).

Peltier coolers (see Peltier Cooler Diagram) are solid state thermoelectric devices that use a temperature difference to cause a flow of electrons. Peltier coolers can be very inexpensive (around $1 for one unit), are compact (40x40x4 mm), and have a lifetime expectancy of about 100,000 operating hours. Research was conducted to determine how a Peltier cooler’s temperature difference could produce electricity using a TEC1-12706, how the electrical output could be maximized, and how a stacked Peltier cooler design could create a novel Seebeck radiator. Analysis indicated one could convert some of the heat energy from a radiator to electricity. This electricity would be used to charge the battery, reducing the electrical load on the alternator. This would reduce the alternator’s load on the engine, increasing engine efficiency. A prototype test (see Prototype Image) placing two stacked Peltier coolers onto a radiator and recording the voltage and amperage output confirmed the feasibility of this idea.

Based on research and testing, a Seebeck radiator containing Peltier coolers could produce an estimated 13.5 volts and 7.3 amps or about 100 watts of power. This would reduce a 30 amp alternator load by about 24% and increase engine efficiency by about .84 miles per gallon. Over the course of a year driving 13,000 miles, a person would save about $110 in gasoline costs for an automobile in the U.S. and up to $260 in Europe with the potential for even more when used in a semi-truck. The redesigned Seebeck radiator would cost approximately $350, paying for itself in less than four years. The environmental benefit of a Seebeck radiator is the reduction of an automobile’s carbon dioxide emissions into the air by up to 500 pounds per year. This is a decrease of approximately 4% of a car’s total yearly CO2 emissions.