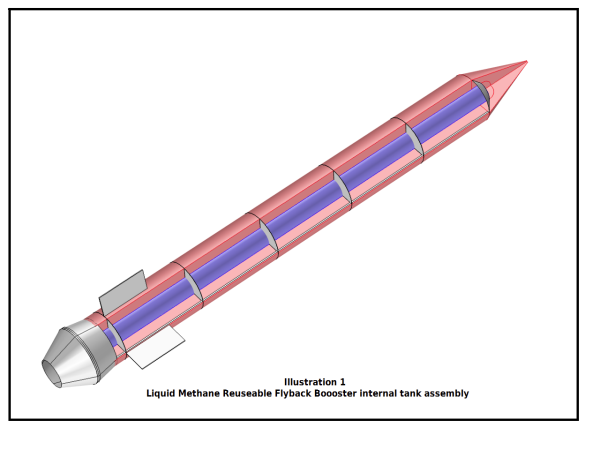 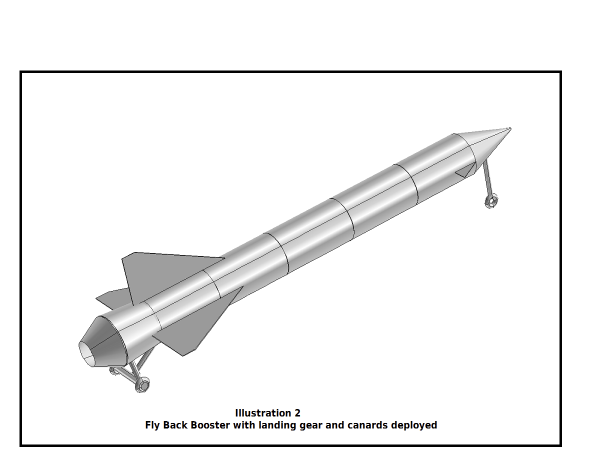 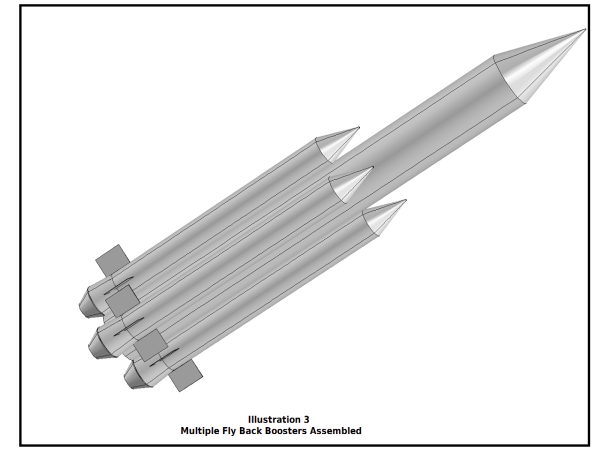 Designs for launching payloads to orbit rely on expendable liquid kerosone or hydrogen fuel sources. This is a costly due to the high cost of design and construction of ultra light weight tanks using aluminum-lithium alloys. We propose reusable LCH4/LOX fuel tanks concentricly aligned which are fully reuseable to provide 1 ½ or 2 stage rocket lift platforms.

Compared to LCH4 kerosone has a 30% lower power exiting a rocket noozle and hydrogen requires a large volume tank compared to LCH4. Less payload can be launched with kerosone and by shrinking the fuel tank size relative to hydrogen less aerodynamic drag on the nose of the rocket occurs lower cost and raising performance. By flying back and recovering the tank assemblies the launch costs could be reduced 20-50%.

Illustration 1 demostrates the tank assembly using LCH4 in a core fuel tank and the surrounding LOX tank. The external pressure on the concentric LCH4 tank from the surrounding LOX tank assists in keeping the internal liquid methane tank wall thickness far thinner than standard tank designs. The LOX maintains the LCH4 below liquidfication temperature since the LOX temperature is near 10 degrees celcius lower than liquid LCH4. This lowers weight by reducing insulation needed and simplifies methane tank design. The inner LCH4 and outer LOX are coupled together with thin bulk heads and longerons are intergral to the LOX tank for structural support during landing. The inner LCH4 tank would be thermally pre-strained in compression to lower the LOX tank crippling load from the nose cone aerodynamic pressure during flight.

Ilustration 3 demonstrates how multiple boosters may be coupled to vary the payload assembly weight and size to meet most any requirements. The boosters are connected to the payload at three points. Two fixed connections at the base develop the lift for the primary payload assembly. This lower connection relieves any payload axial crushing forces thus producing a lighter liquid fly back booster. The upper coupling would be a slider connection in order to prevent stress from developing from thermal contraction during filling the LCH4/LOX at launch. During seperation the slip connector would be released and the aerodynamic drag naturally seperates the liquid fly back booster from the payload assembly.