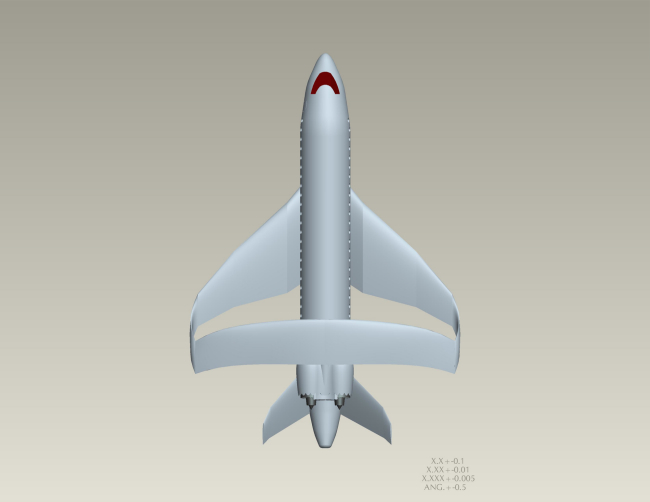 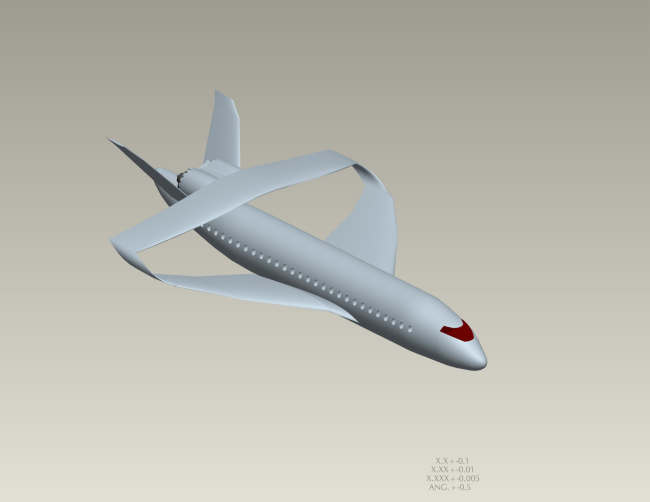 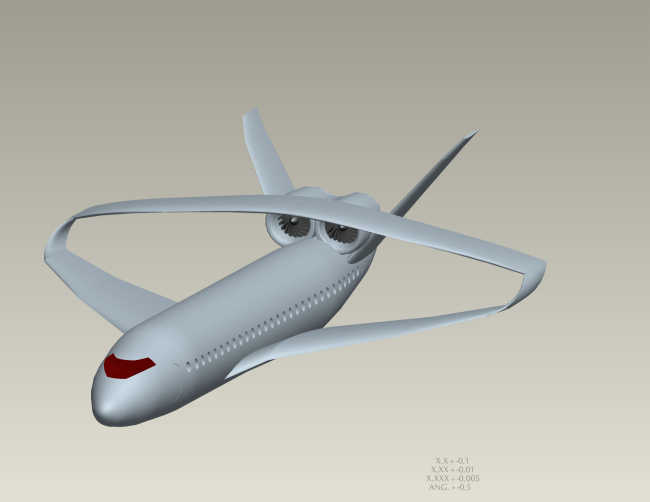 The ‘closed wing’ or ‘ring wing ’design and the most of the other structures will utilize exotic metals and carbon composite materials for lightness and strength and is designed to provide added lift with an aerofoil design for optimum lift characteristics and minimal forms of drag and provide a low stall speed . The stagger of the upper wing ensures that there is no interference with the lift provided by the lower wing. The absence of wing tips prevent formation of vortex drag which can trail behind the aircraft for several miles. The lower main wing will house the landing gear and the control surfaces and main fuel tanks. The upper wing will also be lightweight and strong and provide extra lift and provide storage for additional fuel tanks for increased range. The combination of the two form a strong yet flexible wing structure.

The closed wing configuration provides a compact span envelope dimension for the aircraft which makes it convenient for ease of ground maneuverability and a smaller swing radius. Such wing design lends favorably to today’s airports by taking up less real estate during taxiing and parking at passenger ramps allowing capacity for more aircraft at existing airports where land expansion is impossible.

The V Tailplane is an all flying tailplane concept that has less drag and provides longitudinal and lateral stability and control thereby eliminating the need for a heavy drag producing vertical stabilizer.
The two highly fuel efficient hi bypass turbofan engines are mounted at the rear of the aircraft fuselage to minimize cabin noise and are located close to the longitudinal axis of the aircraft so a potential engine failure will minimize assymetric yaw of the aircraft and improve directional stability and control.

This design of the STOL aircraft will allow passenger linkage to more smaller airports also and meet the need for a highly fuel efficient powerplant and provide a reduced noise envelope, environmentally friendly with low emissions, increased safety , and ultimately a low cost to operators and passengers in the ever demanding need for clean and efficient future air travel.