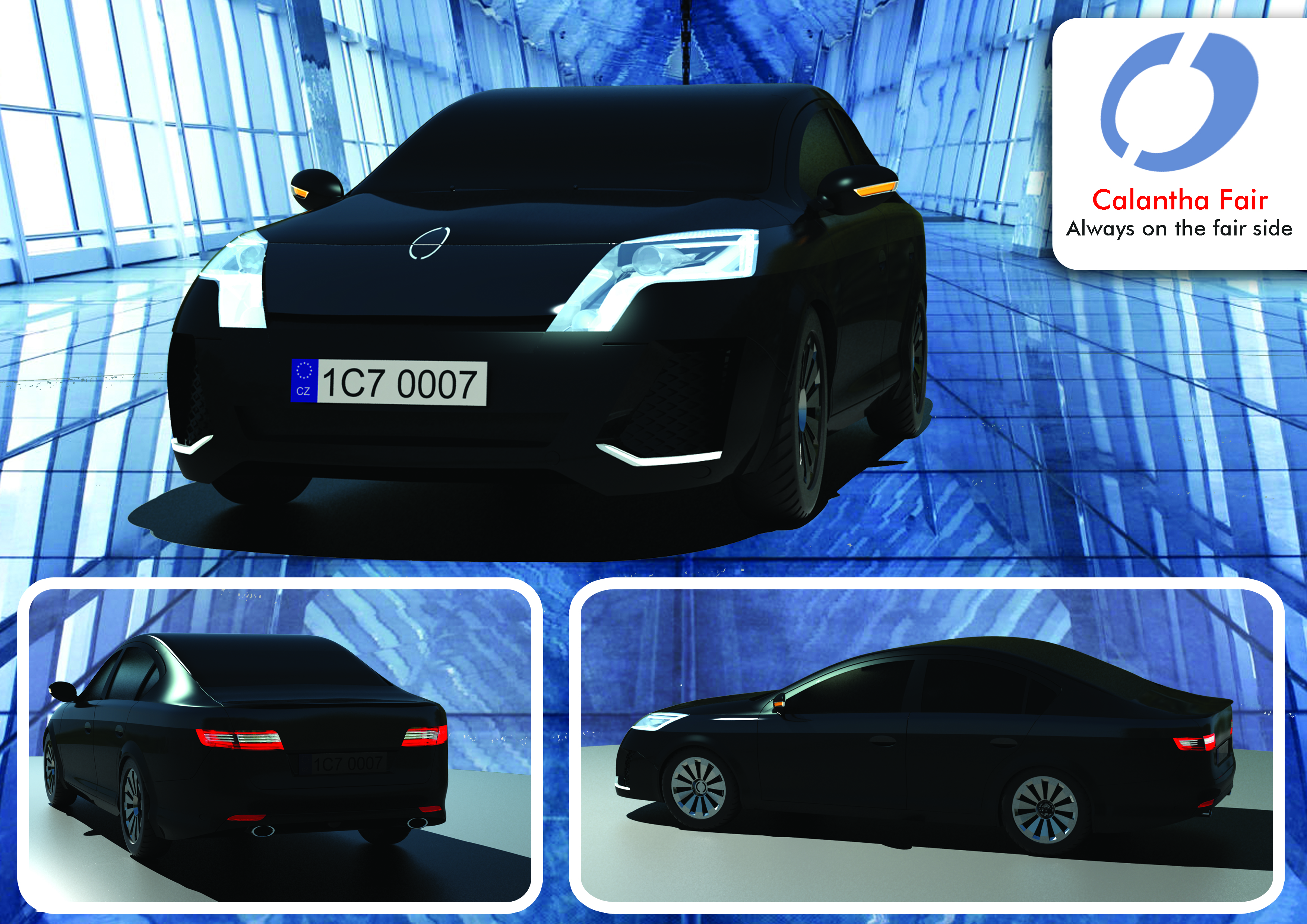 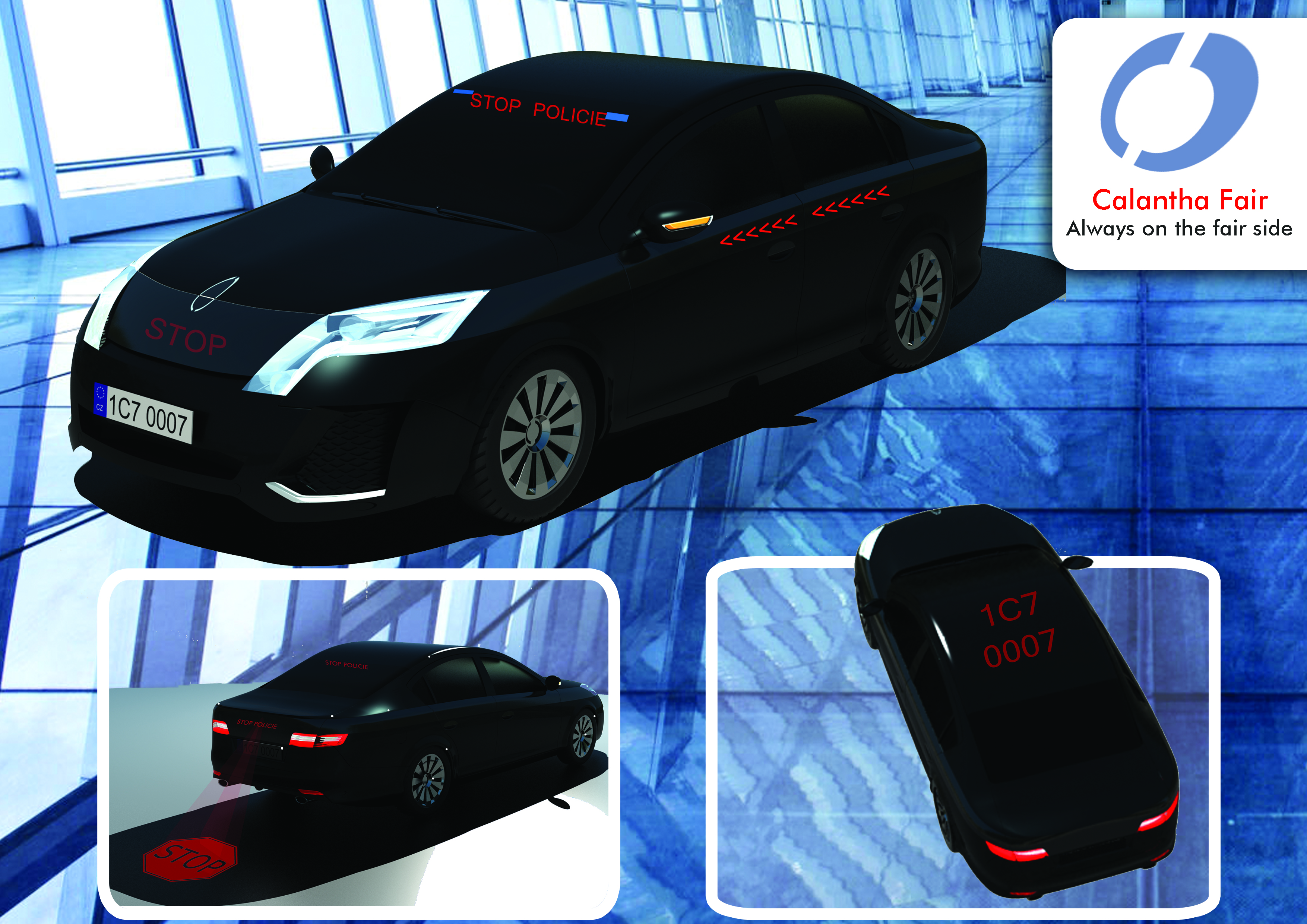 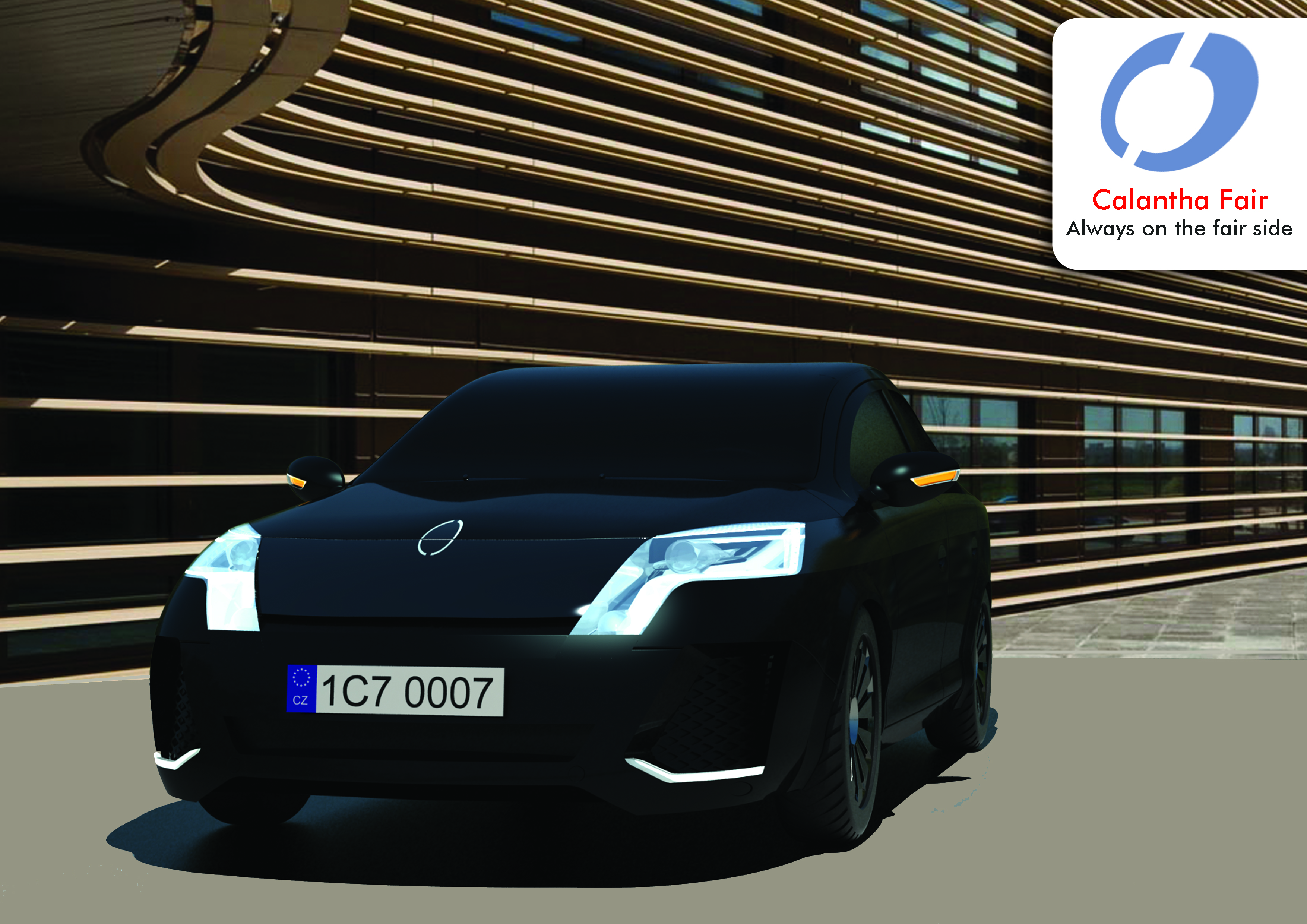 The aim of this project is to design a highway police service vehicle with regard to the equipment suitable for the duty performance of the highway police of the Czech Republic.

This special, fast vehicle for highway surveillance isn’t marked with the symbols of the Czech Republic Police; on the contrary, it is designed in civil colors. These vehicles participate in capturing dangerous drivers, who put other drivers and traffic in general in danger. They also help to transport donated organs to the hospitals etc.

This car is called Calantha Fair. It contains several useful functions which can make the highway police’s job easier.

Around the whole car, there is an informational stripe which depicts commands for the other drivers.

On the roof of the car, there is a LED sign for helicopters in the shape or the registration plate number of the particular police car.

The first camera is situated in the logo of the car on the front mask.

The back of the car is equipped with a laser device that can project commands to the drivers on the road (which can be used for example in fog).

Because this car shouldn’t be recognizable from other cars, it would be manufactured also as serial production without the security elements used by the police.