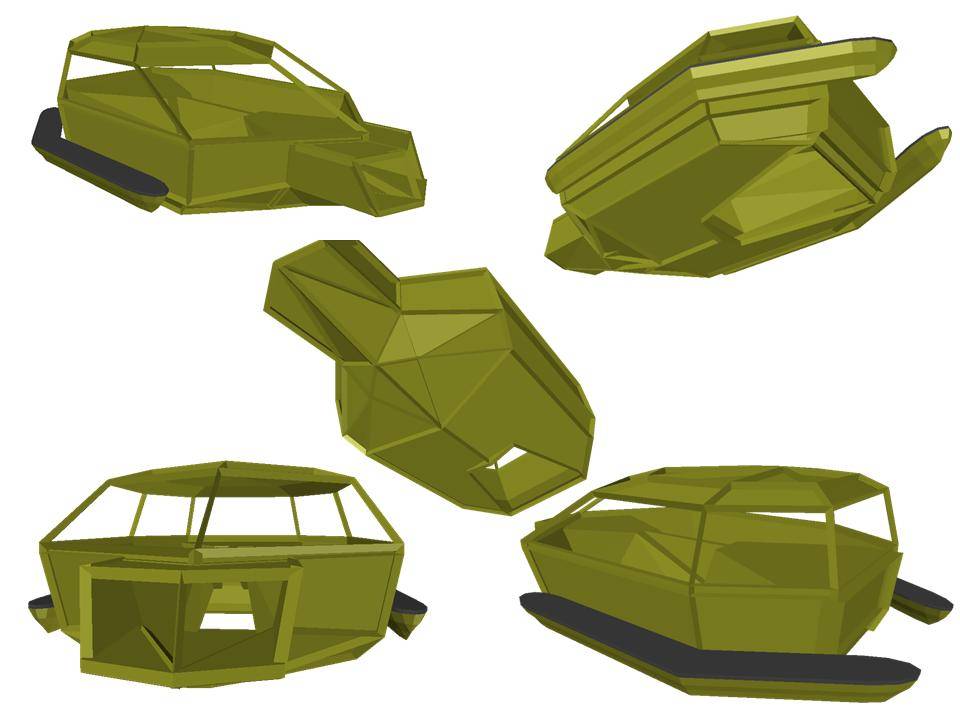 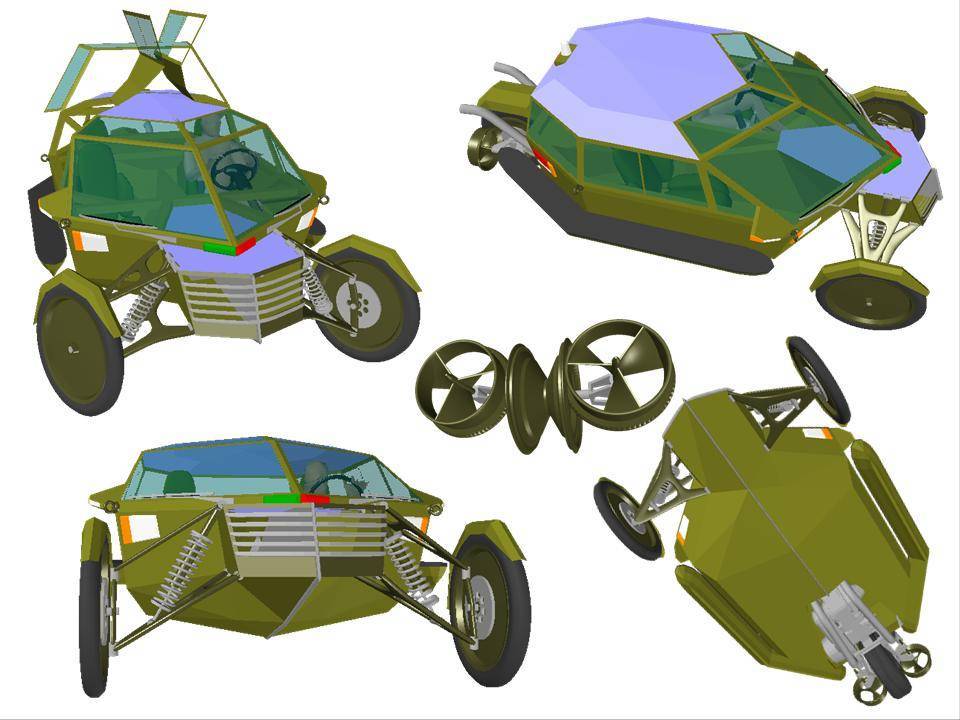 The Trekr 3X-1© is a design for a revolutionary and radical electric 3-wheel vehicle (F-117 Stealth Fighter inspired) intended to be totally amphibious and to be piloted on either land or water utilizing the same controls. The facet body segments are composed of aluminum panels which are formed in the shape of cake-pans. These panels are joined in the assembly at their upturned edges, which face the outside, to form an external exoskeleton frame. Once panels are joined, the voids left are filled with formfitting urethane panels for aesthetics as well as to provide additional buoyancy and aero/fluid-dynamic efficiencies. The panels that make up the roof and the hood are also covered with photovoltaic cells to provide additional charge for the batteries.

The front wheels are coned discs and with their narrow tires they act as front mounted rudders. The front cowling and center console function to provide front suspension mounting, a channel for airflow to cool the vehicle’s motor, and also provide a backbone to strengthen the vehicle’s structure throughout its length. All voids between the floorboard and hull and other voids are filled with urethane foam to provide flotation even in the event of a ruptured hull.

The pontoons around the vehicle provide a step for entry using the above-waterline gull-wing doors; they also allow a place for walking around the vessel while in the water. The design and placement of pontoons also serves to guide water flow to the path of the propellers at the rear. The pontoons are used to house the lithium ion batteries that power the vehicle’s motor.

The propellers used are one of my inventions that turn the idea of a propeller inside-out. In my design the hub of the propeller is on the outside and the blades point toward the center (by design they provide the full benefits of a ducted propeller, and also pose no threat of exposed blades). In the application of this propeller design for the 3X-1 vehicles, they are geared to mate with the geared rear wheel. They turn in opposite directions, much like a hand operated egg beater, but the propellers have reversed pitches so both provide forward thrust. The rear wheel is built as an airtight foam-filled drum to also provide additional buoyancy.

I see this vehicle as having potential for both civilian and military applications. It is a two-seat design but allows ample space for an adult to be inserted from the rear hatchback opening, in the prone position, in-between the seats, and on top of the center console – as in a rescue situation.