The Cylinthruston is the Solution 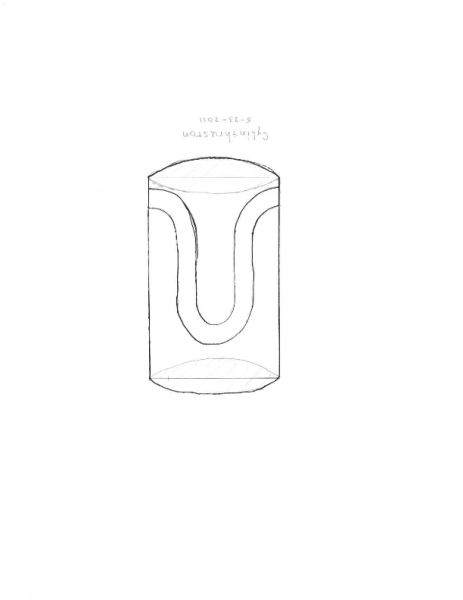 The Cylinthruston is the solution!

The January 31 – February 2, 2011 North American winter storm, called the 2011 Groundhog Day Blizzard, was a powerful and historic winter storm, situated around the US and Canadian holiday Groundhog Day. American Midwest, New England, as well as, many other areas saw numerous power outages, flight cancellations, airport closures, road closures, and rail and bus cancellations, resulting in millions of people being affected. The total damages from the storms exceed $1 billion USD.

Solution: the design and engineering of a Cylinthruston device, an asymmetrical capacitor cylinder, measuring 300 mm diameter wide by 900 mm long. The curved cavity is 50mm diameter and is expected to be filled with a high-K dielectric such as barium titanate. The device uses a technology known as electrogravitics, a phenomenon that was discovered and referred to by an American physicist, Thomas Townsend Brown, in 1921. At the time, Brown had no theory to explain electrogravity. He attempted to work out a theory of sorts, attempting to apply the principles of classical physics. However, a workable theory that actually predicted and described Brown’s experimental observations and results did emerge in the spring of 1973 with the development of subquantum kinetics by Dr. Paul A. LaViolette. Dr. Paul A. LaViolette’s excellent and unique book, “Subquantum Kinetics – A Systems Approach to Physics and Cosmology” is highly recommended. Dr. Paul A. LaViolette’s book ‘Subquantum Kinetics – A Systems Approach to Physics and Cosmology’, Chapter 4: “The Emergence of Particles and Fields, section 4.4: The production of Electrostatic Charge”, on pg 71 states:
“In fact, subquantum kinetics predicts that charge and gravitational mass should be strongly coupled. Positively charged particles would produce a positive active mass (a G production rate deficit) which would generate a gravity potential well and negatively charged particles would produce a negative active mass (G production rate surplus) which would generate a gravity potential hill.”

Two or more cylinthruston devices will be installed on a commercial aircraft’s exterior or interior, thereby allowing the craft to vertically ascend to an altitude specifically deem safe for the airport’s controllers to clear the aircraft for forward flight, allowing the pilot to engage the forward thrusters. The aircraft then would be able to continue on to its original destination undisturbed by mother nature’s extreme atmospheric conditions. Upon arrival to their destination airport, if the airport is under extreme atmospheric conditions, the aircraft will be allowed to stop over the terminal/aircraft’s passenger area to descend to the ground, thereby being able to safely unload its passengers to the terminal. The passengers have been allowed to complete their travel itinerary and the commercial aircraft companies will all be happy on a safe and successful travel. However, experimental data on the device must be obtained to substantiate these projections and is currently not available.