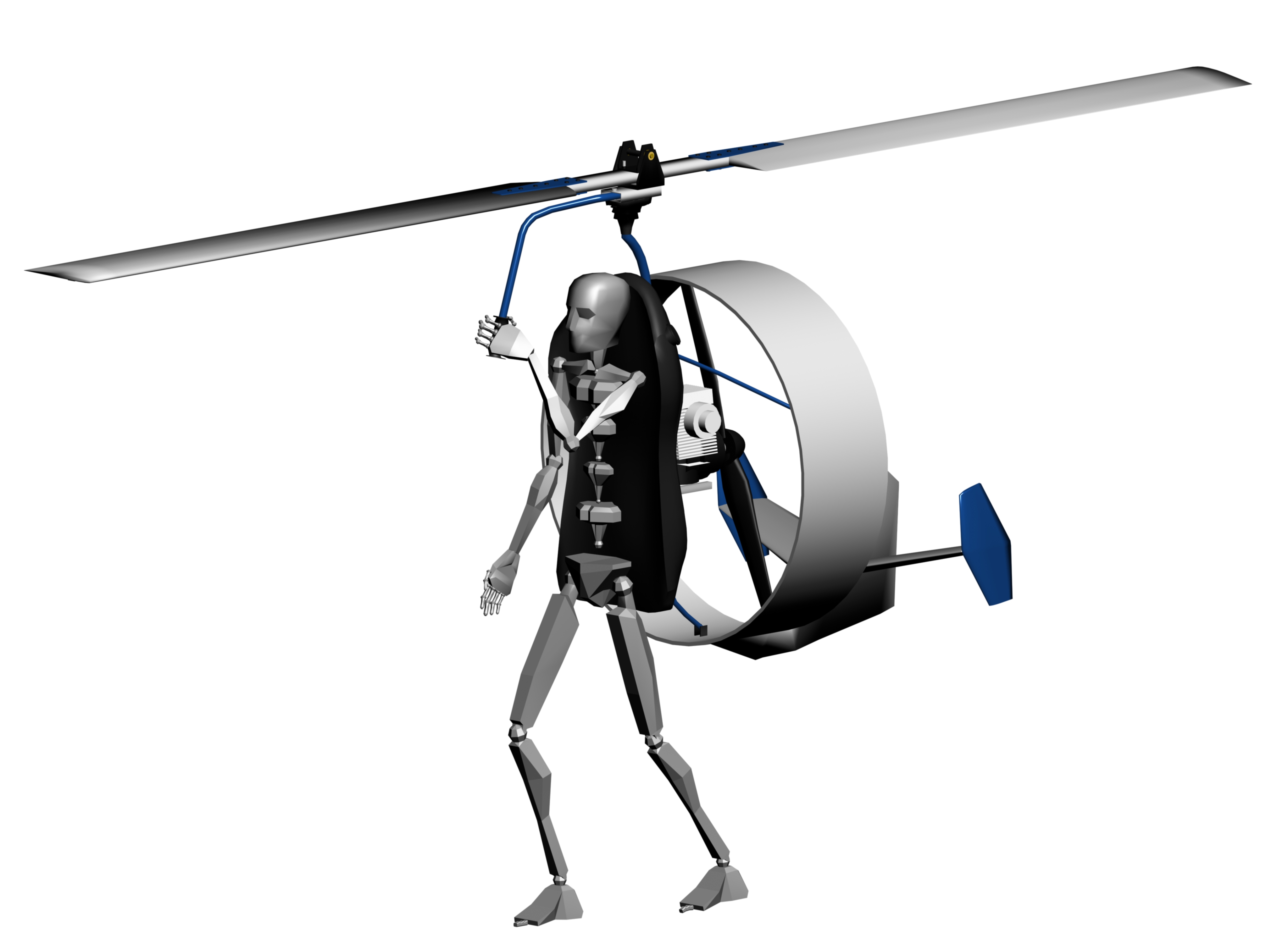 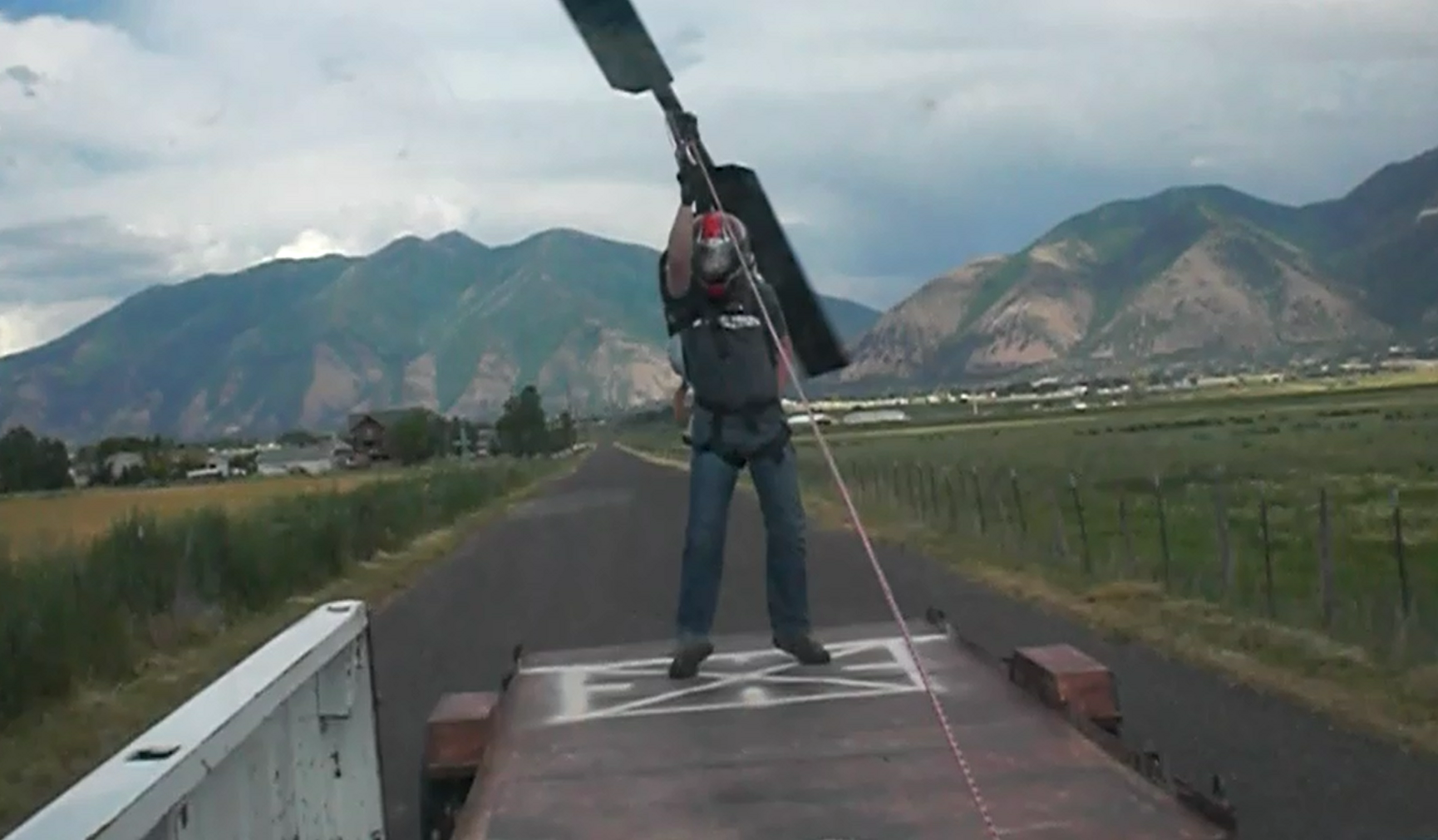 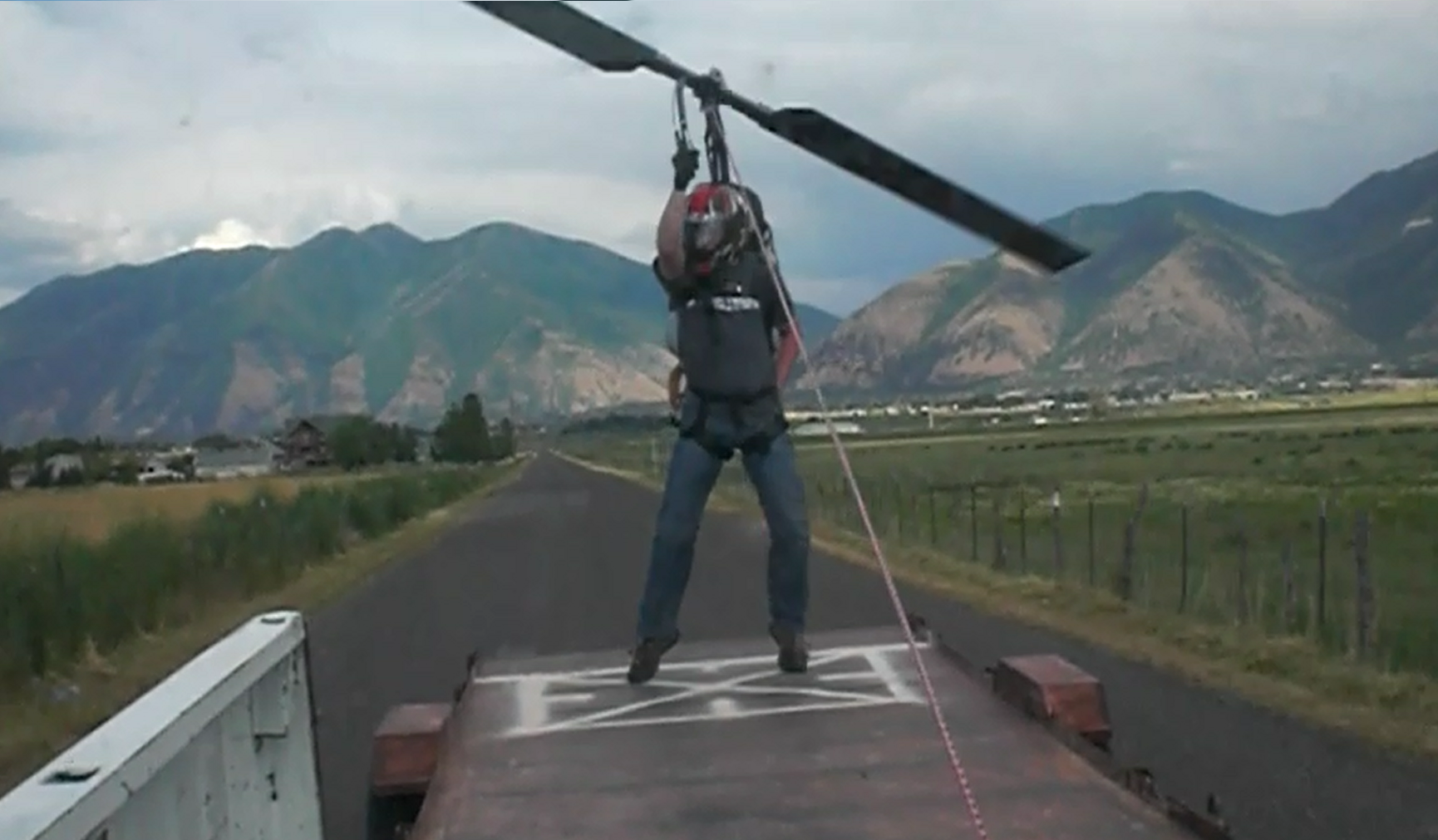 Overview: The Explorer is a backpack gyrocopter and the gateway to safe reliable personal and utility flight. Most commuters going anywhere typically drive alone. This is taking a toll on our environment, road systems, and current economics. If those that were able to would fly to their destinations it would not only reduce emissions, but save them time and money that could be used elsewhere. Just how much?

The Explorer could also prove beneficial to search and rescue, boarder patrol, law enforcement, aerial surveillance, etc. The fuel burn alone for a Bell206 is 27 gallons per hour this means we could have 27 backpack gyrocopters that could be used to search for missing person or 1 helicopter with limited visibility. With a fuel consumption rate under a gallon per hour The Explorer can fly for 5 hours at speeds of 10-92 mph.

Market Potential: The Explorer is new in the sense that it has not been built with modern composite materials and not nearly as simple. The rotor system on The Explorer is simple and has an engineered double redundancy. So in the event of bolt failure The Explorer utilizes interlocking pins that hold the rotor to the control system. This enables the rotor to stay intact and continue to perform safely. The concept has been done before but was unsuccessful. To date there are no backpack gyrocopters on the market. The Explorer can be applied anywhere or to anyone that is interested in saving time and money. No pilots license or special training required, The Explorer could be flown by anyone due to it being a legal ultralight under the FAA's, FAR-103.

How It Works: A gyrocopter has a non-powered rotor that utilizes forward or gravitational forces to create lift. The rotor maintains RPM via autorotation much like a windmill, the faster you go forward or down the faster the rotor spins and generates lift. This is the feature that makes the gyrocopter so safe, the rotor isn't powered and an engine isn't needed except to sustain flight.

Manufacturability: The simplicity of The Explorer makes it easily manufactured by just about anyone with basic tools. To build The Explorer from scratch takes 18 hours of composite layups and minor assembly. Thirty two bolts are used to bring major components together making assembly and break down for maintenance easy.

Cost of production: The current cost estimate for The Explorer is 10,200. This is inclusive of all expenses including materials, construction, building lease, utilities, etc. Since The Explorer is very compact all parts could be manufactured out of a 25’x35’ light industrial unit. The Explorer was engineered and designed to utilize almost all material used during construction reducing waste and saving storage space.