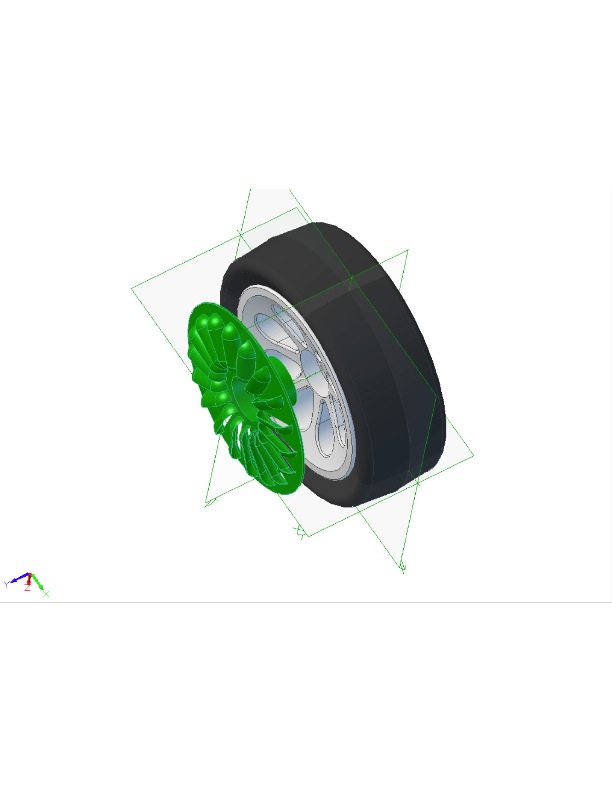 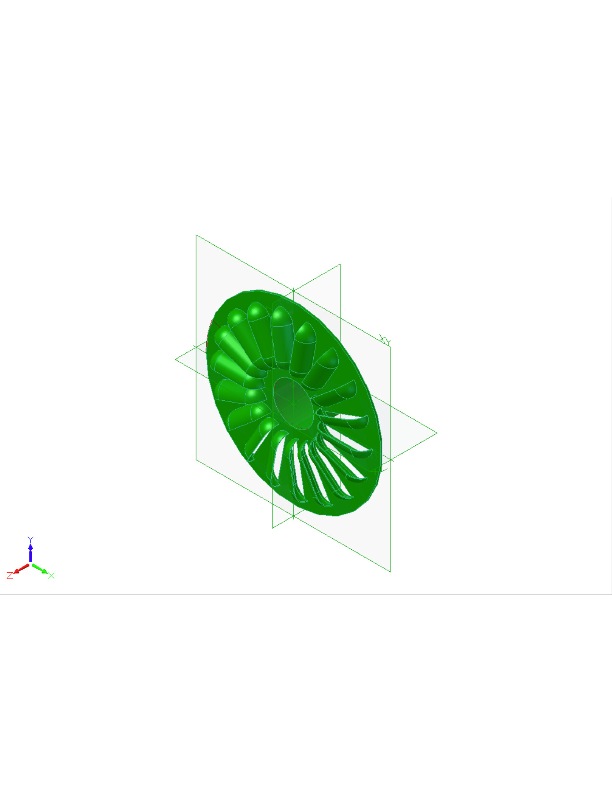 In the classical movie/TV shot of an aircraft touching down, tires meet the payment with a load squeal and a puff of smoke as they spin-up. Annual commercial flights in the United States are approaching 10M (Research and Innovative Technology Administration (RITA) • U.S. Department of Transportation (US DOT) yielding more than 27,000 commercial landings per day in the United States alone. The proposed design reduces spin-up wear and the associated replacement frequency, resulting in a twofold cost savings. Reducing spin-up wear would allow a greater number of takeoff/landing cycles per tire, reducing material cost for the aircraft owner. Indirectly a reduced maintenance frequency can also allow greater coordination of scheduled “out of service” time for the aircraft operators.

Likely due to the lack of simple low-cost options, currently there are no systems available that address the spin-up problem.

The proposed design works by taking advantage of the airstream flowing around an exposed aircraft landing gear during flight. The proposed spin-up device captures the airstream generating force at the appropriate location on the landing gear wheel. This force creates a torque setting the wheel spinning in the desired direction. This torque continues to accelerate the wheel’s rotation until the speed of the airstream matches the rotational speed of the device or a rotational friction balance (torque resistance) is achieved. In a maximum theoretical condition the wheels rotation would match the landing speed of the aircraft and no additional spin-up would be required. In the practical/real world some fraction of the landing speed would be achieved and a simple reduction in tire wear would be realized.

Since there are various kinds of landing gear and they operate in multiple ways (fixed, folding, and enclosed) many configurations of the spin-up device are required. Simple designs for light aircraft with fixed landing gear could be manufactured using methods similar to currently produced car hub caps. These configurations could use metal stamping and sheet metal forming technologies. The larger the aircraft and the more complex the requirement the more advanced the manufacturing technology required to produce robust configurations that could be affixed to the aircraft wheels in a stable manner. These more robust devices would require large metal forming processes and possible machining and welding technologies to produce lightweight, reliable, and safe products.

No matter what configuration is produced the manufacturing cost must be minimal. Final product cost must be below the expected savings accrued from reductions in tire wear and aircraft maintenance. A cost benefit analysis performed on each configuration and application would determine if the device was beneficial for each aircraft and aircraft service schedule.

Analysis would include:
• Cost of device
• Replacement frequency difference achieved by using the device
• The trade offs of the additional service weight of the device and the reduced maintenance schedule.

Amortization of cost would be over the expected service life of the aircraft.