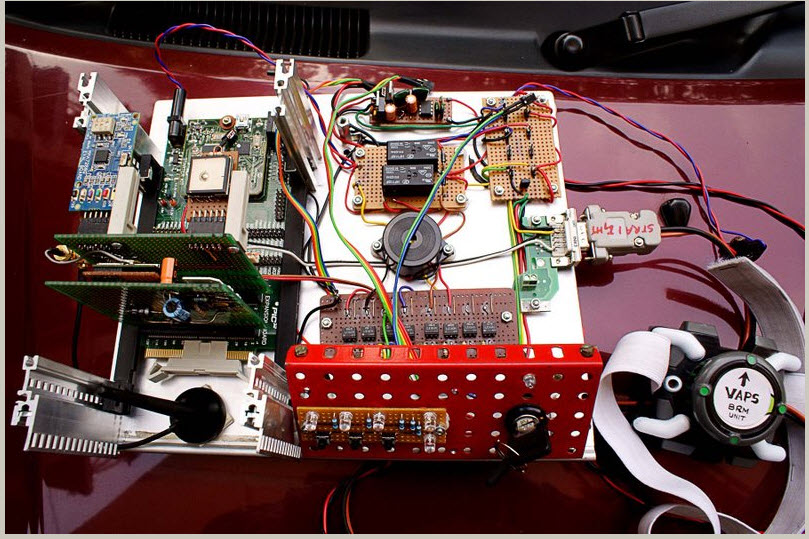 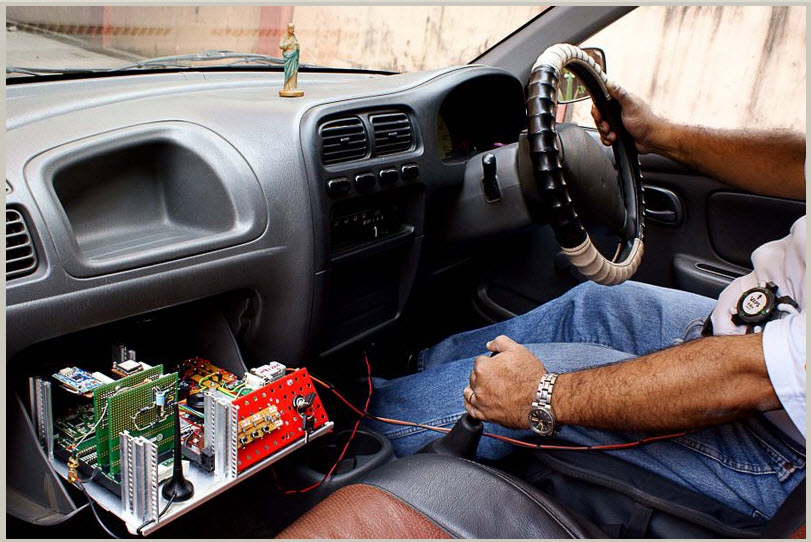 Imagine you are driving on a freeway and encounter a car in front that’s rapidly changing lanes with bursts of acceleration….cars in side lanes and those behind are taken by surprise and finally there’s a crash on I-402

We created a “machine” entity, Vehicle Accident Prevention System (VAPS), an embedded cognitive system that gives a car an entity. The primary function is assessing driving attitute by keeping a watch on driver stability, mental and physical and observing driving patterns to arrive at a decision.

The system monitors the following parameters :
· Vehicle Acceleration/X-Y axis maneuvers to judge the driving pattern used in the decision making process. The pattern is monitored over a preset interval to flag it, if its a FAULT.
· Driver Respiratory Rate : A breath rate sensor monitors physical state of the driver. A very low breath rate rate over a sustained period of driving as monitored by the drive period Timer could indicate the driver dozzing of and sliding in to a sleep mode due to fatigue from long hours of driving. A higher breath rate would indicate a state of mental high on drugs like amphetamine, alcohol etc. or else the driver is sick.
· Seat Belt Status : This is a feature where the seatbelt status will generate a GO, NO GO signal
· Position of the vehicle (GPS) : GPS position of the vehicle, speed and heading are recorded during a fault conditon
· Driver Reflex Time : This one is the most important feature of the VAPS. If the system detects an abnormal physical condition ( as indicated by an abnormally low breathrate) it issues a test alert signal ( a 1 KHz BEEP ) with an expected response from the driver by the hitting of a switch and the response time is computed over three to four test samples to determine the mental agility of the driver. If the decision is negative, local audio/visual alerts are issued to the driver and wake up vibrations are administered to the driver thereby alerting other vehicles on the freeway. However, If the breath rate is abnormally high it registers a fault that is monitored for further corrective action.

· VAPS will issue internal audio warnings and visual alerts and during a sleep mode detection it will trigger vibrations alerts by activiting a vibration at the lumber region through mechanical actuaters embedded in the driving seat.
· If the driver does not correct the driving fault within a preset time, it will issue external alerts by the flashing of tail and side lights to alert other cars on the freeway.
· In a situation where the above two events have taken place and there has been no corrective action taken by the driver the system takes the ultimate corrective action to dialout the 911-SMS service and reporting the registration number of the vehicle, the type of fault and the GPS coordinates, speed and heading of the same.