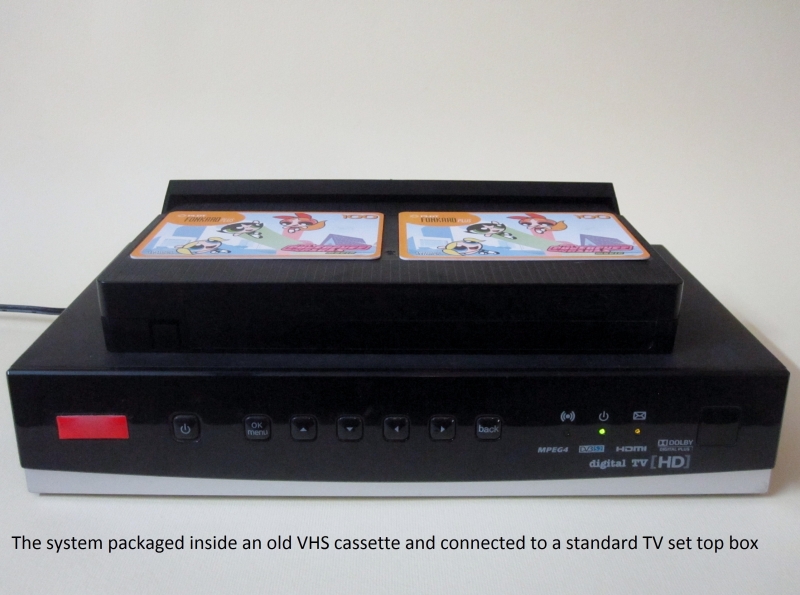 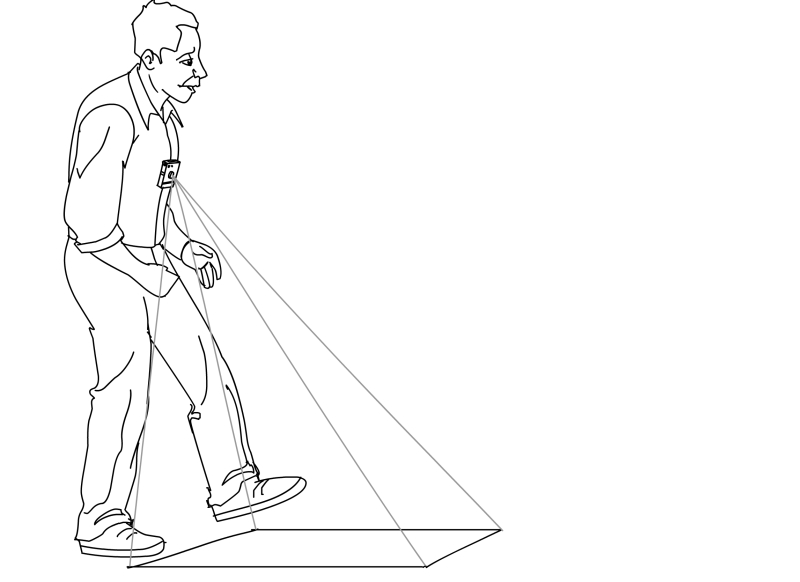 An inexpensive standalone intelligent device that can take on many avatars.

The device consists of a depth and motion sensing set of cameras and a powerful processor. Combined with proprietary software the system can be used as an interface between users and equipment and machinery.

The system can recognise forms, identify and process very minute gestures, movements, facial expressions, text recognition and other varied user inputs and thus control all kinds of equipment, household and industrial. The system’s AI recognizes users and learns their gestures and expressions and builds up a library of commands.

Though much smaller, the prototype shown in the image is packaged inside an old VHS cassette. The flap opens to accommodate connections and shuts close when disconnected. We have strong plans to up-cycle already manufactured but unused cassette shells and also use existing machinery to produce more if required. This would cut tooling costs and as a design element, it gives a retro feel to the device when used with TVs.

Some of the possible functions of the system are:
1.As a universal virtual remote control and house automation:Does away with physical remote controls. User can use gestures, expressions and signs to communicate with all equipment in and around the house from a single point.
Ex:The system shows a “picture in picture” window of the whole virtual house on the users’ TV from where the user can control all equipment.Form detection helps recognise users and can offer their personal preferences such as picture,sound and temperature preferences. Can distort or block TV images if children go too close to the screen and automatic parental control of adult content.

2.Can be used as an aid by differently abled users:Lip reading, sign reading and gesture recognition system can help translate communication of these users.

3.Interactive projection system:Connected to a projector, the device creates an interactive system for numerous uses such as games,advertising,office and boardroom presentations. Fig 2 shows a wearable system using a pico-projector helping a Parkinson’s patient walk and turn by providing continuous interactive visual cues.

4.As a depth sensing and obstacle detection system:Can be used to control robots and
other unmanned equipment. Can provide real-time video streaming. Fig 3 shows its use in a railway safety pilot device to stream live video and detect possible obstacles on tracks up to a mile in front of the locomotive.

5.As a form detection and recognition system: The system can be made to capture images or video of only a particular type of form. Ex:Wildlife census where resources are wasted when the currently available systems are triggered by any kind of form when only a certain species’ details are required. Can also be used to sort products on an assembly line.

6.As a 3D scanner:Can be used to create digital counterparts for manipulation or replication using 3D printers.