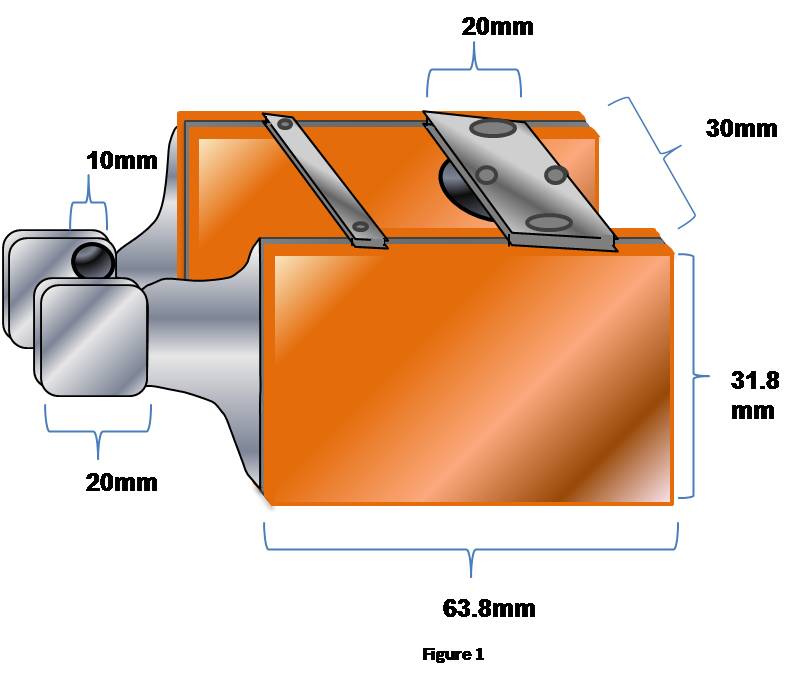 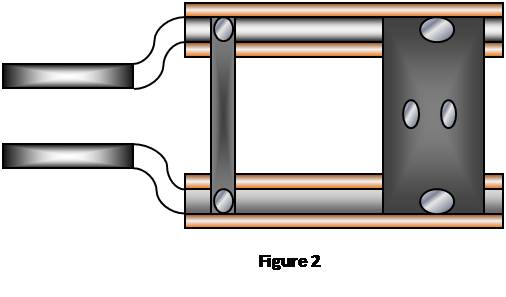 The navigatorscope can be defined as a smart navigating wire with optical capabilities to inspect difficult-to-access-to areas in medium and large size pipes. The navigatorscope design resembles a flexible borescope. The body of the navigatorscope is made of rubber having a density of 1100 Kg/m3 and a young modulus of elasticity of around 10MPa, this was 40% higher than a rubber compound found. The navigatorscope would be made of 14 segmented links, where each link could be flexed individually. A proposed design with dimensions of each link is shown in figure 1 and 2.

The PZT elements used were of the type EC-65 having a modulus of elasticity of about 60 GPa, a density of 5600 Kg/m3, calculated backwards from a real sample in the market. A gear system was incorporated to increase the radius of curvature of the entire system in order to obtain proper turning in the application system’s geometry. It is understood by the authors that cylindrical shapes will perform a much efficient job, but time constraint for this project did not allow for such lengthy calculations. Each link is connected to each other by two pieces of stiff rubber through the gear system. Each link, also, is made of two-sandwich like pieces. Each sandwich has a piece of thin rubber and two PZT elements (see figure 3).

Two stiff holders connect each of the sandwich-like parts with allowance for small motion at the connecting points in order to yield when bending takes place. Cutting the navigatorscope into individual flexible sections gives the user the ability to make multiple independent turns while in use. Each link is shaped in a way where one end is smaller than the other, allowing the links to fit snugly into one another. A wire is attached to each piezo and would run along the navigatorscope, to the control device. The tip of the navigatorscope could consist of multiple devices such as a light, a tiny video camera, and air and/or water nozzles. No specific tip was designed because it was not a core design criteria of the project and an applicable tip would be dependent on the intentions of the user.

The working concept of our navigatorscope is based on the connection of several rectangular links, which are consisted of four piezo elements placed on both sides of two thin rubber plates. Each sandwich piece behaves in the similar manner for turning purposes as shown in figure. The angle of deflection for each piece turned out to be 2.54 degrees, which yielded a radius of curvature of about 1.5 meters. To decrease our turning radius a set of three gears was incorporated into each link, having diameters of 25, 10 and 10 mm, respectively. This allowed an increase in angle of deflection for each link by 250% and increase of radius of curvature to a little over 0.5m, which means about 14 links with the above specified dimensions.