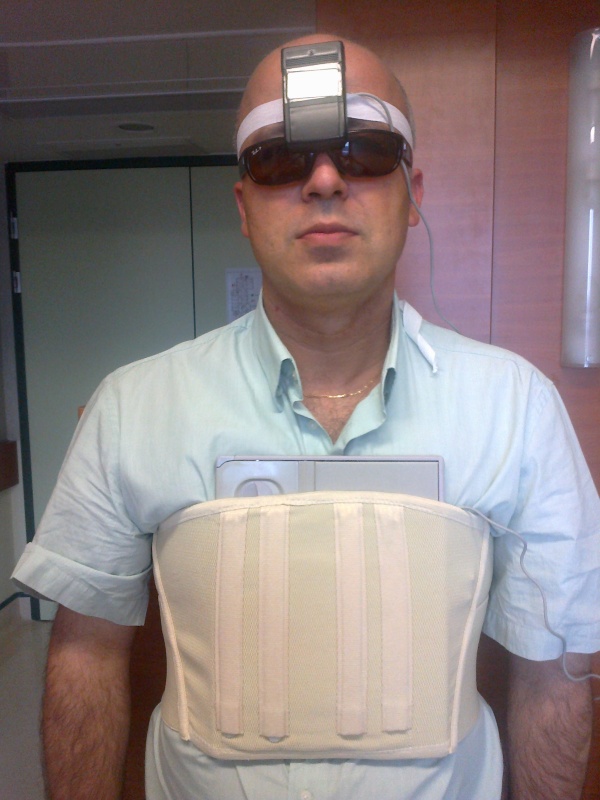 Embossing is an intelligent way to make life easy for blind people. Buttons, types, even banknotes carry embossing for the blind.

A three dimension camera should be attached to a patient's forehead ( this place can changed according to patient demand, for example to his hand) and a microprocessor sends signals to a plate which is attached to the patient's chest. The plate includes an electromagnet matrix like a pixel carrying ordinary monitors. 3D camera scans to the environment. The microprocessor makes micro electromagnets on the plate according to objects which are in the environment.

A thin silicon pouch which is placed on each magnet and filled with liquid iron (a mixture with silicon oil and iron powder) is solidified according to information from the microprocessor. The plate carries a lot of micro electromagnets like a soft honeycomb with micro silicon pouches attached on them. A 3D embossing which resembles real time environment can be created on the plate. Patient can senses this plate on his chest (this place can be changed according to patient demand also, for example on his back or abdomen) so he can sense the approaching car, a pit on sidewalk, a step on floor. His plate displays the environment to himself with real time embossings.

This system can be applied to people who have to work in the dark.