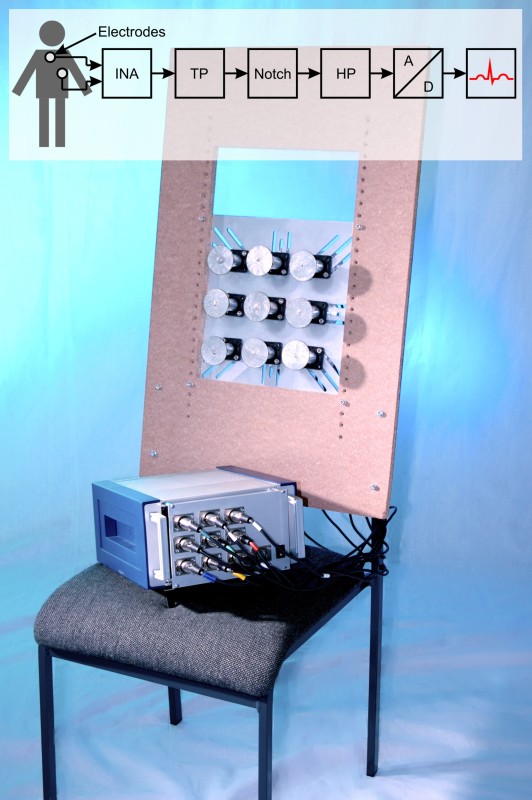 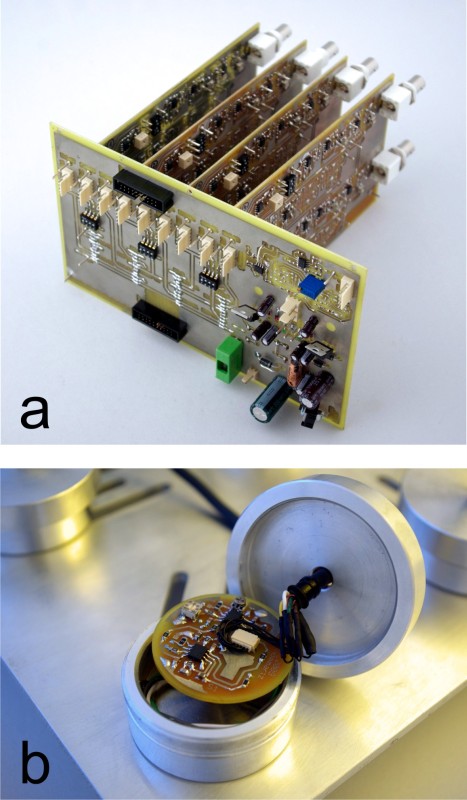 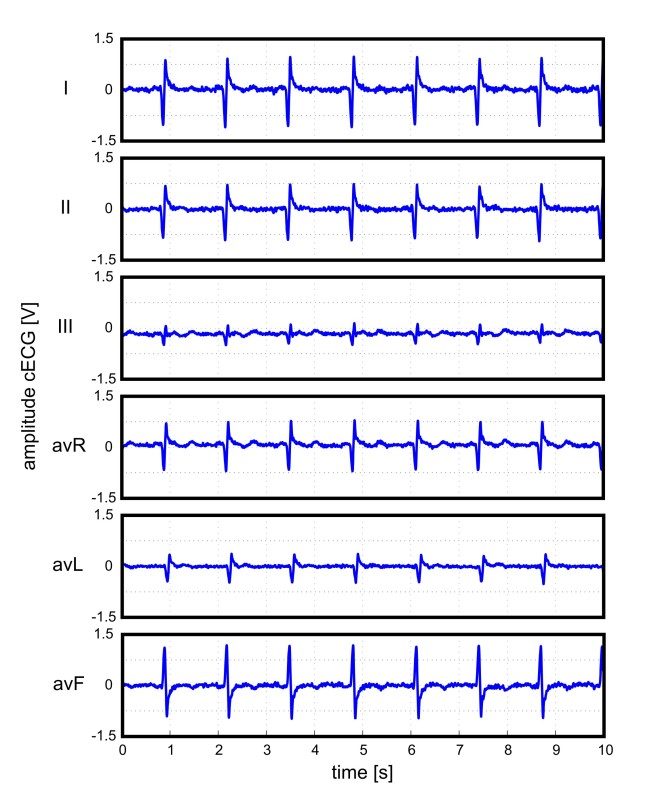 With 17.3 million deaths in 2008, cardiovascular diseases (CVD) are the leading causes of death and disability in the world, increasing tendency (source: WHO). This leads to the necessity of simple and cheap monitoring systems to spot cardiac pathologies and diseases already at an early stage.

Since several decades, electrocardiograms (ECG) are the first choice and the Gold standard for heart monitoring. An ECG shows the potential differences on the body surface caused by the cardiac activity. It can be used to draw conclusions about the heart rate, the heart condition and about pathological changes. Commonly adhesive electrodes are used, which have several disadvantages: They must be placed directly on the patient’s skin, which can lead to skin irritations, especially in long term observations and neonatology. Besides, the attachment requires a trained person, time and occasionally preparation of the skin.

To compensate for these disadvantages, we developed an ECG system (Fig. 1), which allows measuring the ECG without direct skin contact even through several layers of clothing, opening up new fields of application. Core innovation is the use of active capacitive electrodes, which decouple the input signal from the subsequent signal conditioning steps.

Our ECG system contains 9 electrodes, a housing encases power supply, a common mode rejection circuit and filter banks including low pass, high pass, notch filter and a gain stage (Fig. 2a). After filtering, the signals are transmitted to a computer for signal analysis.
The electrodes (Fig. 2b) are positioned in a 3x3 matrix, mounted on a carrier plate, which allows a proper adaption to the patient’s individual form of the back and height. Up to 8 electrocardiograms can be measured synchronously. This provides a reliable and detailed view on the patients’ cardiac activity. Not only the leads according to Einthoven and Goldberger (Fig. 3), but also leads in between them can be measured. Even “Body Surface Potential Mapping”, a space-resolved representation of the body potentials, may allow the exact localization of heart diseases.

The system only contains standard analog PCBs and easily fabricable mechanical elements. Since no specialized technology is necessary manufacturing would be easy to implement. The production costs are similar to those of an original ECG system, but no need of medical disposables such as adhesive electrodes lead to long term cost savings.

Possible applications of the system are numerous: An integration of the electrodes can be realized in everyday and clinical objects. Integration into incubators would be less harmful for neonates, into beds in the intensive care unit would reduce cabling and into chairs in waiting rooms would allow for a broad screening of patients, achieving an excellent cost-efficiency-ratio. Also the automotive industry states its interest in the technology for assistance systems of the future. Capacitive ECG systems combined with modern car electronic systems may trigger emergency reactions in case of a heart attack and improve traffic safety.

Summarizing recording electrocardiograms with our system shows great benefits in a wide area of applications with even reduced long term costs.