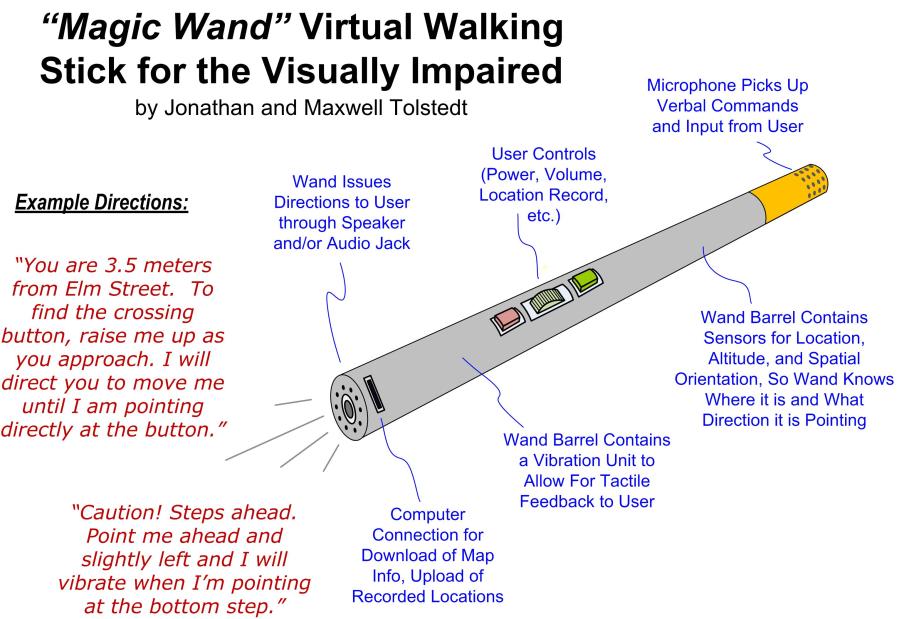 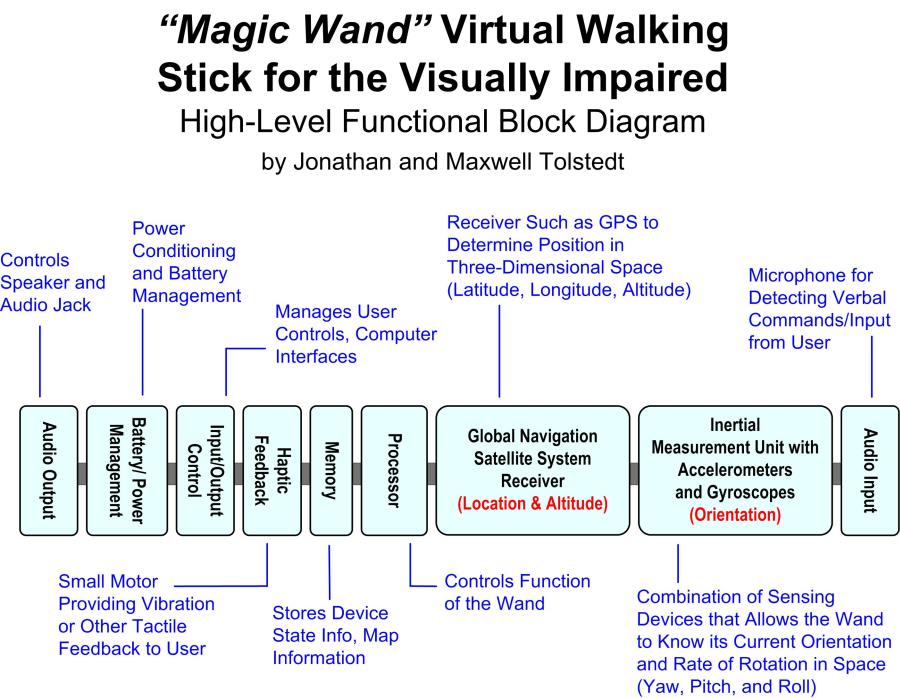 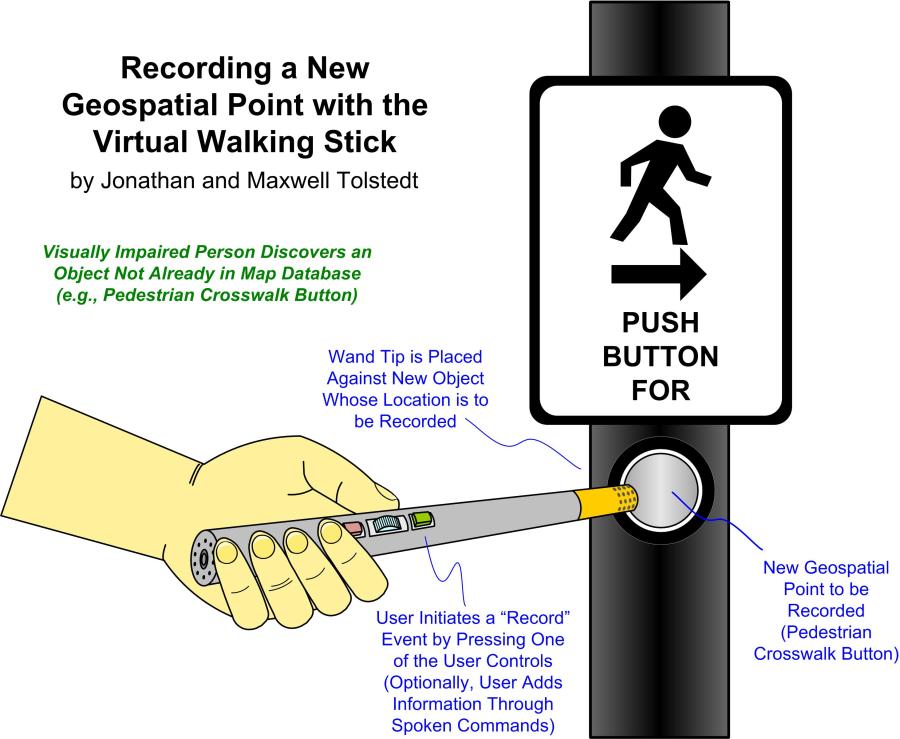 There are many efforts to use technology to provide navigational aid to the visually impaired. The technologies available today, including the global positioning system (GPS) and powerful mobile devices, have enabled a range of solutions. Unfortunately, many of these solutions fall short of ideal. Some are based on a mobile platform for which the human interface was designed entirely for sighted people. Other solutions require expensive or complex sensing systems, such as sonar or laser, which require setup, calibration, and adjustment not easily done by the blind. These sensors mount on a cane or directly on the blind person, removing spontaneity from a walk around the block, forcing the user to put the system on, boot it up, and make sure it is working before leaving the house.

The “Magic Wand” Virtual Walking Stick is fully self-contained and has a user interface designed specifically for the visually impaired, thus eliminating the problems with these existing solutions.

The patent pending Magic Wand contains an integrated global satellite receiver and inertial measurement unit (such as the NaviCube by Appareo Systems, www.appareo.com) which allows the device to not only know its exact location and altitude at any given moment, but also its current orientation (level, tilted, upside down, wobbling, etc.) This means that, if the Magic Wand is pre-loaded with map information describing not only street and landmark information, but information regarding the location and outer boundaries of obstacles, the device can be used to direct the blind to doorways, crosswalk buttons, staircases, and dangerous obstacles such as high curbs or heaves in the sidewalk. The device acts like a typical GPS device on level ground, directing the user using verbal commands and tactile feedback toward a destination. However, when the user approaches an object requiring help in three dimensions (such as locating a crosswalk button), the Wand will direct them to walk with the device held out, and will guide the user directly to the item. The user will not only be taken to the proper GPS location, but will be able to use the Wand to find a small object (button) several feet off the ground, or to discover the outline of a nearby staircase or dangerous obstacle.

No complex sensing systems are required; the completely self-contained Magic Wand calculates the location of these objects based on a preloaded map database and by knowing its own location and orientation in three-dimensional space.

Since the successful operation of the Magic Wand depends on the existence of a constantly updated large database of mapped obstacles, the most innovative feature of the device is that is can be used to record the location of new objects as they are identified. At the end of a trip, the user plugs their device into an internet connection, which uploads their recorded points, integrates these points with a global map database, and in turn downloads a new updated map to the device, now containing all new points recorded by any and all users using the system worldwide.