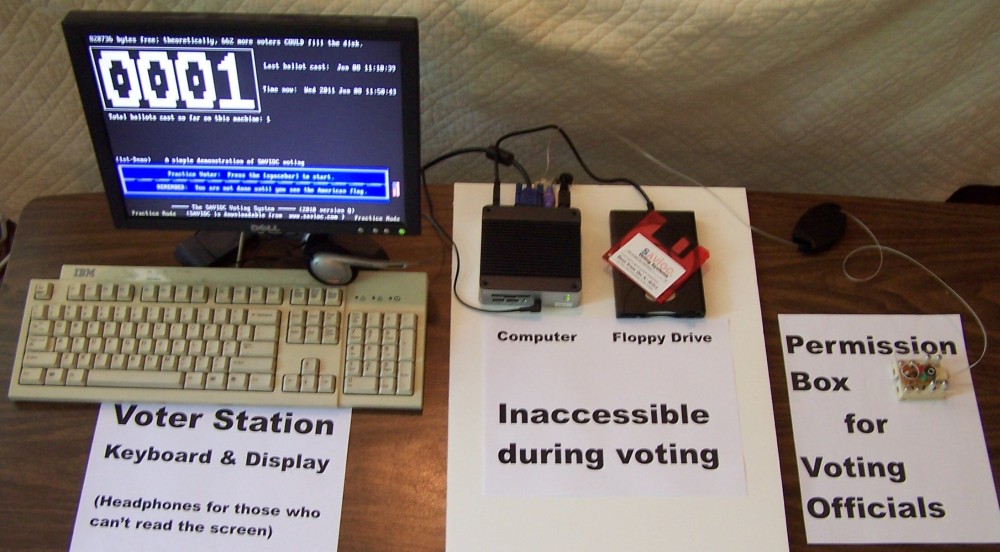 The 2000 presidential election debacle revealed serious flaws in U.S. voting systems. Ambiguity in a “butterfly” ballot design caused many voters to select Pat Buchanan by mistake. Ambiguity in partially-punched chads led to tedious, inconclusive recounts. The “remedies” instituted since then are often no better, and sometimes even worse. Paper ballots can be as poorly-configured as the infamous “butterfly”, and inappropriate marks can be as ambiguous as semi-punched chads. Electronic voting systems produce counts that are unambiguous, but sometimes unambiguously wrong! (In one extreme example, dozens of voters went to the polls, but zero votes were recorded.) Even more frightening are numerous reports of vote tampering in machines with “proprietary” inner workings.

All of the above problems (and many more) can disappear if the election hardware is a standard PC and the software is downloadable from the web as compiled programs and source code. If election procedures include pre-vote availability of ballot format files on a web site and post-vote availability of result files, everything is public except how any individual voted. Transparency is the key to security. Anyone with the interest and ability can check the initial ballot for errors, probe for software flaws, and examine results for evidence of tampering.

This voting system exists; it’s called SAVIOC. It is completely functional, and has been used by thousands – mostly fifth- and sixth-graders, during career day programs. See www.savioc.com for programs, manual, etc.

All software and data, including the operating system, will fit on a diskette. SAVIOC does not use the hard drive; it doesn’t matter if the computer even has one. The computer must be IBM-compatible and able to boot from a diskette drive (possibly an external one). In addition it must have a serial port for connection of a “Permission Button” that voting officials use to unlock the system for each voter. This is the only unique hardware required. It could be as simple as a momentary contact switch or could include status-indicating lights and buzzer.

SAVIOC has been used by two blind people. Distinctive sounds enable visually impaired people to tell what is on the screen by reference to a copy of the ballot in Braille, large print, or even voice recording.

The voter sees only the keyboard and display. Normal voting can be completed using only the [down arrow], [spacebar] and [Y] keys, and the [Y] is needed only to start and end voting. For write-in votes, of course, all letter keys are available. Sophisticated users can speed ballot navigation with keys such as [Page Up] and [Page Down].

SAVIOC is arguably more transparent, more trustworthy, more secure and less expensive than any voting system in use today, and nothing is more accurate.