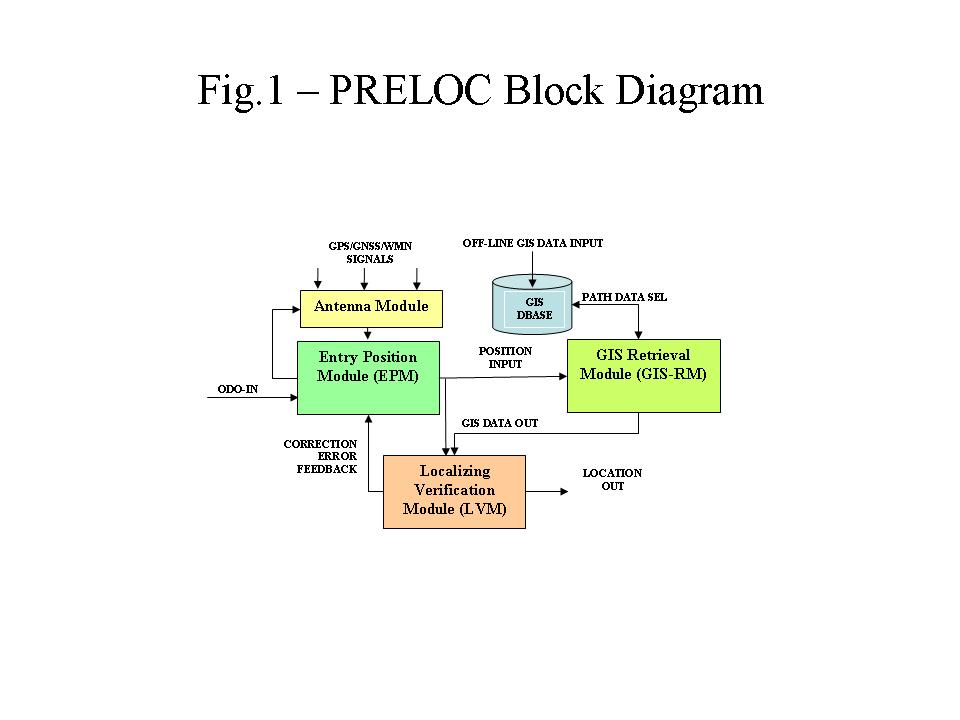 Even though the current satellite applications such as GPS/GNSS (Civic) and PGPS (Defense) are supported by ground assistance and additional dead-reckoning equipment as INS, Doppler, Laser Guide and others, fluctuation of the accuracy is always very high, going from a few centimetres to various meters of error, whereas costs of such precision equipment for large civic application is still prohibitive.

Fluctuation of accuracy depends largely on the attenuation and multipath phenomena, so rendering very often localization unreliable for precision applications, as for transversal localization of mobiles vehicles, where either a taxiway, railway or a route shall not overlap with another.

THE INVENTION:
After years of study on this matter, let me introduce my invention (PRELOC: PREcision LOCalizer), under laboratory first testing at now, with very high affordable responses at the moment (always under 1mt in part of tested worst conditions).

PRELOC implements an innovative "true localization-loop", where any received satellite data is processed via antennas in a loop with dead-reckoning data based on a dynamic genetic algorithm. The loop is made by: an Antenna Module (with GPS/GNSS/WMN antennas and chipsets), Entry Position Module (EPM- with a dynamic genetic algorithm, a Mahalanobis algoritm, an UKF Kalman filter), GIS Retrieval Module(fetching GIS data by a my innovative Polar-Weak Frechelet algorithm) and comparing GIS and EPM data in the Localizing Verification Module (LVM), with another UKF filter therein. The output correction error of LVM is then fedback to EPM, by reducing it to the minimum after only 1,5 to 3sec., so accuracy results as tested above. Time of the processing loop is 250msec and can furtherly be reduced by integrating circuits in a single SMD. A block diagram of PRELOC is shown on Fig.1. Costs for people after large scale production is estimated lower than 150 US$, with enormous advantages for any safe localization application.