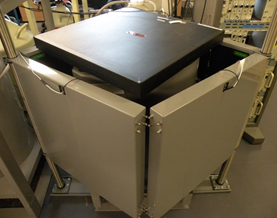 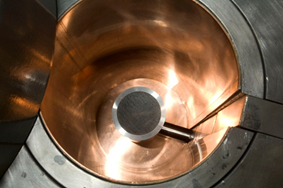 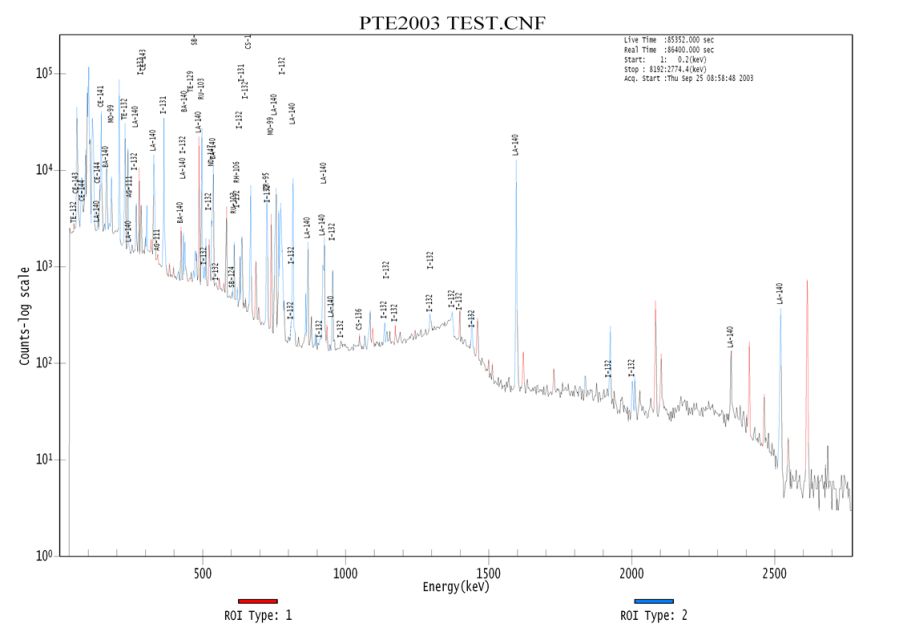 The Comprehensive Nuclear-Test-Ban Treaty (CTBT) bans any nuclear explosions, for military or civil purposes. Until treaty ratification, a verification process is being undertaken for the establishment of a robust international monitoring system (IMS) for treaty compliance. This consists of a network of certified laboratories that perform radiation detection on air filter samples collected from monitoring stations distributed at 80 global stations. These stations are positioned to detect radioactive debris from atmospheric nuclear explosions or vented by underground or underwater nuclear explosions. To detect a nuclear explosion, a very sensitive gamma-radiation detector is required to measure 85 radioactive elements or radionuclides trapped on the air filters. The detection sensitivity of this instrument is limited by background radiation from terrestrial and extra-terrestrial sources.

The contribution from terrestrial sources (including natural radionuclides such as uranium, thorium, radium and radon) can be reduced by surrounding the detector with lead shielding. However, it is much more difficult to reduce the extra-terrestrial component, as this is caused by cosmic-rays (muons and neutrons) that pass through the shielding, producing background radiation within the detector. One expensive option to resolve this problem involves locating the detector deep underground, where cosmic-rays cannot travel. However, a novel technique has been developed by the UK CTBT Radionuclide Laboratory that involves surrounding the gamma-spectrometer radiation detector with special cosmic-radiation detectors that measure incoming cosmic-rays. Extremely sensitive digital signal processing electronics accurately record the time of these radiation events within 100 ns, and if a coincidence signal is detected between the cosmic-radiation detectors and the gamma-spectrometer, the unwanted background radiation is deleted or vetoed. This provides a much more affordable option for reducing the extra-terrestrial background radiation, without the requirement to build an underground laboratory. The estimated cost is $150,000 for a cosmic veto system compared to above $10,000,000 for an underground laboratory.

During a typical 5 day measurement, this novel cosmic veto system reduces the background radiation by an average of 54.5%, and improves the detection sensitivity of the 85 radionuclides by 20.0 – 40.9%. One of these radionuclides is barium-140 produced from a nuclear weapons explosion. The CTBT requires a certain sensitivity to be achieved (24 mBq, this is a unit of radioactivity) and this is typically achieved after 5 – 7 days conventional gamma-spectrometer measurement. Using the cosmic veto system, this sensitivity can be obtained after just 2 days (this gives an improved sensitivity of 22.3 mBq). After 5 days this sensitivity is further improved (15.4 mBq). This is very advantageous for rapid identification of nuclear weapons explosions and ensuring compliance with the CTBT. The system was also tested using a sample collected during the Fukushima reactor incident (11 March 2011). The detection sensitivity for radionuclides produced within a nuclear reactor was improved by 21.9 – 31.2% allowing enhanced identification and mitigation of nuclear reactor accidents.