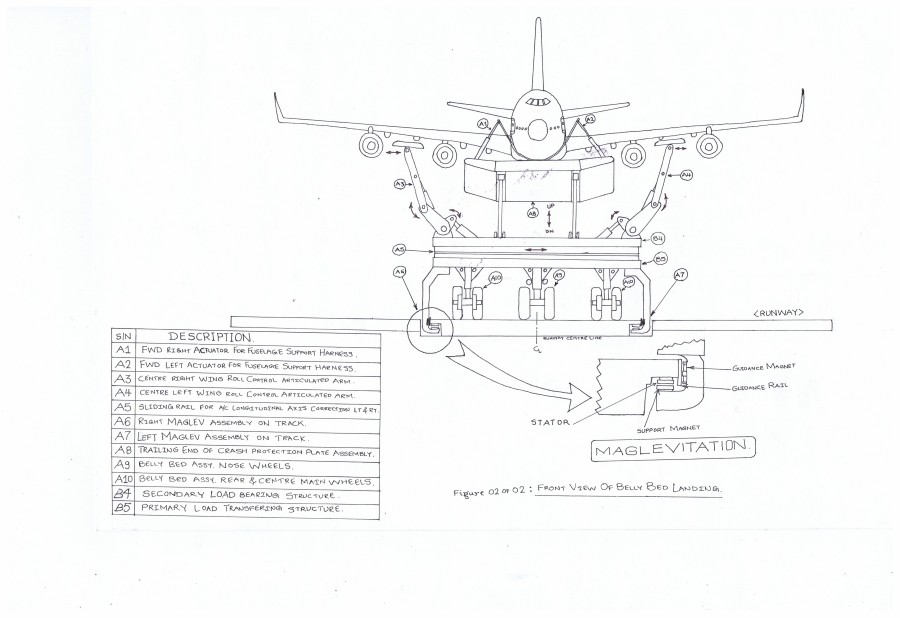 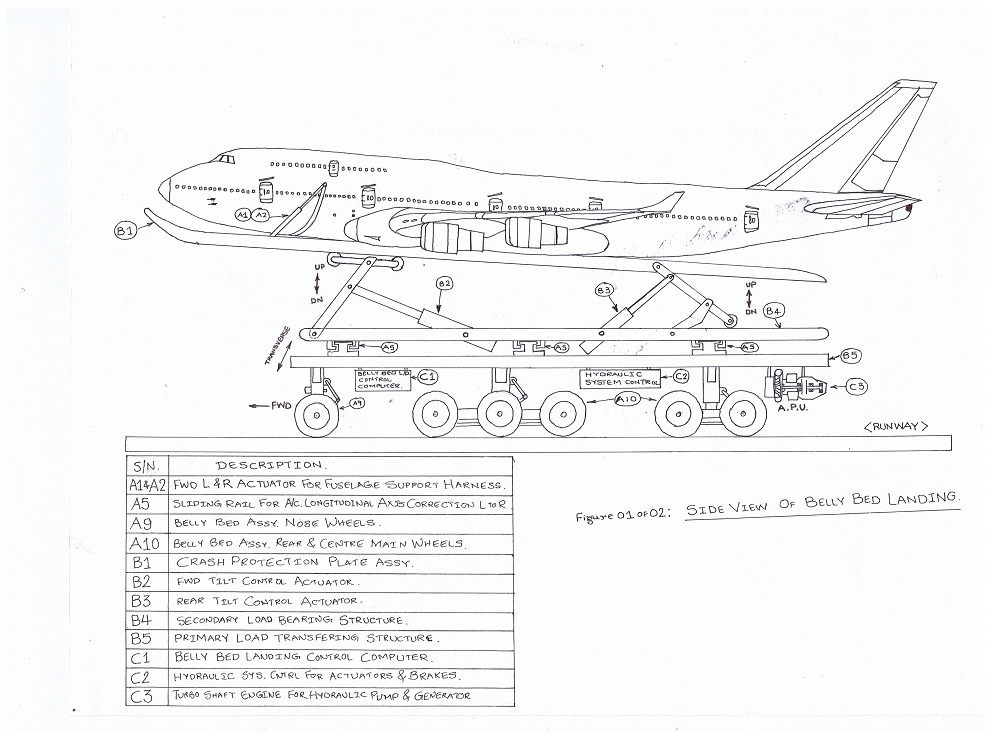 It's hard for an Air Traffic Controller to decide the fate of an aircraft and the people onboard the aircraft when the landing gear does not extend or any one of the gear does not extend by diverting to a sea or a river or a forced belly landing on a runway surface. With tremendous risk involving fire during a belly landing or sinking in water also we have past history which clearly indicates an urgency to cater to the need for safety of the people onboard also to minimize the damage to an aircraft. As the need for safety has risen because of an increase in air traffic today and also it's a must for the world's busiest airports where you don’t want aircraft debris on the runway to hamper the traffic flow.

By making use of all possible engineering efforts there is no doubt this issue can be resolved. And to an extent can save many lives on board with the least damage to an aircraft structure.

Universal Aircraft Belly Bed Landing Control Equipment can be installed at the start of the runway which is designed to accommodate large to small Commercial jet liners and also business jets. As there are few important factors governing controlled belly bed landing like airspeed of an aircraft just before entering the runway, glide slope angle, weight. Airspeed information can be taken from ATC through radio communication & also from ATC radar; glide slope can also be taken from the aircraft in distress. Motion sensing equipment installed in the vicinity of the runway can give accurate attitude of an approaching aircraft. These inputs can be helpful to belly bed landing control computer to position the equipment just under the belly of an aircraft in distress. By use of Maglevitation Propulsion principle the equipment ground speed can bring to the airspeed of the distress aircraft in few seconds to avoid miss, also it can align the aircrafts longitudinal axis with transverse movements. As aircraft makes contact with crash protection plate assembly (C.R.P.A) its Fwd L & R actuator for fuselage support harness can be deployed with aircrafts Thrust Reverser in operation also articulated arms can support both wings for lateral stability. C.R.P.A. surface with variable fuselage contour & gripping properties and increasing angle of incidence of the entire plate can help to reduce the inertia of the aircraft. Wheel Brakes of the equipment can drastically reduce the speed also with use of maglev repulsion braking effect. Hydraulic power and electrical energy can be taken from a fitted turboshaft engine (as A.P.U) with use of actuators controlling the operation by Hydraulic Control System.