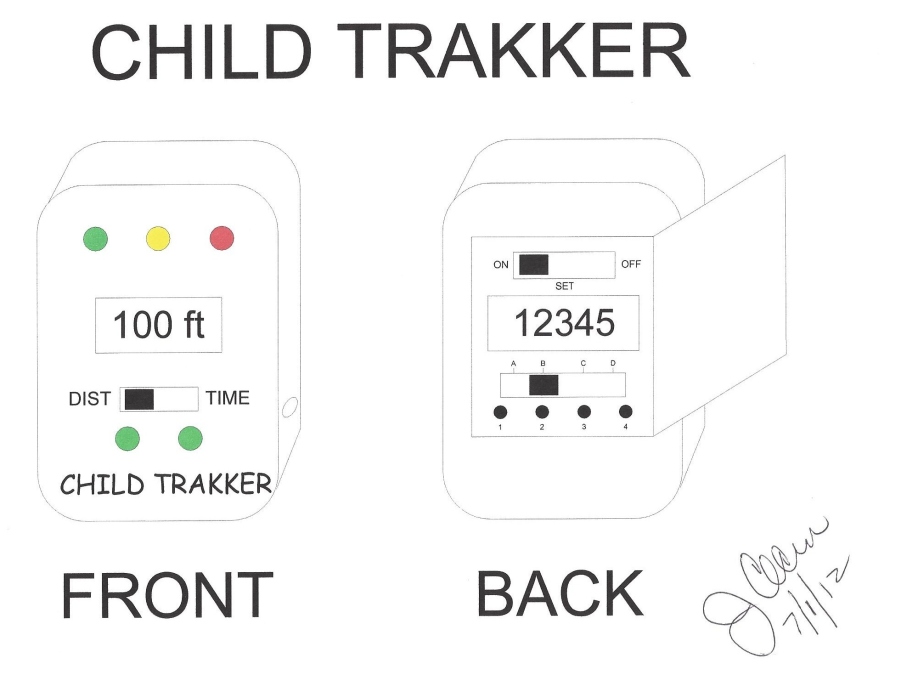 Parents are concerned about the whereabouts of their children but it is impractical, if not impossible, to keep an eye on them at all times. This simple device will monitor the location of their child and let the parent know if he/she wanders outside either a predetermined distance or beyond specific locations that are entered into the system. The base station, similar to a baby monitor, would incorporate a rechargeable battery for portability and be small enough to be carried in a pocket or purse. The bracelet would be placed on the child’s ankle or wrist, with the former being the preferred location. The system would allow the child to play relatively unattended but be under constant watch from a close distance away. Along with being used at home, the device could also be useful at amusement parks, grocery or department stores, or any other public places where children have a tendency to wander.

The device can be set either by entering a specific distance or by placing the bracelet at a specific location or distance and setting the base to recognize this as the "boundary". Different models would have the capability of working with a single bracelet or with multiple bracelets. The adjustable bracelet would be manufactured from a soft rubbery material and be powered by a long lasting watch battery. The base station would be easily programmed via a few buttons similar to those used to program a clock radio. The unit would also monitor the battery status of both the base station and the bracelet.