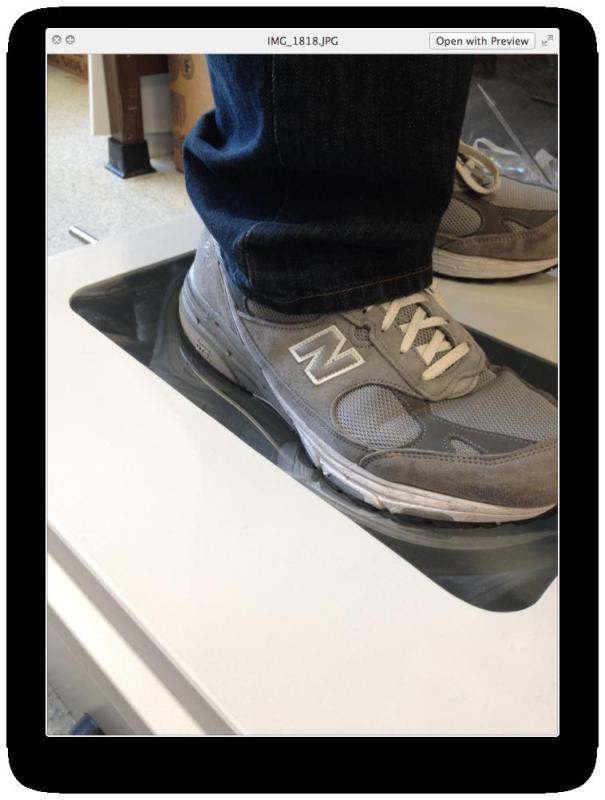 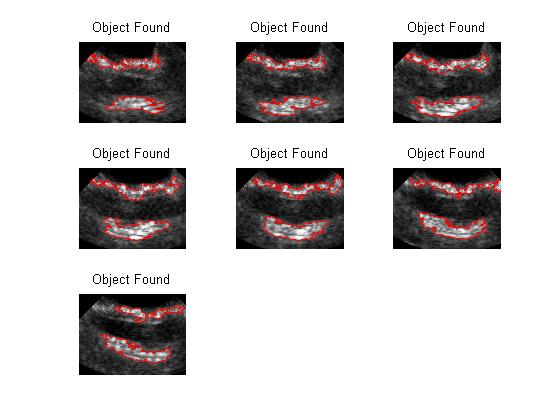 The proposed system provides a method for the detection of shoe bombs using ultrasound imaging. Currently, there is no detection method designed for this purpose that allows the travelers to pass through security without removing their shoes. This creates traffic at security checkpoints within airports and can pose health risks. For this device, a traveler will step onto a coupling platform that will have an ultrasound transducer underneath. The coupling surface is specially designed with a special type of strong plastic film to hold up to 300 pounds and be flexible enough to conform to the treads of flat soled shoes. This maintains durability without having to sacrifice imaging quality of the scan. The transducer is moved using a linear actuator, allowing it to scan and capture a video of the shoe. Detection software will then convert the video to static images and analyze them using various image processing techniques such as contrast limited adaptive histogram equalization and speckle reduction.

Anomalies within the shoe are detected based on their gray scale values relative to that of the scanned shoe, as well as their sizes. If an anomaly is determined to pose a threat a silent alarm will be triggered issuing an alert to security personnel. This alert will display the image frames containing the dangerous anomalies traced with a red outline. This allows for personnel to pinpoint where exactly in the shoe the threat is located. A message will also alert personnel to take the passenger aside and further check the shoes.

This will create a more effective security process for airports, allowing more passengers to be analyzed per minute than the current method of removing shoes and scanning them with X-ray technology. The system will allow security to have a clear image of the shoe and be silently alerted to shoes that may contain a threat. The device is easily incorporated into the existing infrastructure of security checkpoints by either being installed directly into the floor, or by requiring passengers to walk up a small ramp if placing it within the ground cannot be done. The device can also be installed directly into the base of existing security scanners such as full body scanners that are already installed within airport security checkpoints.

The cost of a single unit has been calculated to be approximately $15,000. This is an incremental cost to existing security checkpoints considering equipment within checkpoints such as X-ray scanners and full body scanners exceeds $200,000. The system can also be used in other places that need security of this type such as cruise ship checkpoints and embassies. The market for this device is an international one as the TSA, which has requested such a device be made, sets security regulations for incoming flights to the US as well as for all airports within the US. This system is able to facilitate movement through security checkpoints, allowing for a faster throughput of passengers without sacrificing the safety and reliability of the checkpoint itself.